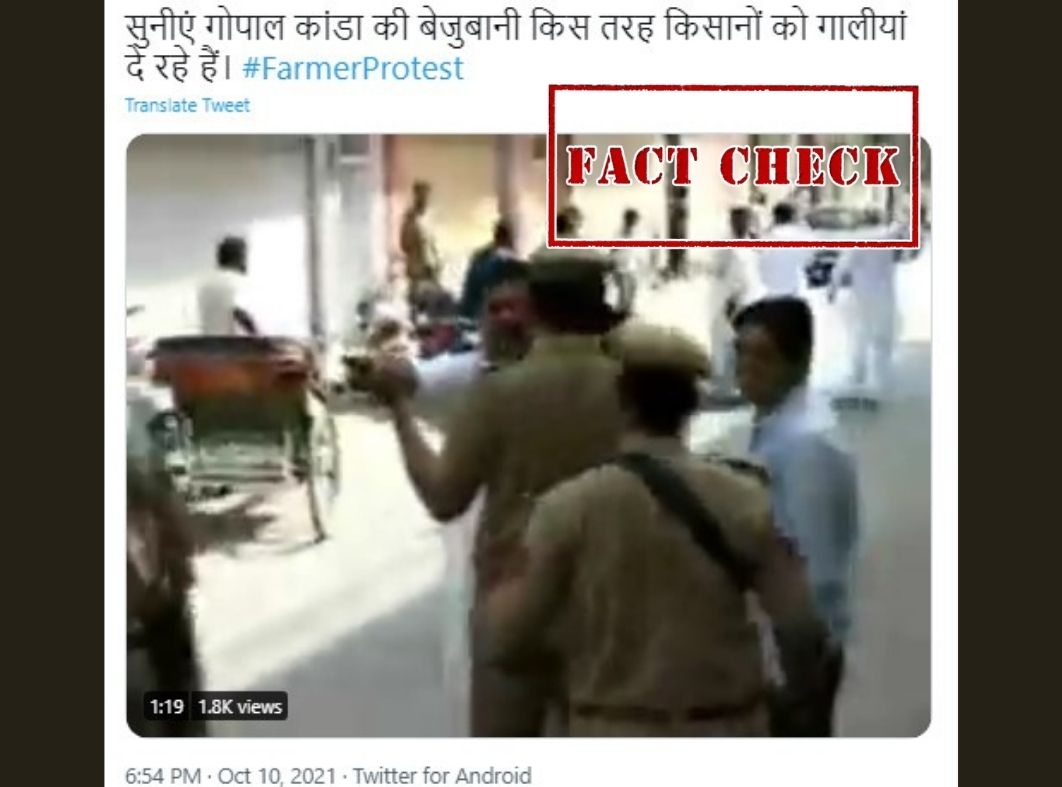 A Facebook user shared the video with a caption that translates to, “Listen to how Gopal Kanda, BJP candidate in Ellenabad by-election, is abusing the farmers who were peacefully protesting. Also talking about opening fire at the farmers, also listen to the language of Khattar police. 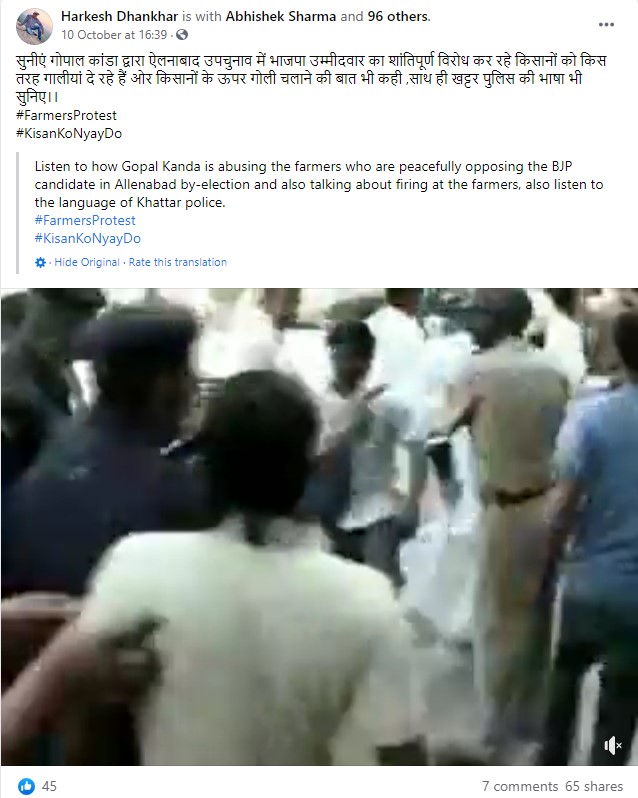 NewsMobile fact-checked the viral post and found that it is being shared with a false claim. The incident shown in the viral video dates back to April 3, 2010.

With the help of relevant keyword searches on Google, we found the same video uploaded on YouTube on June 27, 2012. 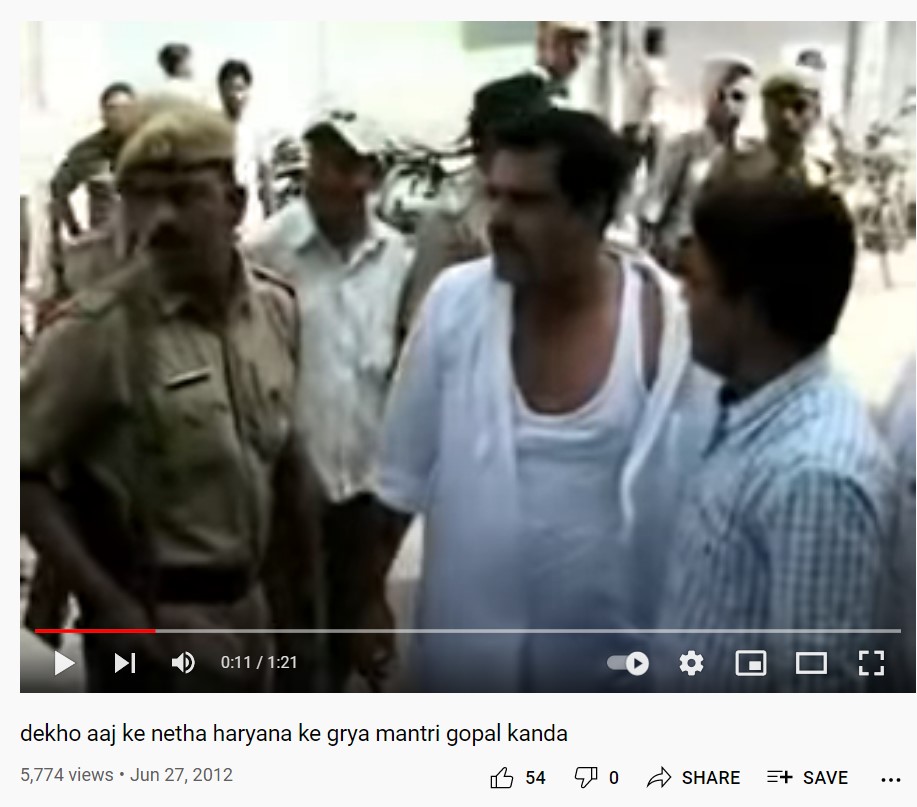 Taking a cue from this, we searched further and found a report by News18 published on April 5, 2010, according to which an argument erupted between then Minister of State for Home in Haryana Gopal Kanda and Indian National Lok Dal workers, following which Kanda ordered his personal security officers to open fire in a crowded market place where shopkeepers were observing a bandh call. 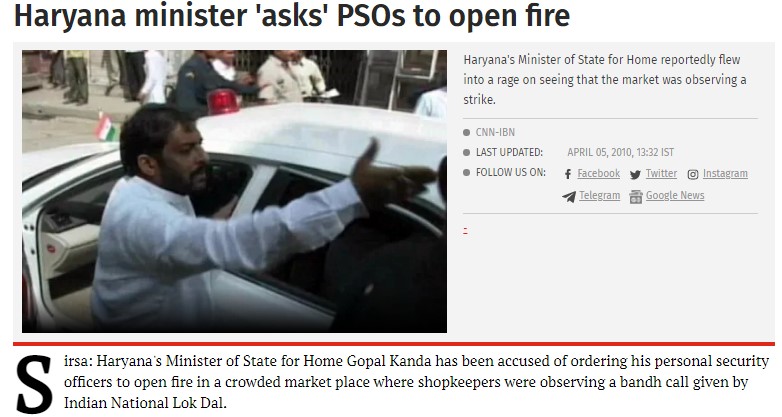 In 2012, the Supreme Court sought his reply to a plea for his prosecution for allegedly beating some Indian National Lok Dal (INLD) workers in 2010.

“In a fresh trouble for former Haryana Minister Gopal Kanda, facing probe in the suicide case of an ex-air hostess, the Supreme Court today sought his reply to a plea for his prosecution for allegedly beating some Indian National Lok Dal (INLD) workers in 2010,” reads another report by Indian Express published on August 9, 2012.

Therefore, an old-unrelated video of Gopal Kanda is being falsely shared in connection with the ongoing farmers’ protest.