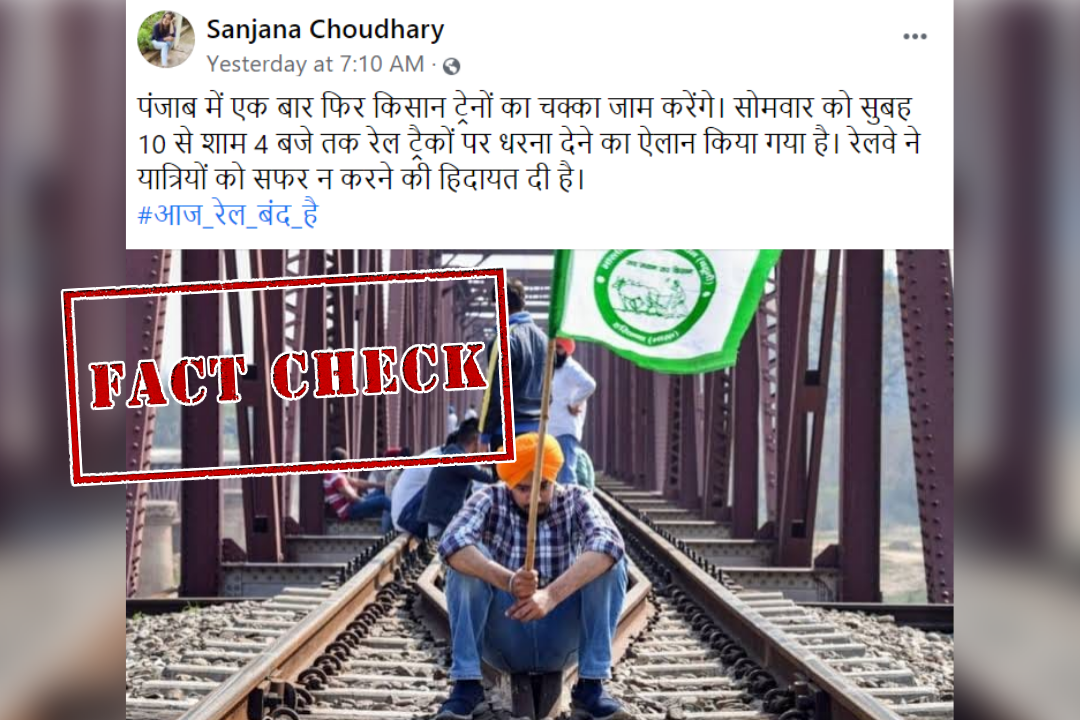 Farmers’ body Samyukta Kisan Morcha staged a nationwide ‘Rail Roko‘ on October 18, 2021, demanding the dismissal of union minister Ajay Mishra and arrest of his son Ashish Mishra for allegedly running over a group of protesters in Lakhimpur Kheri in Uttar Pradesh. In this backdrop, an image in which a man is sitting in the middle of a railway track, holding a green and white flag has gone viral on social media claiming that it is from the recent ‘Rail Roko’ protest.

The image is being shared on Facebook with a caption in Hindi that can be roughly translated in English to: “Farmers will once again block the wheels of trains in Punjab. It has been announced to hold a dharna on the railway tracks from 10 am to 4 pm on Monday. Railways have instructed passengers not to travel.” 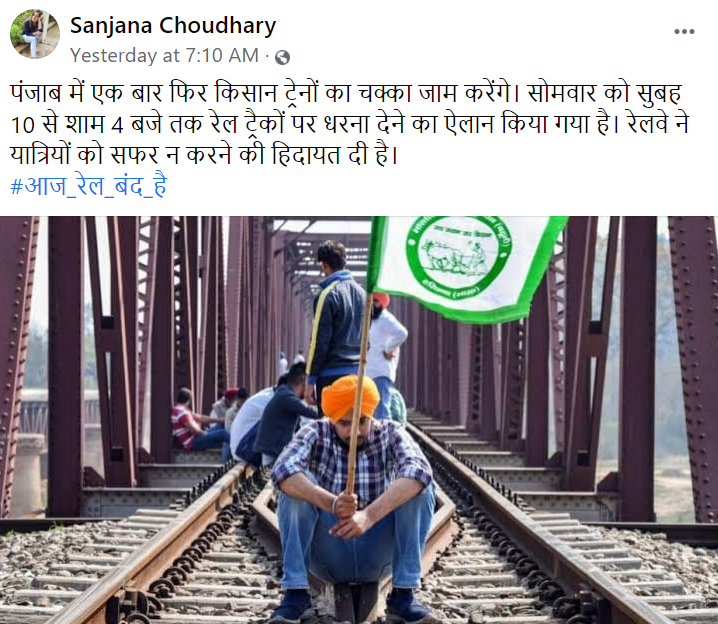 A simple Reverse Image Search directed us to a news article by The Hindu dated February 18, 2021, which carried the same viral image. The caption of the image reads, “Protesting farmers block railway tracks as part of the nationwide ‘Rail Roko’ Andolan, at Shahpur in Ambala, Thursday, Feb. 18, 2021.” The headline of the article reads, “Farmers’ rail roko agitation: 25 trains regulated in northern railway zone.” 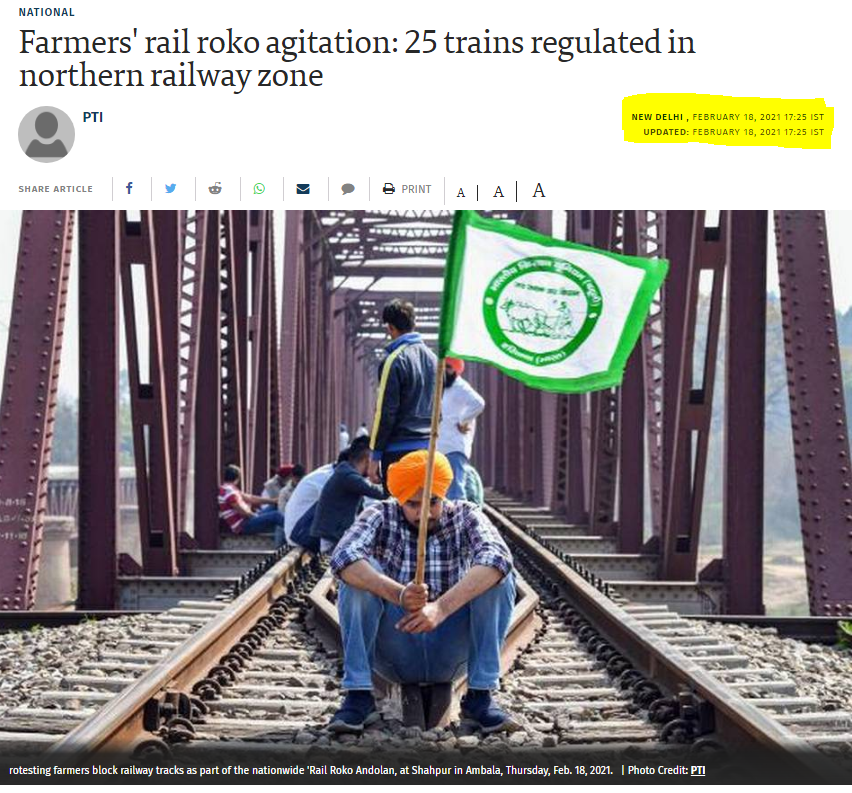 Searching further, we found the same image featured in another news article published on February 19, 2021. We noticed that the image credits were given to PTI. According to the article, a nationwide ‘rail roko’ programme was called by the farmer unions in protest against the contentious farm laws ratified by the Parliament which disrupted train services in few states. 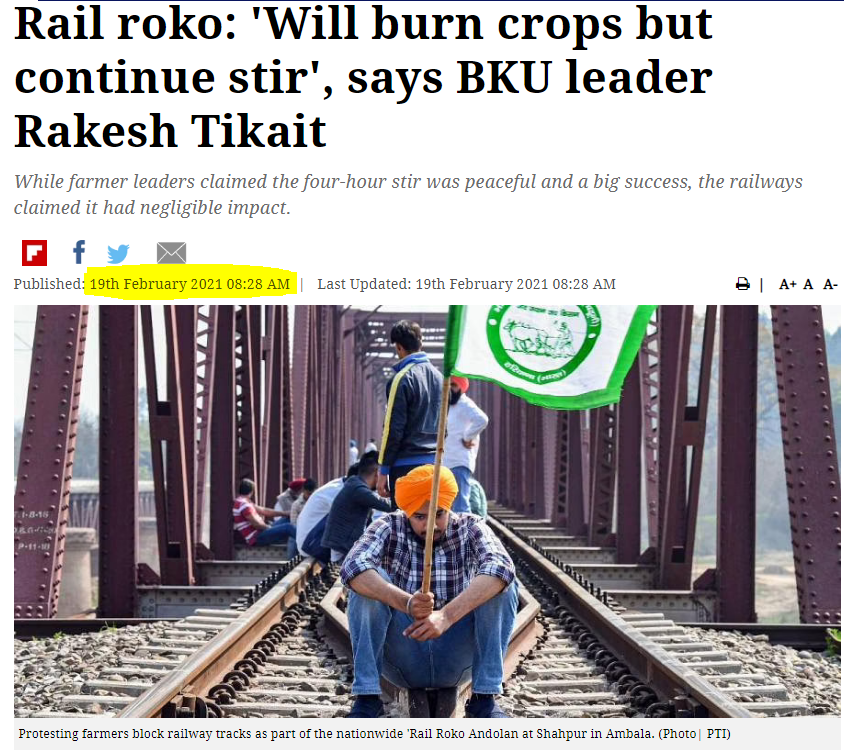 We also found the same image in the archives of PTI with the keyword “rail roko Andolan at Shahpur.”

Thus, it is evident from the above information that an old image of farmers’ ‘rail roko’ protest is being falsely shared as recent. Therefore, the viral claim is misleading.