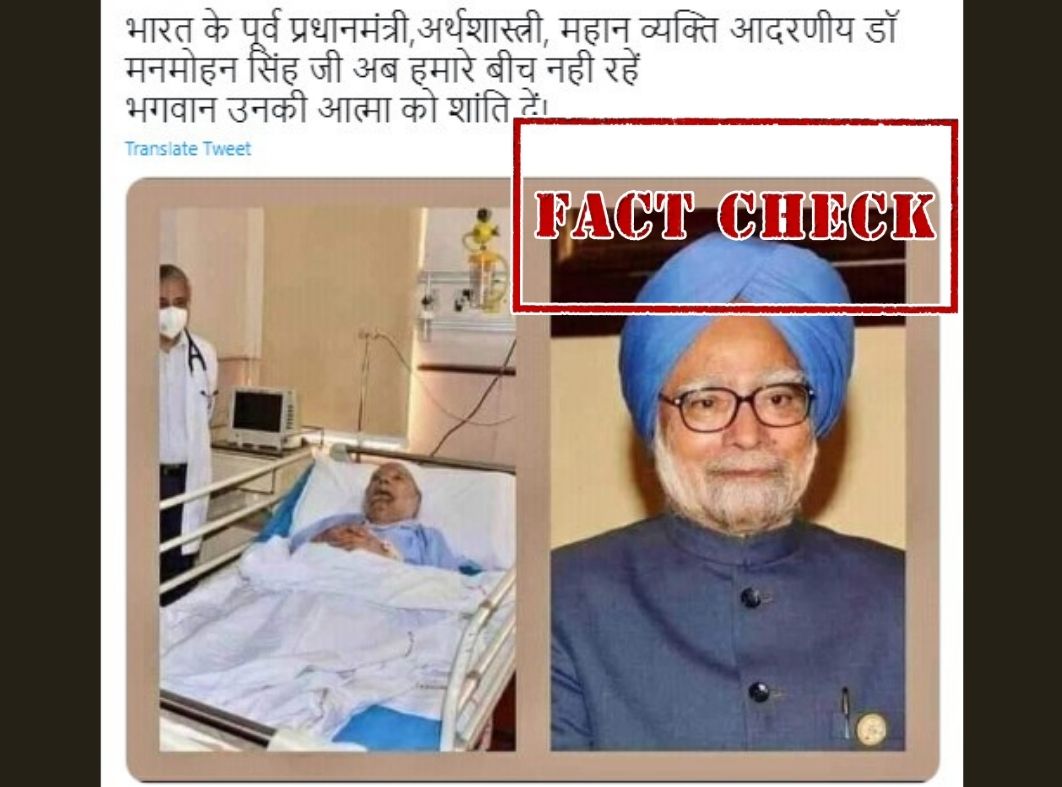 Former Prime Minister Dr Manmohan Singh was admitted to All India Institute of Medical Science (AIIMS) on October 13, 2021, due to fever and weakness. Following this, a post has surfaced on social media platforms claiming that he has passed away.

A Facebook user shared the post with a caption in Hindi that translates to “Former Prime Minister of India, Economist, Great Person Respected Dr. Manmohan Singh Ji is no more with us. May his soul rest in peace” 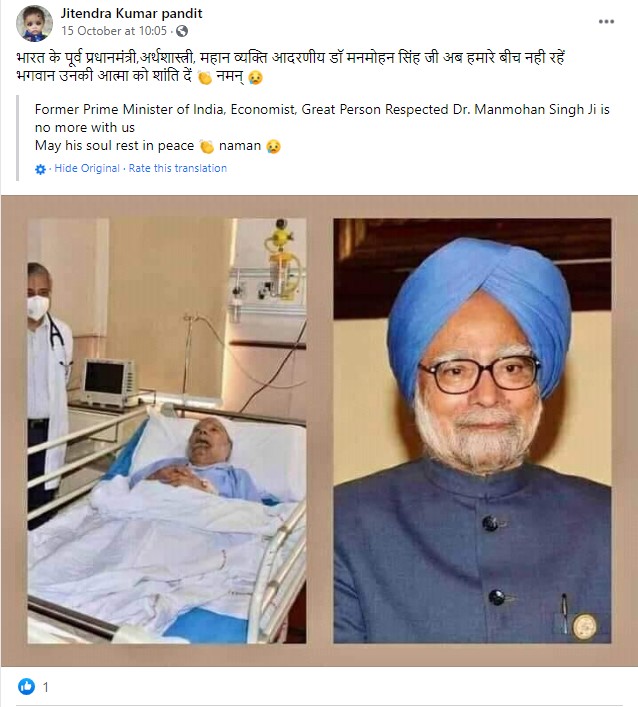 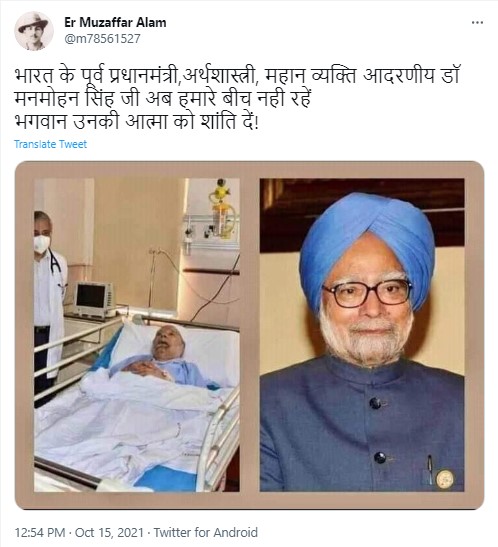 NewsMobile fact-checked the viral post and found it to be shared with a false claim.

We looked for recent media reports but did not find any report corroborating the viral claim.

Quoting doctors at AIIMS, news agency ANI reported on October 15 that Dr Singh’s health condition is stable and he is recovering.

Later that day, Pranav Jha, Congress spokesperson took to Twitter and informed that Dr Singh is doing fine and is better than before. He wrote, “This is to inform that Dr. Manmohan Singh ji is doing fine. He is better than yesterday. Let’s all wish him a speedy recovery. Any unfounded speculation is unnecessary and in bad taste. Also request all to respect the Former PM’s privacy. Thank you! #HappyDussehra2021.” 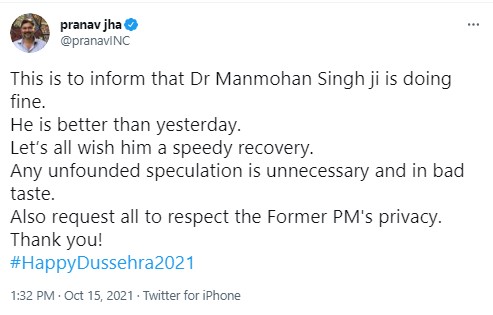 Moreover, on October 18, the official page of Telangana Congress took to Twitter and refuted claims about Dr. Singh’s purported demise. “Former PM Dr. Manmohan Singh is well and recovering as of now. Please do not spread fake news about Dr. Singh’s health condition,” read the tweet.

Therefore, we can conclude that the posts claiming that former PM Manmohan Singh has passed away are false.