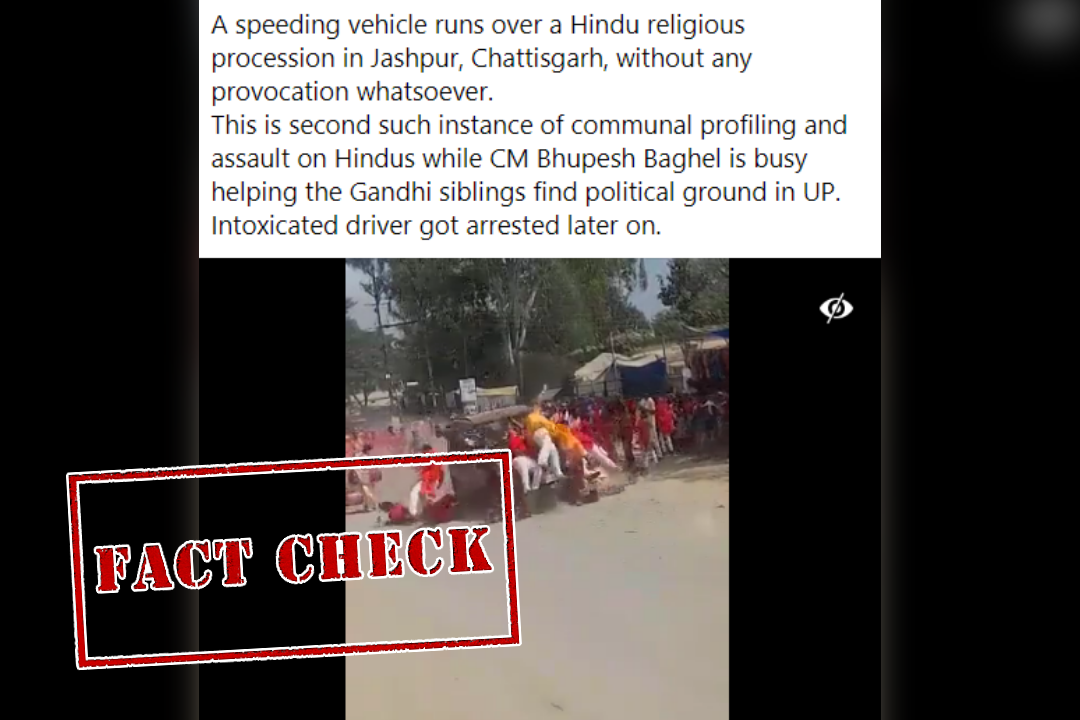 A video showing a car speeding over a crowd going for Durga idol immersion has gone viral on social media. It is being claimed that it shows another incident of communal violence in Chhattisgarh.

The video is being shared on Facebook with a caption that reads, “A speeding vehicle runs over a Hindu religious procession in Jashpur, Chattisgarh, without any provocation whatsoever. This is the second such instance of communal profiling and assault on Hindus while CM Bhupesh Baghel is busy helping the Gandhi siblings find political ground in UP. An intoxicated driver got arrested later on.” 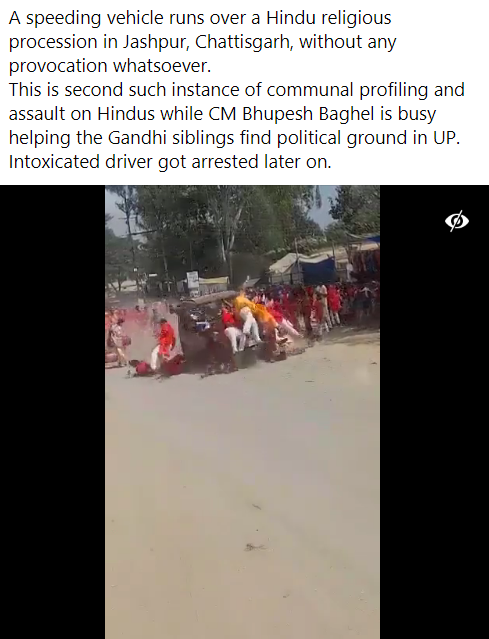 Starting with our investigation, we did a keyword search and found that many news articles reported the same incident stating: “In a shocking video that has gone viral on social media, one person has died and many have been injured after a speeding car rammed into a procession of Durga Puja devotees who were on their way to immerse the idol of Goddess Durga in Jashpur’s Pathalgaon in Chhattisgarh.”

According to a news report published by the Scroll on October 15, 2021, “The accused have been identified as 21-year-old Bablu Vishwakarma and 26-year-old Shishupal Sahu. The police said Vishwakarma and Sahu are residents of Madhya Pradesh.” 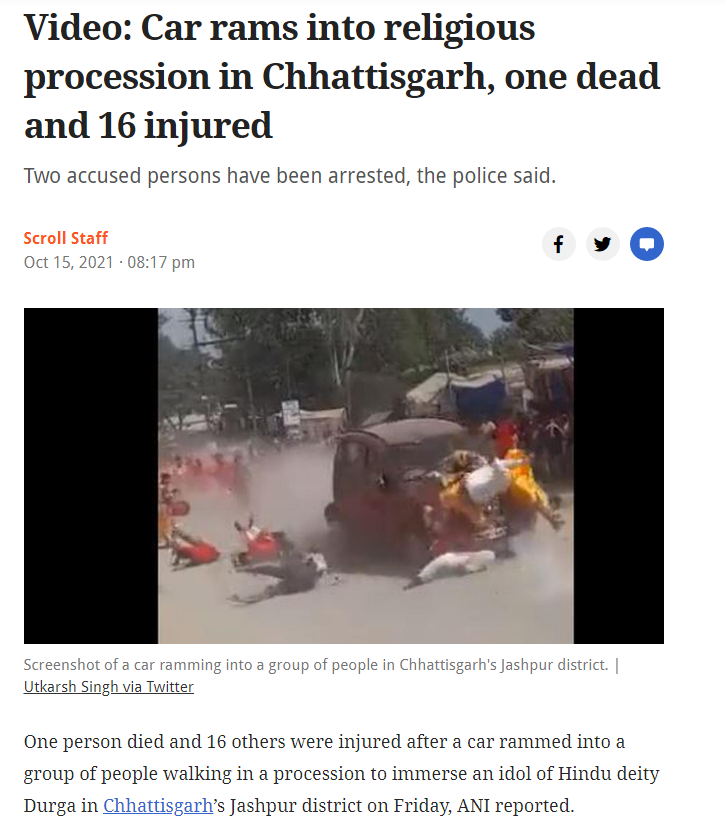 The Tribune reported that the accused who were caught in Mahindra Xylo were allegedly smuggling Ganja (cannabis). None of the news reports mentioned anything related to the communal angles as claimed in the viral post.

Searching further, we found a tweet dated October 16, 2021, by Chhattisgarh Chief Minister Bhupesh Baghel in which he announced compensation for the family of the deceased. He further stated that the accused have been arrested and the probe is on.

Thus, it is evident from the above information that a video showing the Chhattisgarh Dussehra accident is being falsely shared with a communal spin.