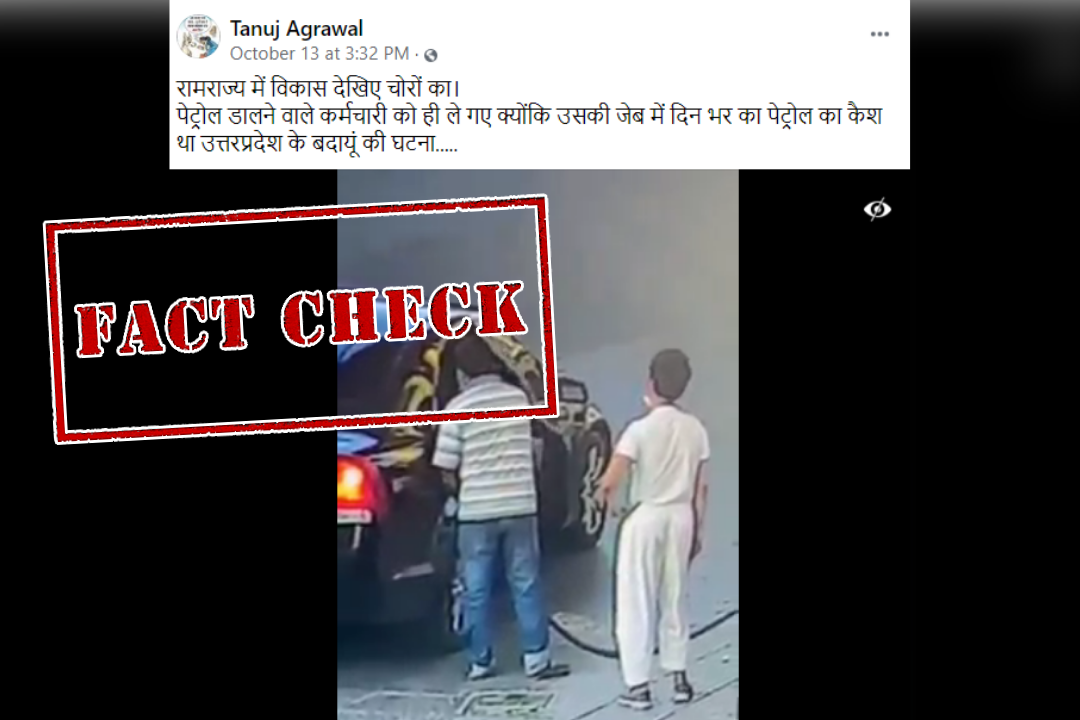 A CCTV footage of a kidnapping near a petrol pump has gone viral on social media with a claim that it happened in Badaun, Uttar Pradesh.

The video is being shared on Facebook with a caption in Hindi that can be roughly translated in English to, “Watch the development of thieves in Ram Rajya. Took away the employee who refilled petrol because he had cash from petrol sales in his pocket for the day. Incident of Badaun, Uttar Pradesh.” 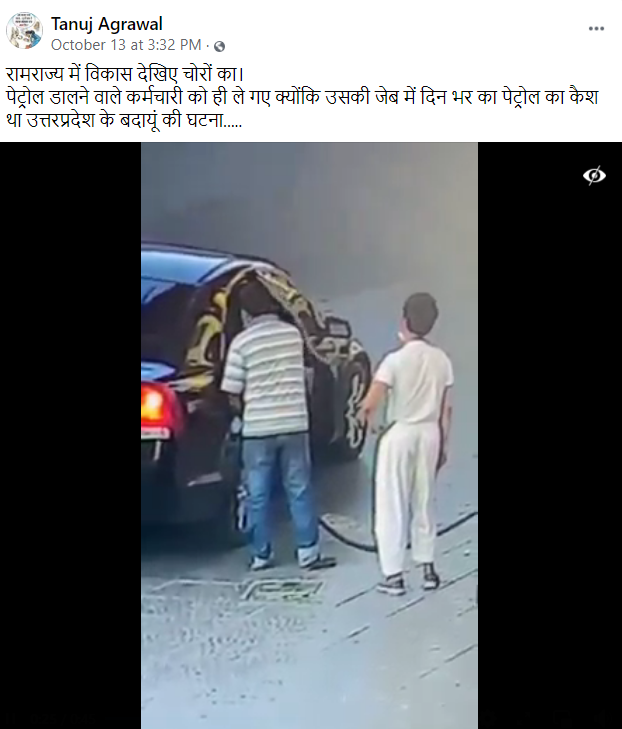 Starting with our investigation, we extracted keyframes from the video and performed a Reverse Image Search. This led us to a news article dated October 2, 2021, published by GulfNews that carried a similar visual. According to the article, “Three Saudi citizens have been arrested for kidnapping a gas station worker in the Hail area, local media reported. A video clip of the incident has gone viral on social media, showing the moment the gas station worker being kidnapped and pushed inside a vehicle.” 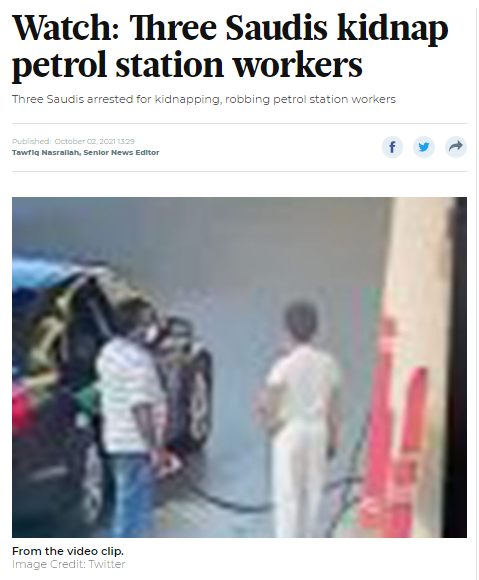 The article carried a tweet link dated September 29, 2021, which featured the same viral video with a caption in Arabic that can be roughly translated in English to, “Video.  Surveillance cameras document that a young man kidnapped a gas station worker inside their vehicle after defrauding him and fled the site.”

Searching further, we found another news article published on October 1, 2021, that stated, “The police of the Hail region in Saudi Arabia have arrested 3 Saudi citizens who committed two assaults and robberies against residents working in two gas stations.” Check a similar news report here. 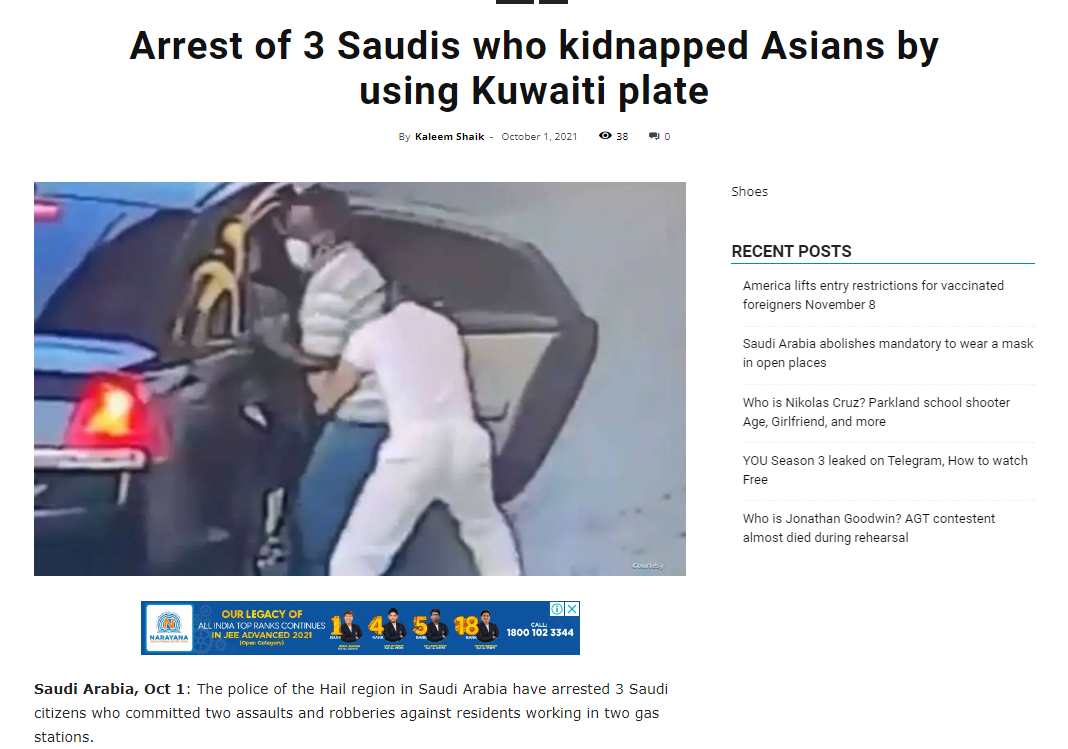 We also found a tweet uploaded on the official Twitter handle of Saudi Arabia Public Security which stated, “Hail Police arrests (3) citizens who committed two assaults and robberies on residents who work at two gas stations.”

Thus, it is evident from the above information that a kidnapping video from Saudi Arabia is being falsely shared as that of Badaun in Uttar Pradesh.