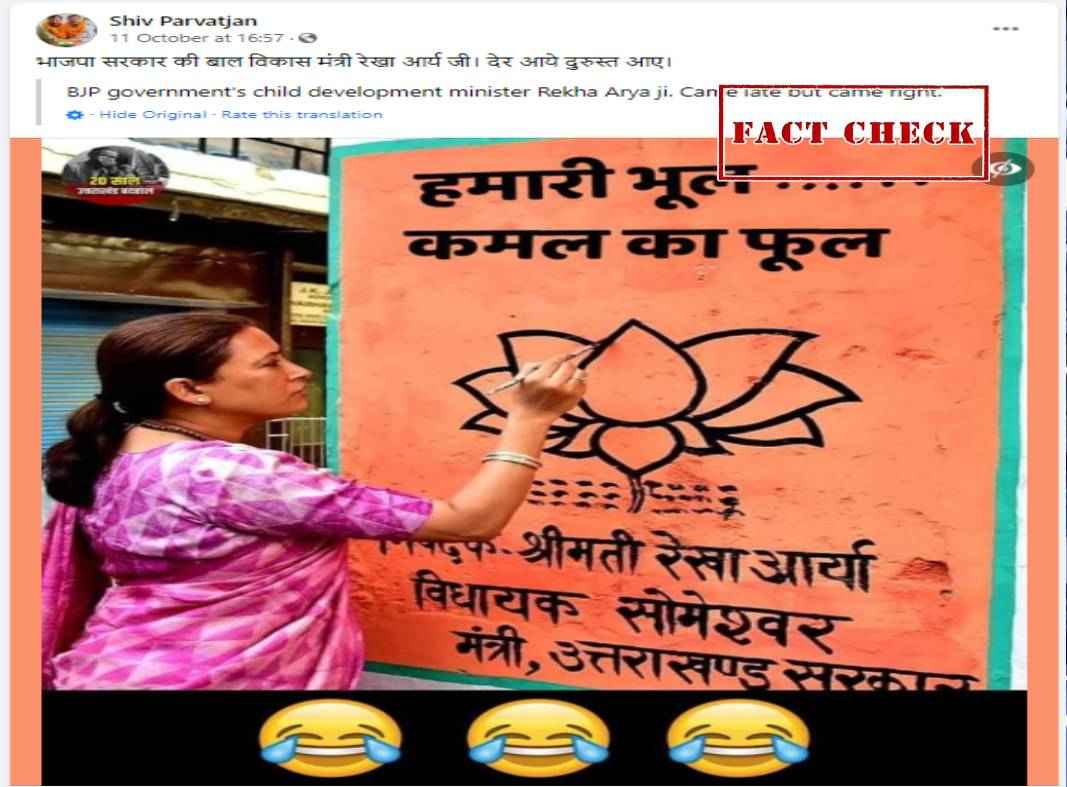 An image has gone viral on social media in which Uttarakhand’s Minister of State for Women and Child Welfare Rekha Arya can be seen writing on a wall. 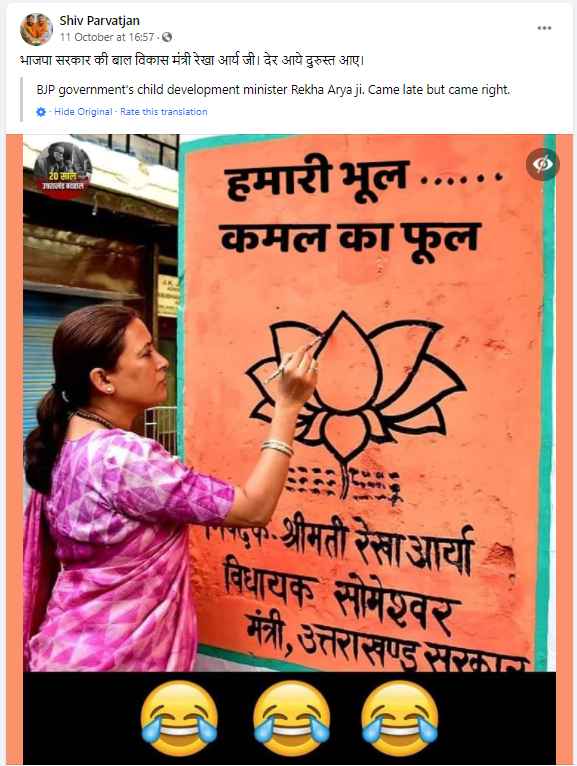 On doing a Google Reverse Image Search, we came across Rekha Arya Fan Page on Facebook where a juxtaposed image comprising both the viral and the original image was uploaded on October 15, 2021. In the original image, the text read “अब की बार 60 पार” (This time more than 60) instead of “हमारी भूल कमल का फूल” (Our mistake, lotus flower). 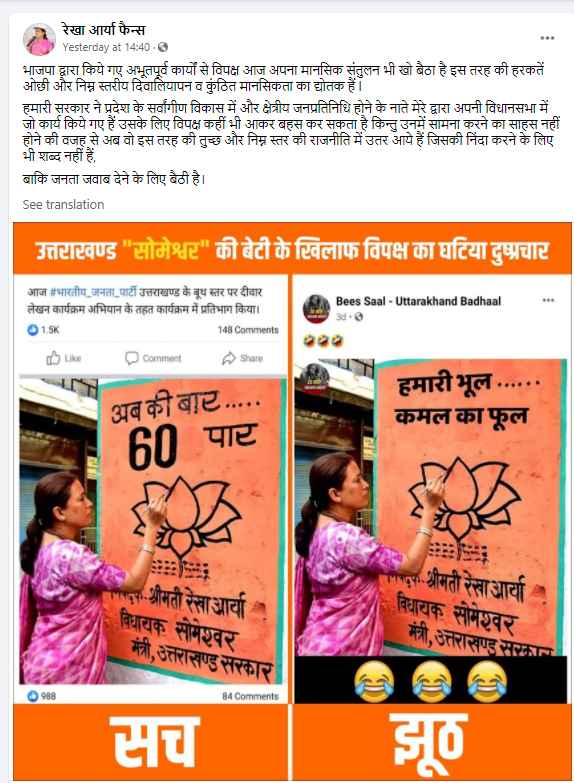 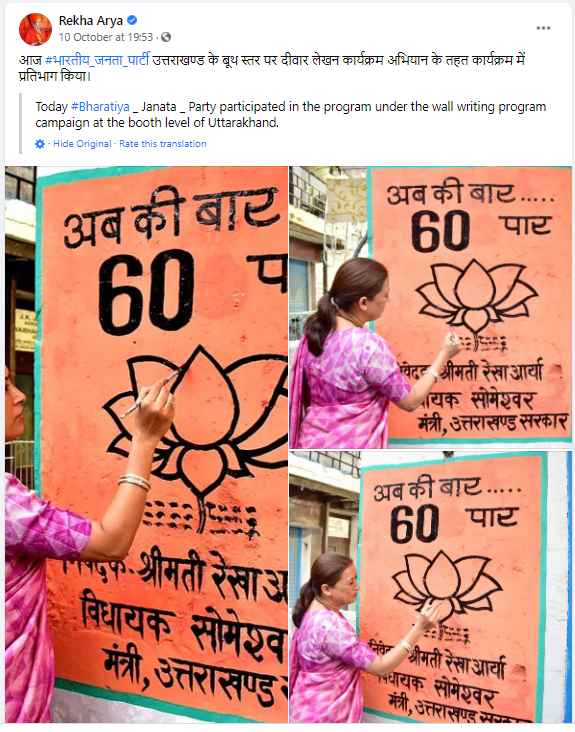 Hence, we can confirm that a morphed image has gone viral with a fake claim that Uttarakhand minister and BJP leader Rekha Arya had taken a jibe at her own party.