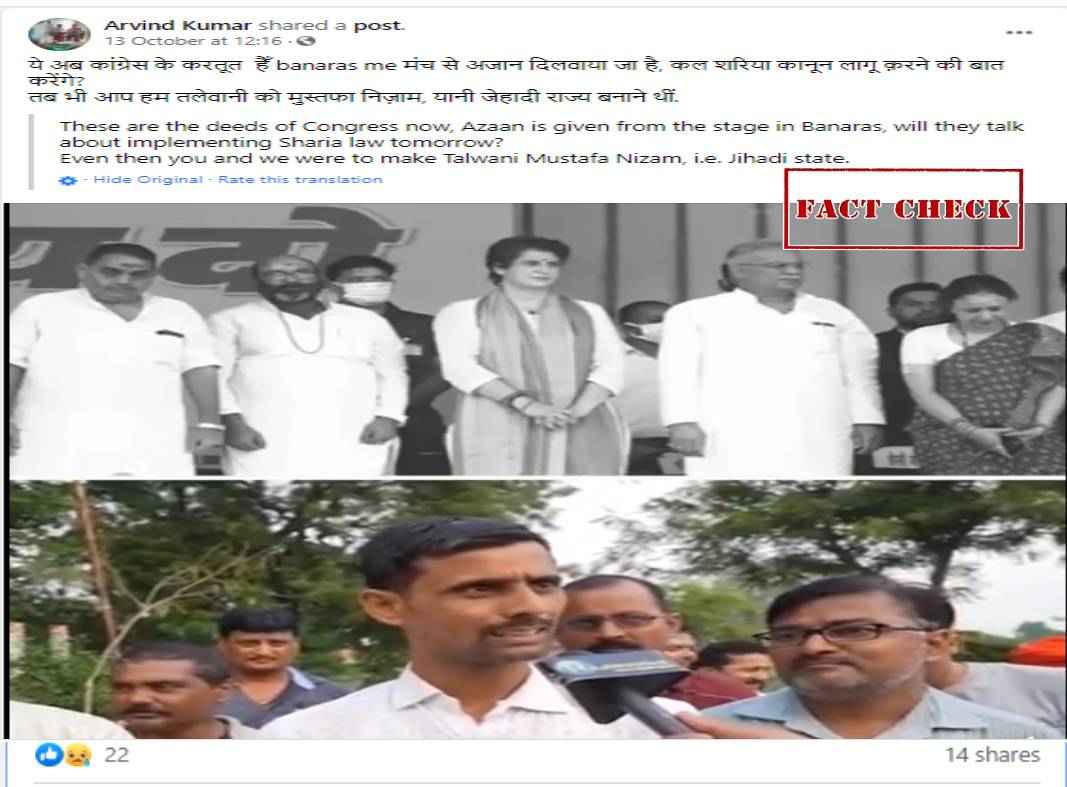 A video collage is doing rounds on social media, in which the first video shows azaan being played from the dais at a Kisan Nyan rally in Varanasi and the second video shows people talking to a reporter talking against azaan recital on stage where Congress leaders were present.

The post is shared with a caption that reads, “ये अब कांग्रेस के करतूत हैँ banaras me मंच से अजान दिलवाया जा है, कल शरिया कानून लागू क़रने की बात करेंगे? तब भी आप हम तलेवानी को मुस्तफा निज़ाम, यानी जेहादी राज्य बनाने थीं.” (English translation: These are the deeds of Congress now, Azaan is given from the stage in Banaras, will they talk about implementing Sharia law tomorrow?Even then you and we will have to make Talwani Mustafa Nizam, i.e. Jihadi state.) 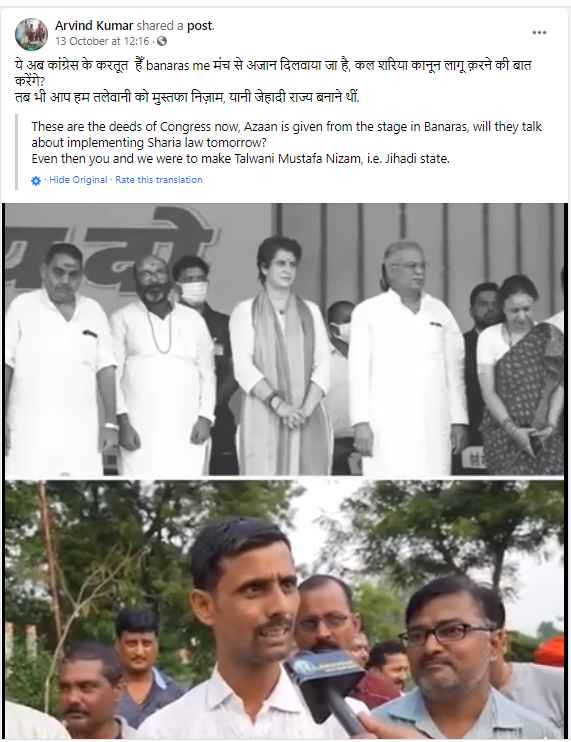 We took screengrabs of the video in which Congress leader Priyanka Gandhi can be seen on stage and did a Google Reverse Image Search with it. On doing so, we found that the same video was uploaded by Congress on its YouTube channel on October 10, 2021, with a  headline that read, “LIVE: Smt Priyanka Gandhi addresses Kisan Nyay Rally in Varanasi, Uttar Pradesh.” 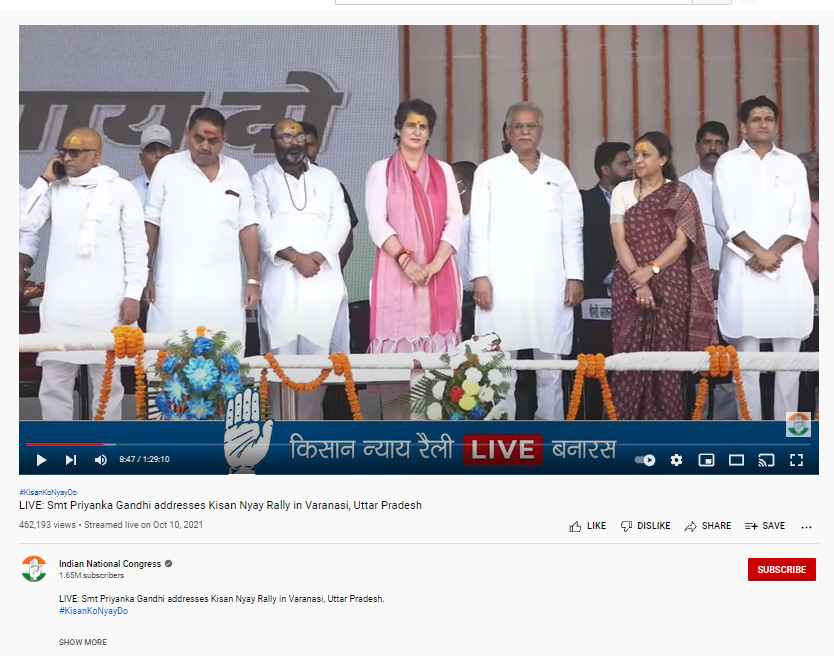 According to a report published by Hindustan Times, Congress held a rally on October 10, 2021, in Varanasi, where Priyanka Gandhi Vadra was present. It was earlier named as ‘Pratigya rally’ but after the Lakhimpur Kheri case, ‘in which son of BJP Union Minister was accused of mowing down the protesting farmers in Uttar Pradesh’, the rally was renamed as ‘Kisan rally’.

We also spoke to a local reporter of a hyperlocal news channel, who told us, “The prayers from the major religions of India were played from the stage with a message of communal harmony and not just azaan. People are just sharing a part of the incident and showing Congress was promoting Islam.”

Thus, a clipped video of Kisan rally in Varanasi has gone viral to misleadingly show that Congress was promoting Islam through its stage.