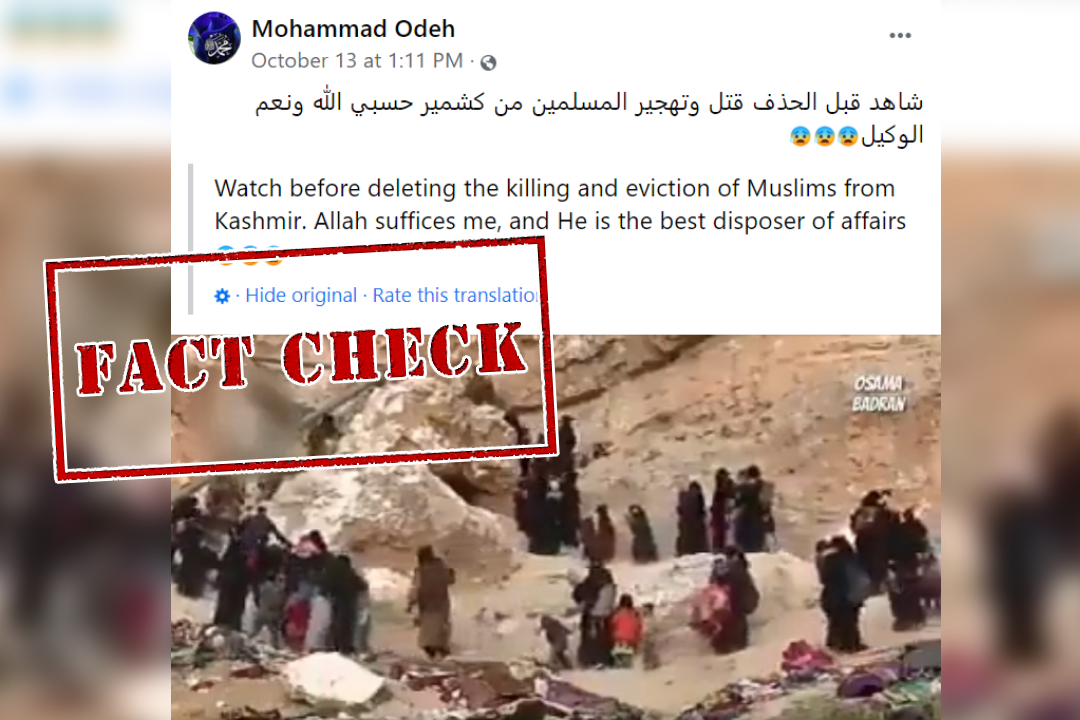 A video showing a group of people, including women and children, escaping through mountain ranges has gone viral on social media. It is being claimed through this video that it shows displacement of muslims from Kashmir.

The video is being shared on Facebook with a caption in Arabic which can be roughly translated in English to, “Watch before deleting the killing and eviction of Muslims from Kashmir. Allah suffices me, and He is the best disposer of affairs.” 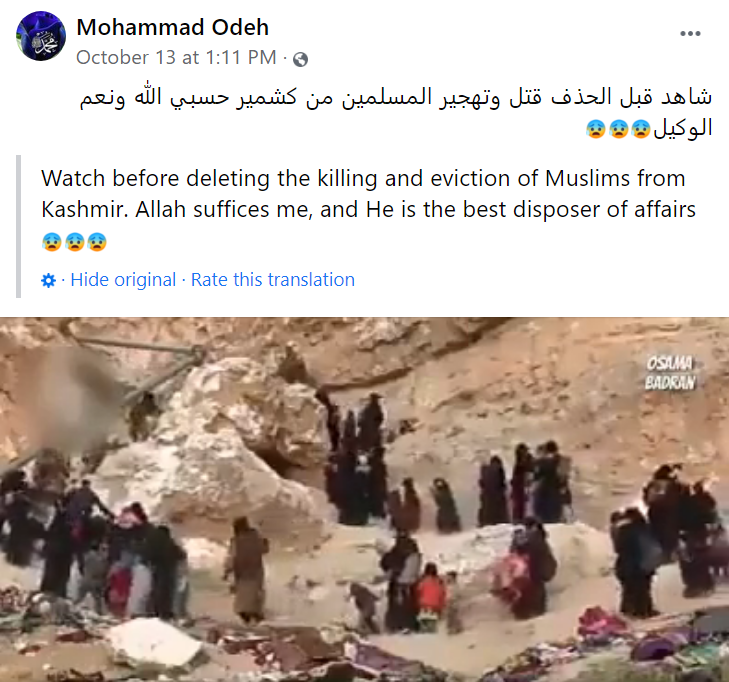 We extracted keyframes from the video and performed a Reverse Image Search. This directed us to a news article published on March 15, 2019, which carried a similar video. The headline of the article reads, “Isis families and fighters flee the last battleground of the caliphate.” 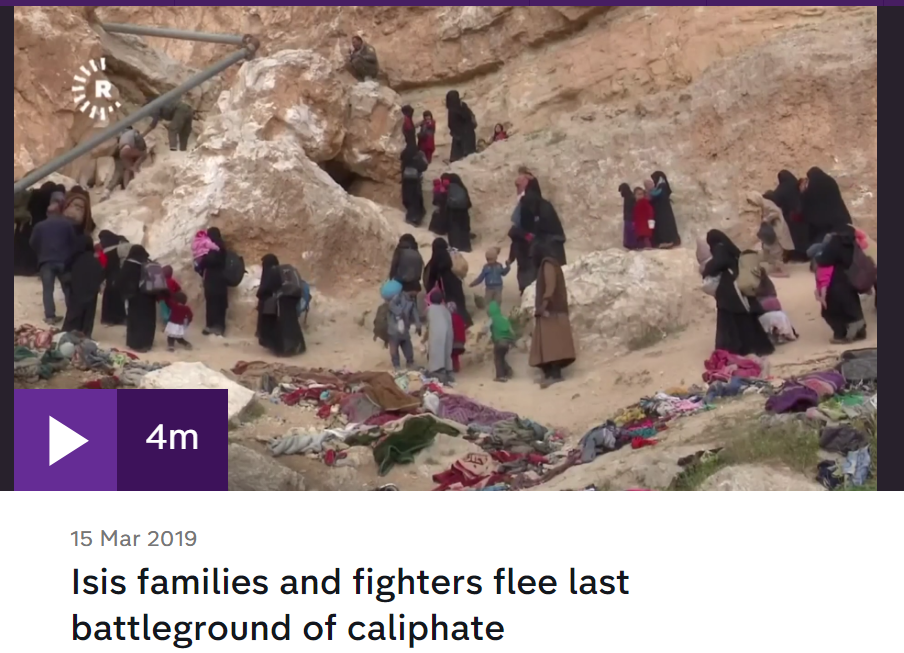 Searching further, we found another article dated March 14, 2019, that featured the same viral video. The article reads, “Some of the ISIS militants are leaving the last ISIS base in Baxoz with their wives and children. Corridors were often opened to allow civilians or children, and militants to leave, but there were no corridor views.” 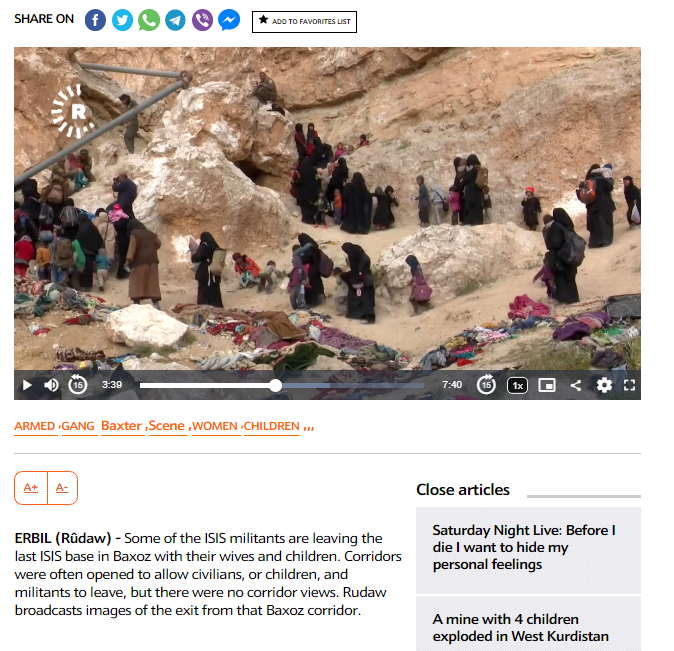 More searches led us to an article published by Reuters on March 14, 2019, that carried a similar visual. The article reads, “Islamic State militants along with women and children surrendered in the hundreds to U.S.-backed forces in eastern Syria as the jihadists lost ground in their last shred of territory.”

Thus, it is evident from the above information that the viral video is old and from Syria, and is not related to Kashmir.