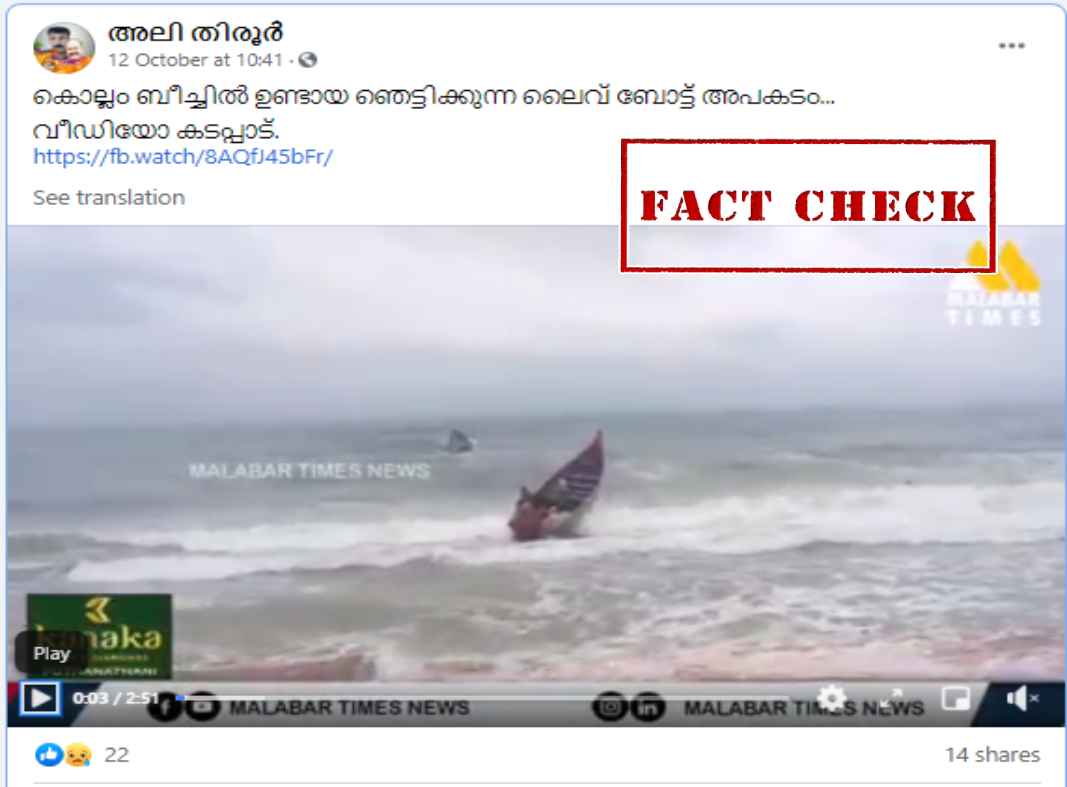 On September 2, 2021, media reported about a boat accident which happened in Azheekal beach in Kollam district of Kerala. The reports said that four fishermen died while 12 reached the shore safely after the accident.

In this context, social media users are sharing a video of a boat accident with a claim that it is of the recent boat tragedy in Kerala. In the video, a boat can be seen sinking. 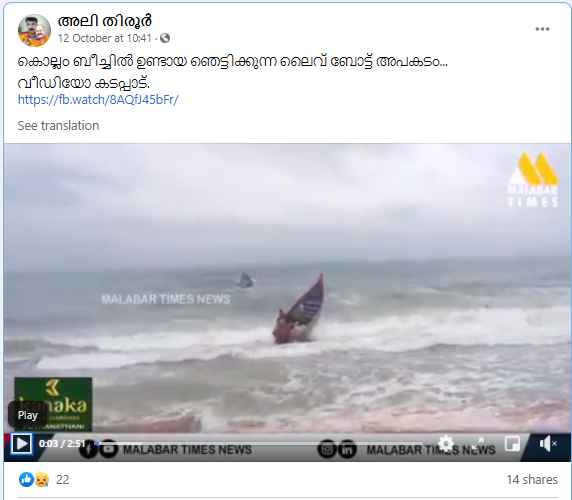 On breaking the video into multiple keyframes using InVid tools and doing a Google Reverse Image Search, we found that the same video was uploaded by a verified YouTube channel, WildFilmsIndia in 2018, with the title “Fishing boat gets thrown skywards by Kerala Cyclone as it batters Indian Ocean coast of India.”

The description of the video read, “Fishermen struggle in the Indian ocean as Cyclone hits coasts of Kerela. See a fishing boat thrown skywards by the Cyclone. According to India Meteorological Department wind speed might go up to 65-75 kmph in south Tamil Nadu and 50-60 kmph in the northern part of the state. Winds between 55 to 75 kmph are likely over south Kerala and the Lakshadweep islands. Heavy rains and high-intensity winds in Kerala uprooted trees, snapped power lines and damaged settlements close to the sea. Schools in seven districts of the state remained closed. ” 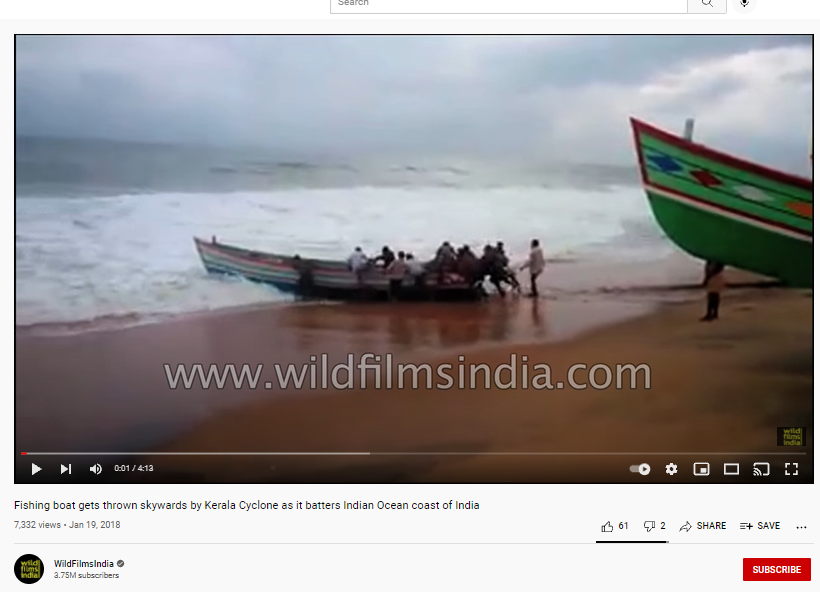 We also found the same video was uploaded by a YouTube channel on November 8, 2015, with the title that read, “Massive Wave Hits Fishing Boat In Kerala.” 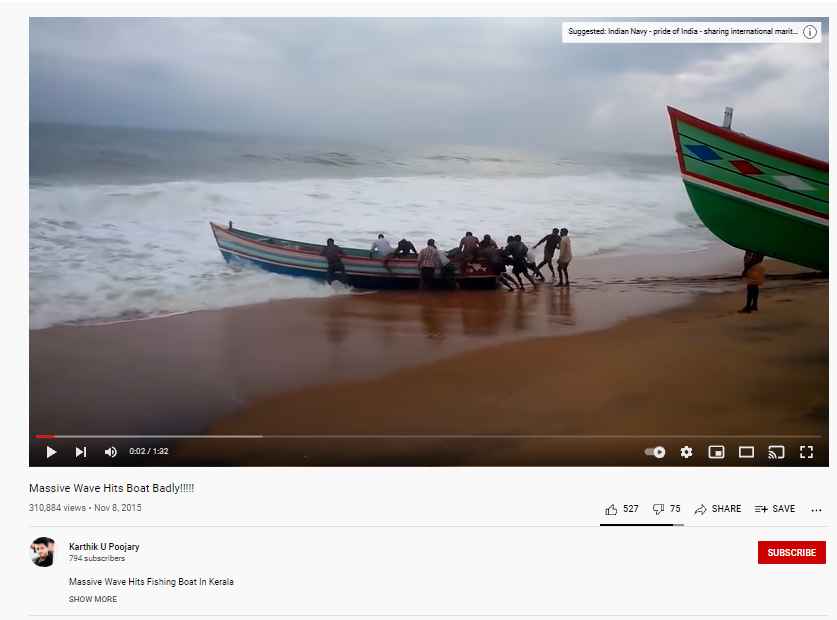 While we were not able to ascertain the origin and location of the video, we could definitely confirm that the viral video is old and is not associated with the recent boat tragedy  in Kerala. Thus, the viral claim is fake.