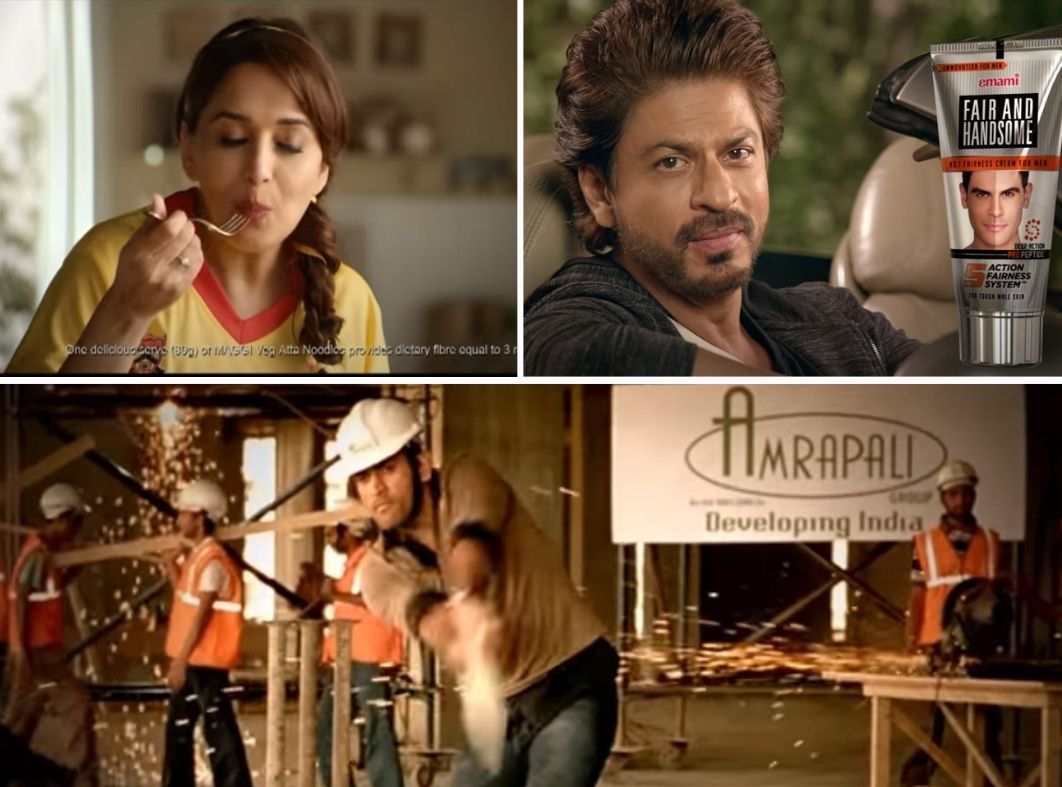 Recently, Bollywood’s veteran star Amitabh Bachchan has announced his withdrawal from the advertising campaign of pan masala brand Kamla Pasand following a backlash on social media when the ads were released last month.

Big-B’s move also comes weeks after the national anti-tobacco organization had reportedly requested him to refrain from endorsing pan masala as it could help prevent youngsters from getting addicted to tobacco.

However, this is not the first time when a celebrity has landed in trouble for endorsing a brand. From Yami Gautam to MS Dhoni, here’s a list of five other times that controversial endorsements have landed Indian celebs in hot water.

Yami Gautam: Ever since people started discussing and criticizing Indian society’s obsession with ‘fair’ skin, Yami Gautam has not been spared for her association with Fair and Lovely now ‘Glow and Lovely’.The actor has been trolled for endorsing the fairness cream brand as the product in its advertisements has claimed it makes people several shades lighter in four to six weeks.

Yami still continues to endorse the product which has dropped the word ‘Fair’ from the product’s name in an attempt to be more inclusive.

Shah Rukh Khan: Just like Yami, Shah Rukh Khan also came under scrutiny for endorsing a skin-lightening cream product ‘Fair and Handsome’. A couple of years ago, this led to an online campaign titled ‘Dark and Beautiful’ which urged not only the star but also the brand to stop promoting and encouraging fairness creams.

Madhuri Dixit, Amitabh Bachchan, and Preity Zinta: In 2014, Maggi Noodles were found to have high levels of monosodium glutamate (MSG) apart from high lead content above the permissible level which turned into a major controversy. Amid this, Madhuri Dixit, Big B, and Preity Zinta were served PILs for endorsing the instant noodles as a ‘healthy and tasty’ food option.

Mahendra Singh Dhoni: Former Indian Cricket team captain, MS Dhoni endorsed the real estate firm Amrapali for over six years. Dhoni found himself in the eye of a storm in 2016 after aggrieved residents of an Amrapali project in Uttar Pradesh started tagging the cricketer on social media.

Following the social media controversy, MS Dhoni quit as the brand ambassador of the Amrapali Group.

Amitabh Bachchan: Big B’s endorsement of Pepsi came under the spotlight when the actor announced that he was ending his association with the brand after a schoolgirl’s comments had pricked his conscience.

Amitabh later revealed that the schoolgirl had asked him why he chose to endorse a product that her parents and teachers labelled “poison”. This decision was highly criticized by PepsiCo officials, however, they did not pursue the matter legally, calling it the star’s “personal decision”.