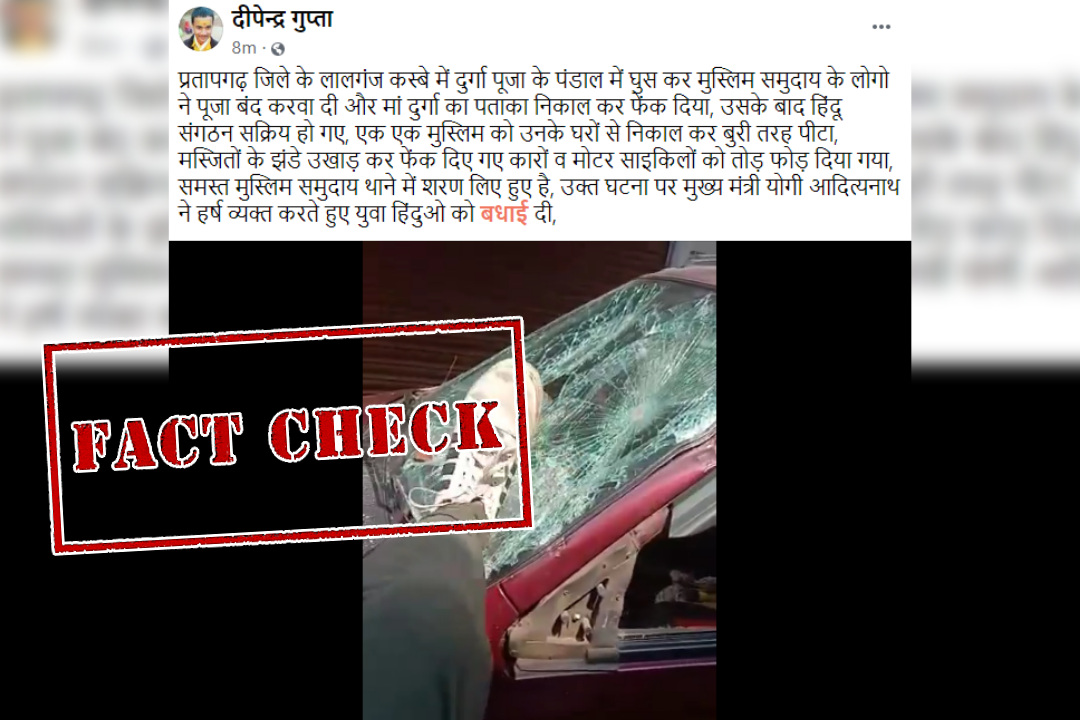 A video in which a mob can be seen vandalizing vehicles is being shared on social media with a claim that members of the majority community attacked men from the minority community after they vandalized Durga Puja pandals in Pratapgarh in Uttar Pradesh.

The image is being shared on Facebook with a caption in Hindi that can be roughly translated in English to, “After entering the Durga Puja pandal in Lalganj town of Pratapgarh district, the people of the Muslim community stopped the Puja and threw away the flag of Maa Durga. After that the Hindu organizations became active, taking every Muslim out of their homes. Cars and motorcycles were vandalized, the flags of mosques were uprooted, the entire Muslim community is taking shelter in the police station, on the said incident, Chief Minister Yogi Adityanath expressed happiness and congratulated the young Hindus.” 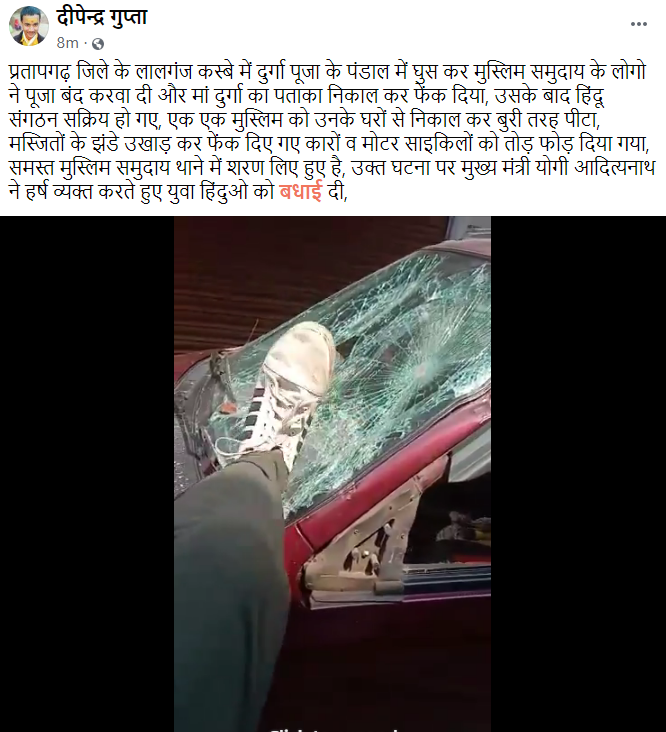 Looking closely at the video, we noticed that the number plate of one vehicle started with the initials “CG”, indicating that the car bears a Chhattisgarh registration number. 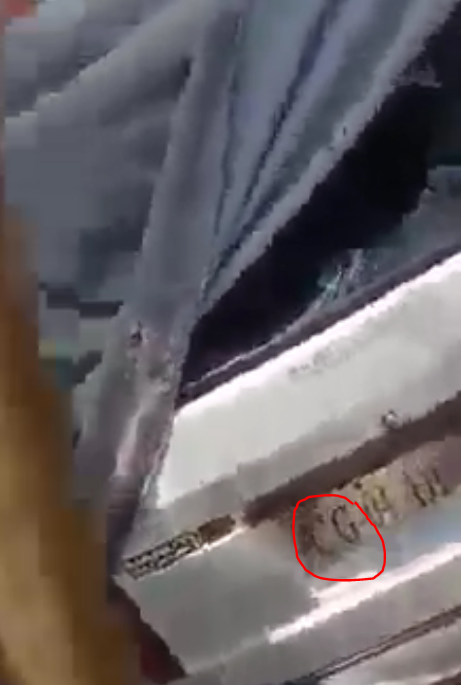 Taking this into consideration, we did a keyword search and found that many Facebook users had also uploaded the same video linking it to an incident from Kawardha in  Chhattisgarh.

Searching further, we found a tweet dated October 13, 2021, uploaded by UP Police Fact Check. It was clarified in the tweet that “Regarding misrepresenting the incident in Kawardha, Chhattisgarh on 05.10.2021 as the incident of Uttar Pradesh Pratapgarh. @pratapgarhpol The suit has been registered by a rebuttal.” The UP Police Fact Check team also tweeted the screenshot of the viral claim.

We could also find a news article published on October 6, 2021, which had reported the same incident carrying visuals similar to the viral video. The article stated that “70 were identified, 59 were arrested in Kawardha ruckus; The officer said – the violence was well planned, the miscreants were called from outside.” 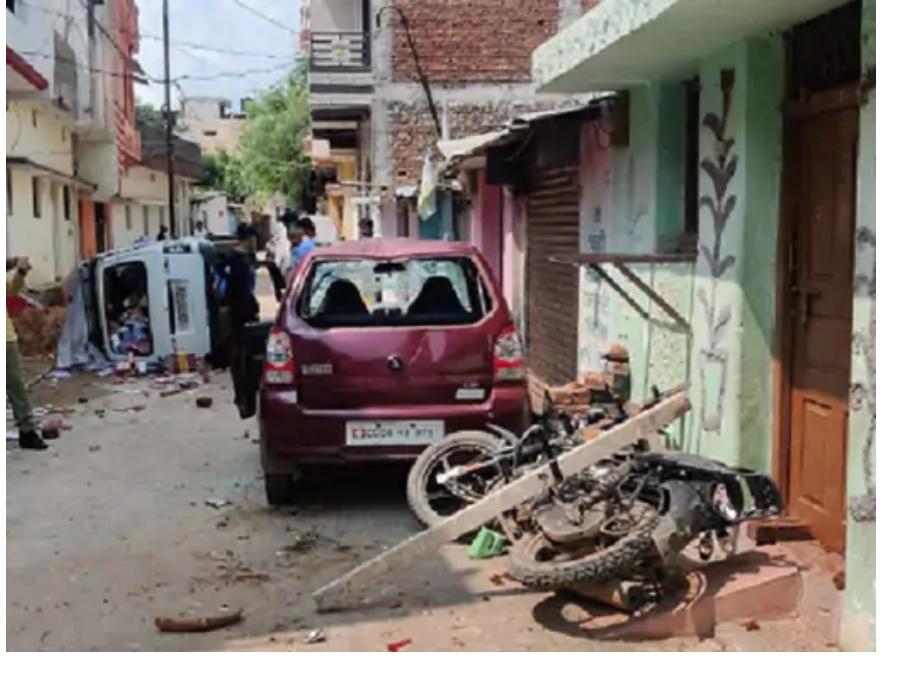 According to another article published by The Scroll on October 6, 2021, “The Chhattisgarh Police imposed a curfew in Kawardha town on October 5, two days after clashes were reported between two communities related to the removal of religious flags on a street. The mob allegedly attacked the homes and vehicles of people from a minority community.”

Further, we also searched the web but could not find any credible media report which  reported any incident related to any recent communal violence in Pratapgarh, Uttar Pradesh, as claimed in the viral video.

Thus, it is evident from the above information that a video showing a mob vandalizing vehicle in Kawardha, Chhattisgarh is being falsely shared as that of Uttar Pradesh with a communal twist.