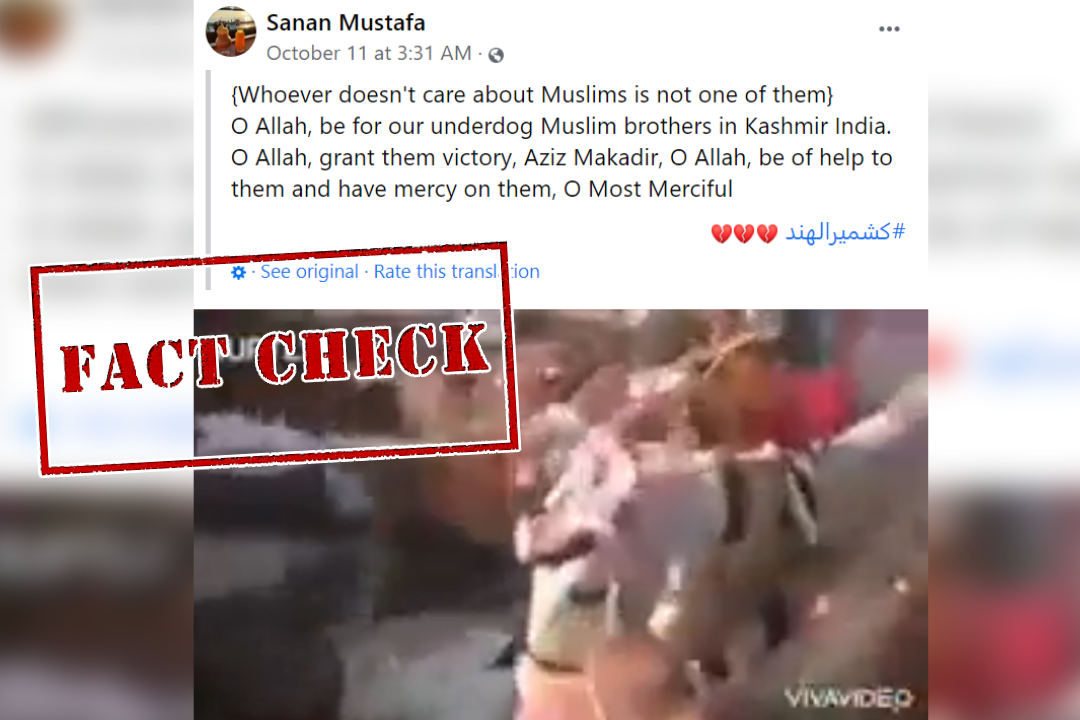 A video in which cows can be seen running over a group of men lying on the ground is being shared on social media with a claim that Muslims are being run over by cows in Kashmir.

The video is being shared on Facebook with a caption in Arabic which can be roughly translated in English to, “{Whoever doesn’t care about Muslims is not one of them} Oh God, be upon our oppressed Muslim brothers in Indian Kashmir. Oh God, help them, the Mighty, the Helper, O God, do them and have mercy on them, O Most Merciful of the merciful,” 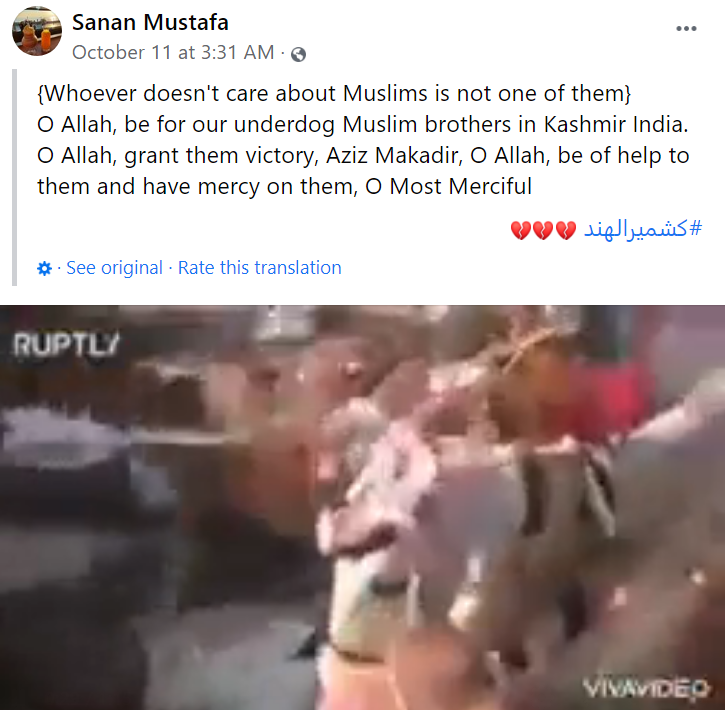 We extracted keyframes from the viral video and performed a Reverse Image Search. This led us to a YouTube video uploaded by The Times of India which featured the same viral video. The video dated November 10, 2018, was titled “Ujjain: Devotees run over by dozens of cows for peculiar ritual in a village.”

The video description read, “In a village of Ujjain, dozens of devotees in a village volunteered to be trampled by dozens of charging cows for faith as a part of a peculiar ritual. The residents gathered in the streets as a part of celebrations for the Hindu festival, ‘Gaay-Gauri’ Puja. The people of the village then take part in this strange ritual, where they lie down and all the cows in the village, after being worshipped, are made to walk over them. The ritual is considered to bring blessings of cows which Hindus consider as mothers because of being an integral part of an average villager’s life. Cows give them everything from dairy products to farm assistance and more.”

Searching further, we found that the same video uploaded on the official YouTube channel of VOA News on November 9, 2018, with the description, “Devotees Run Over By Dozens of Cows in Indian Village For Peculiar Ritual.”

We could also find many news articles that reported the same incident. According to one article published on November 8, 2018, “Indian men volunteered to be trampled on by a herd of cows to bring luck and prosperity to their town. The traditional ritual shows devotees participating in the event in Ujjain of Madhya Pradesh in India.” 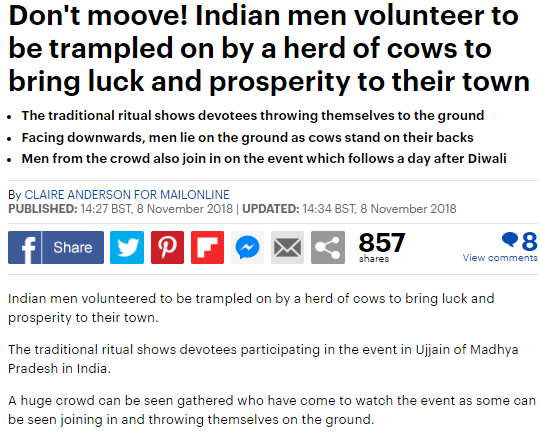 Thus, it is evident from the above information that an old video from Ujjain depicting a Hindu ritual is being falsely linked to Ksahmir.