Home Home Slider Sustainable Development Will Only Be Achieved By Collective Efforts: India At UNGA 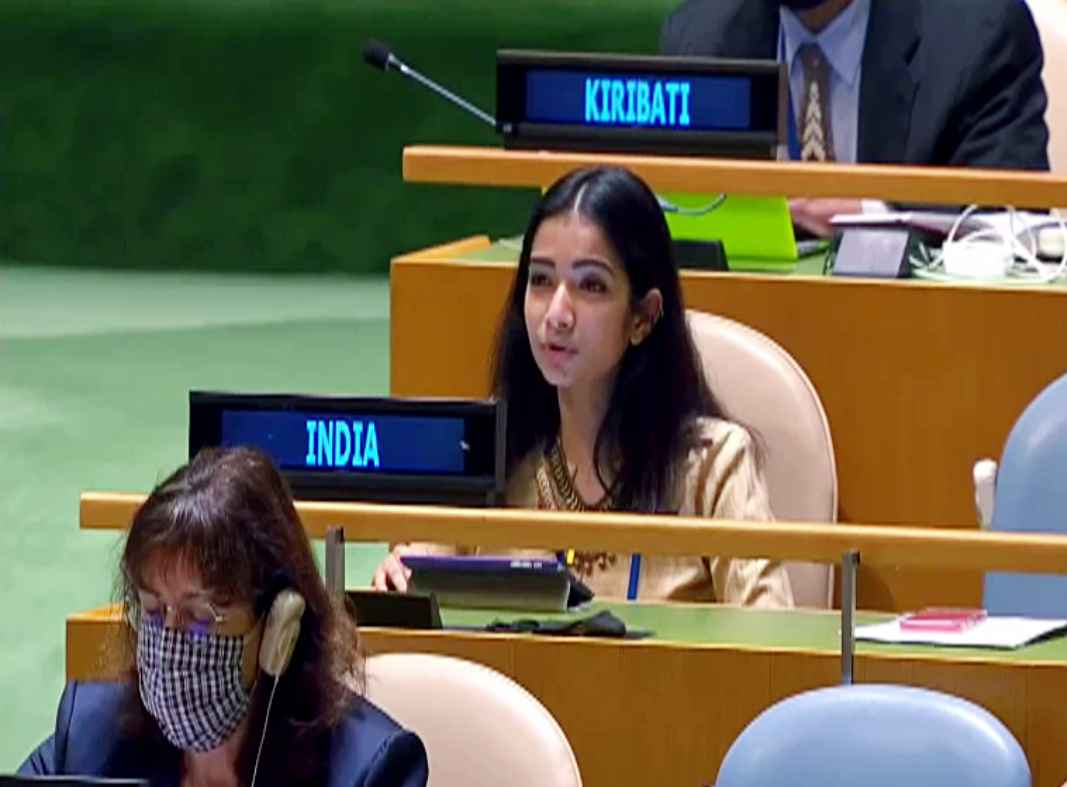 India on Tuesday (local time) reiterated that sustainable development will only be achieved by collective efforts and New Delhi will continue to work in this direction.

Speaking on the issue of Sustainable Development at UNGA, First Secretary at United Nations Sneha Dubey, said: “We believe our human-centric approach would be a force multiplier for global good.” On the issue of global climate action, the First Secretary said it is critical that words are accompanied by concrete action. “India is the only country among G20, which is on course to meet the Paris targets.”

“A global Net-Zero should be based on the principle of common but differentiated responsibility and of equity. In order to vacate the carbon space in 2050 for developing countries to grow, the developed countries should do Net-Minus,” she added.

The Indian diplomat said that there still exists a large gap to achieve commitment by developed countries to provide US Dollars 100 billion for climate action. “Our initiatives like the International Solar Alliance and the Coalition for Disaster Resilient Infrastructure are examples of India’s contribution to global climate partnership.”

The First Secretary noted that India is now among the top 3 countries to have gained in forest areas in the last decade. “Around 3 million hectares of forest cover has been added over the same period. We are happy to share that there has been a significant rise in the population of lions, tigers, leopards and Gangetic river dolphins in India in the last five to seven years.”

Highlighting the danger of land degradation, Dubey said that India has worked to implement the UN Convention to Combat Desertification with an aim to not just arrest environmental degradation but reverse it.

“We are on track to achieve our national commitment of Land degradation neutrality. We are also working towards restoring 26 million hectares of degraded land by 2030,” she said.
The First Secretary reminded the forum that the disruption caused by the Covid pandemic has disproportionately impacted the Global South.

“The India-UN Development Partnership Fund is a practical manifestation of sustainable development in the spirit of South-South cooperation. The Fund established in 2017, aims to contribute to the efforts of developing countries, especially Small Island Developing States, towards the realization of the 2030 Agenda.”

She informed that the Fund has already supported projects in 48 countries including in Pacific Islands, Africa, Caribbean, for various SDGs through a US dollars 150 million multi-year pledge by the Government of India.