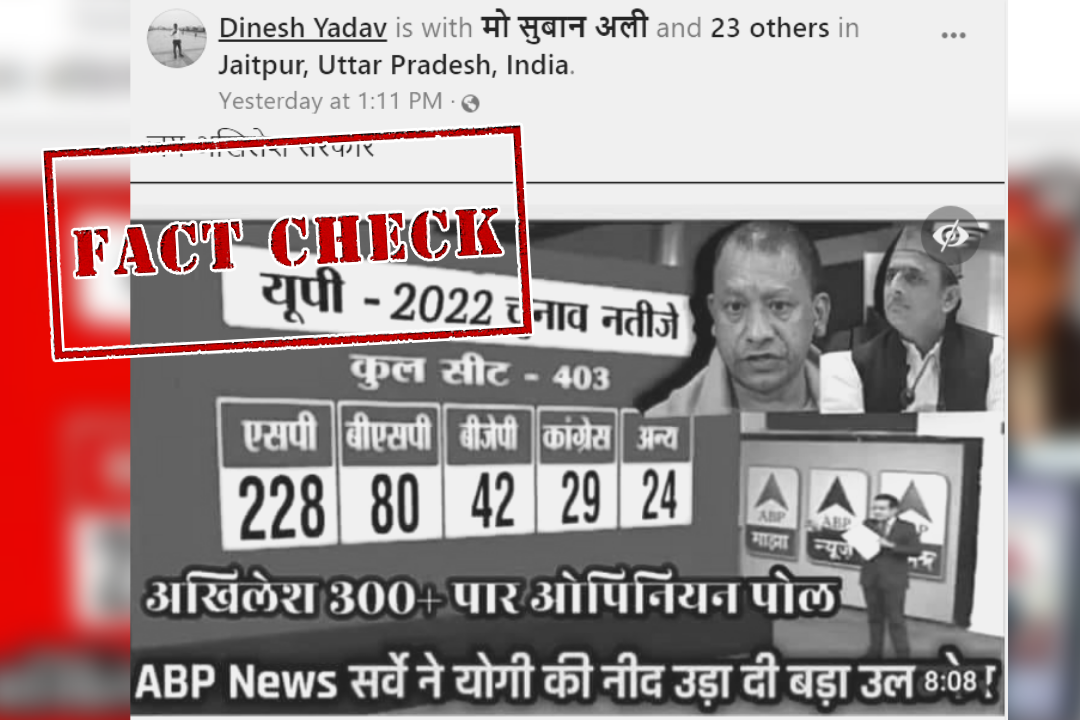 A screenshot of a ‘ABP News’ bulletin is being widely shared on social media with a claim that it shows the results of the Opinion Poll of the upcoming Uttar Pradesh Assembly Elections 2022. According to the screenshot, Samajwadi Party (SP) is projected to win more than 228 seats in the 403-seat UP Assembly.

The image is being shared on Facebook with a caption in Hindi that can be translated to: “Jai Akhilesh Sarkar.” 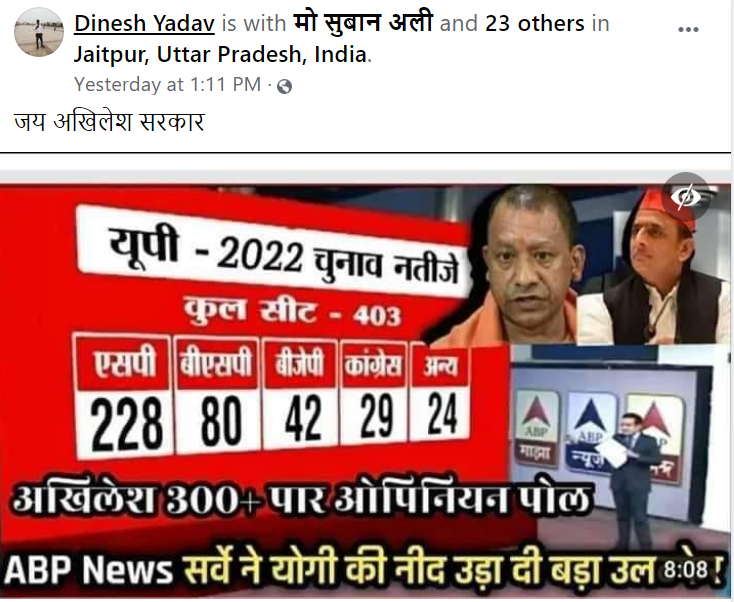 We did a keyword search and found that ABP News carried an Opinion Poll of upcoming UP Elections on October 8, 2021. According to the poll, BJP is projected to win 241-249 seats whereas SP is projected to win 130-137 seats. The poll gave 15-19 seats of BSP and 3-7 seats to Congress.

Further, we noticed that in the viral screenshot, the old logo of ABP news has been used thogh ABP News changed its logo in 2020.

Taking these observations into consideration, we searched and found a news report uploaded by ABP News on their YouTube channel on May 16, 2016. The title of the video reads, “ABP News-Nielsen poll: Mayawati emerges as most liked CM candidate.”

At 2 minutes 57 seconds, one can notice that the viral screenshot was taken from this YouTube video only. The anchor can be seen discussing the 2012 election results. 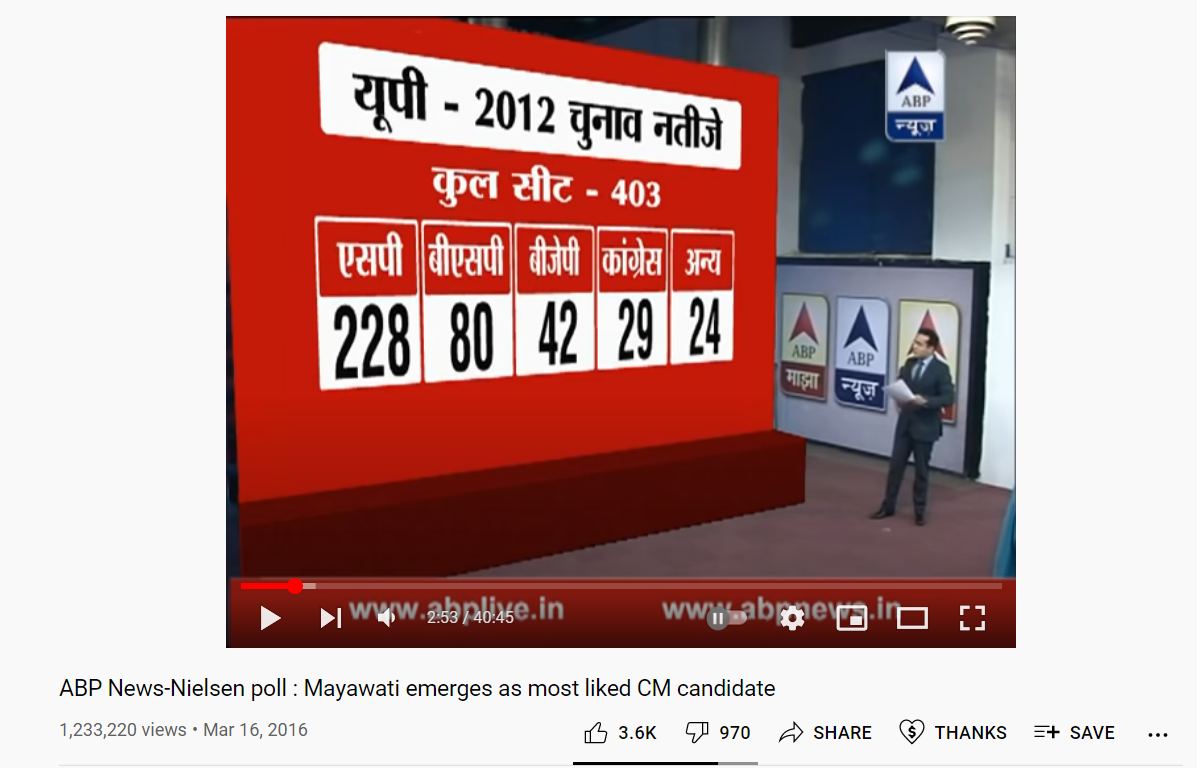 The word “2012” has also been edited and changed to “2022”. Below is the comparison between the viral image and the screengrab from the YouTube video.

Thus, it is evident from the above information that a morphed image from a 2016 ABP News bulletin is being falsely shared as results of ABP News Opinion Poll for UP Elections 2022.