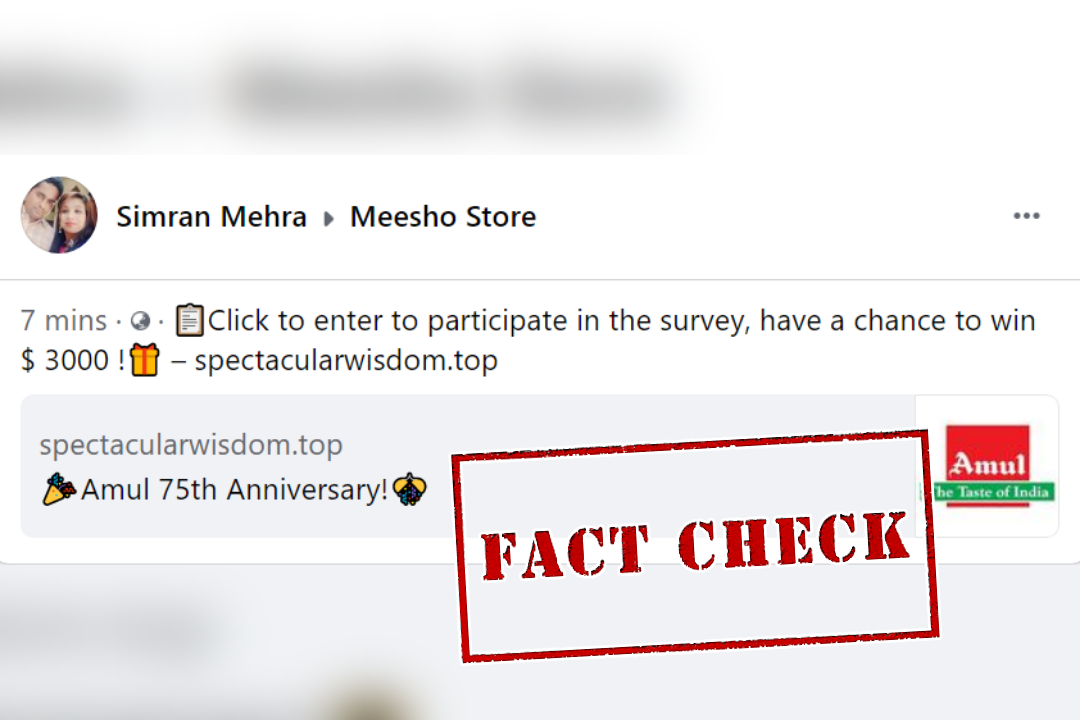 A purported link of  “Amul 75th Anniversary!!” is being shared on social media with a claim that through the link users can get a chance to win up to $ 3000 if they participate in the survey.

Established in 1946, Amul celebrated its 75th anniversary in 2021 but we could not find any such offer/link available on its official website or social media channels.

We opened the link and found that the link did not take us to the official website of the AMUL. Instead, it directed us to a landing page featuring a large image of the AMUL Logo with the text “Congratulations! Amul 75th Anniversary. Through this questionnaire, you will have a chance to get 6000 rupees.” 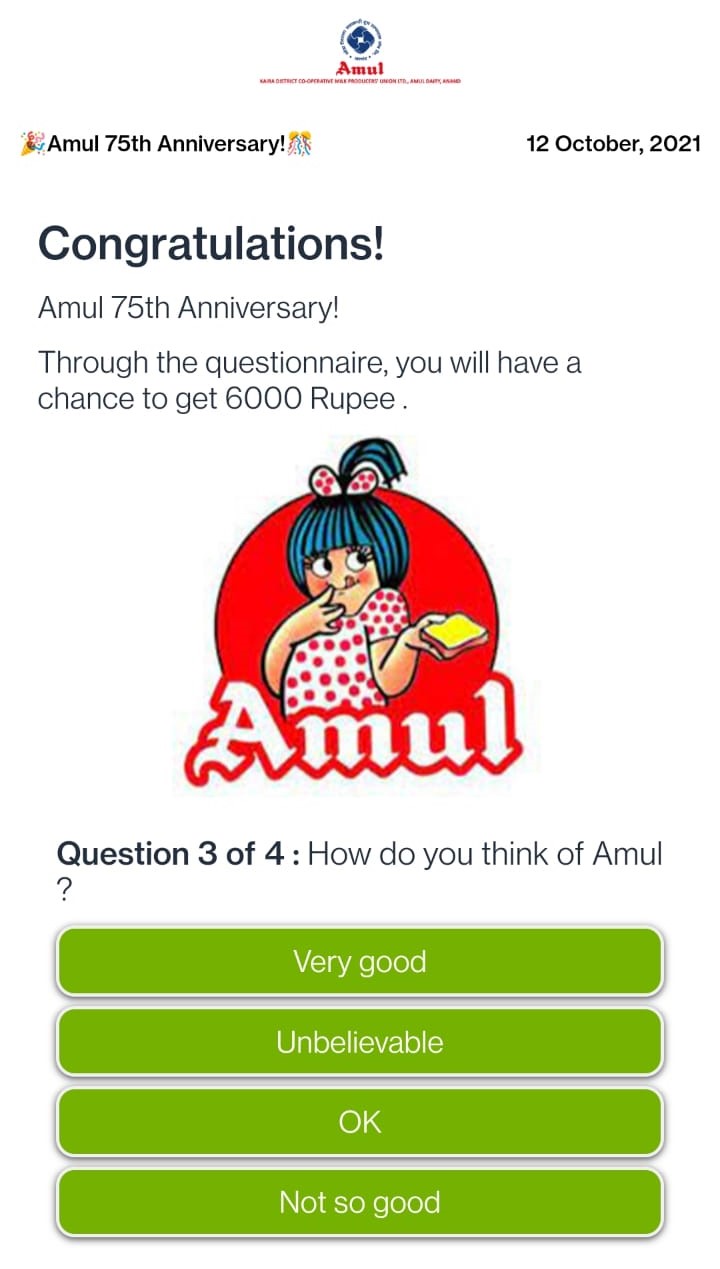 After answering basic questions like gender and age, we ‘qualified’ and won the cash amount. Following this, we were asked to share the same message with our friends. 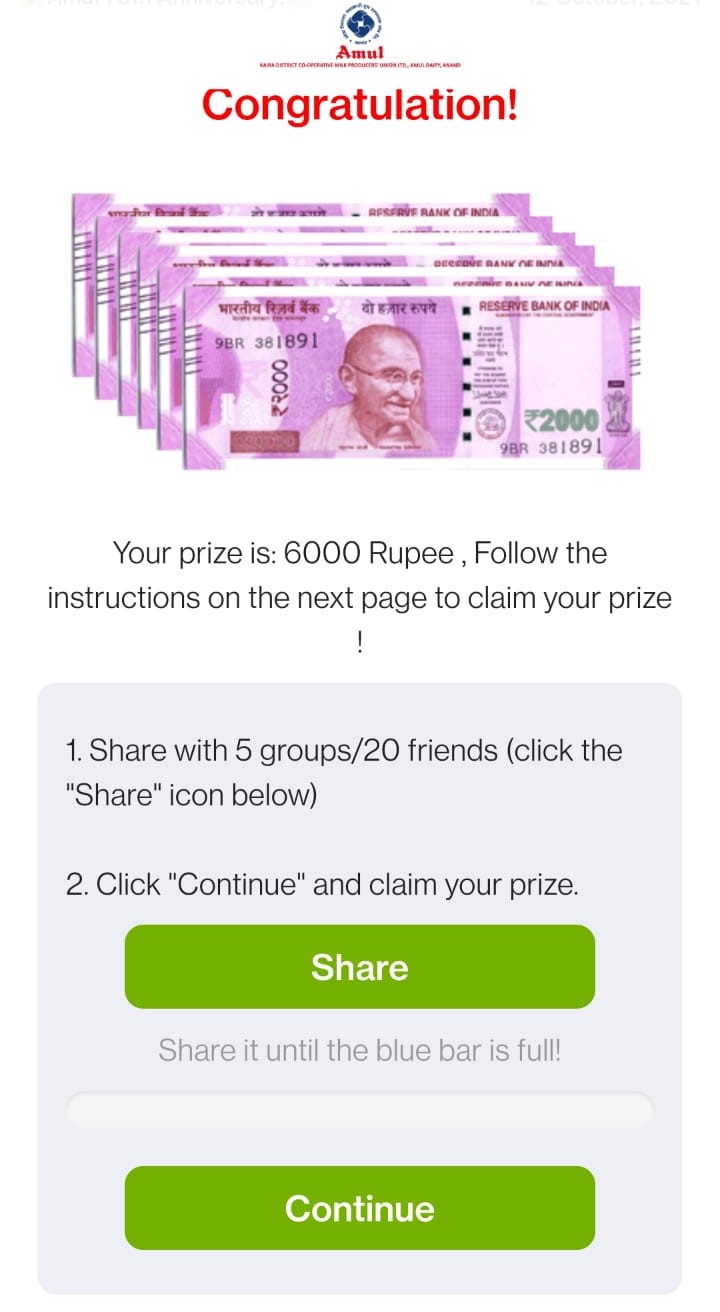 We noticed that the website had no other information regarding AMUL. These simple signs were a clear indication that it’s a fraudulent website.

Moreover, AMUL also put out a tweet on October 1, 2021, refuting the viral claim.

The tweet read, “A Fake message is being shared across WhatsApp and other social media with SPAM links. Request you to kindly do not click on this (website) link. We also wish to inform you that Amul is not organising this campaign’.”

Earlier NewsMobile had debunked several similar claims which were being shared in the name of other companies like Amazon, Flipkart, TATA Group and Hermès.

Fact Check: Viral Message Claiming That Tata Group Is Giving A Car On Its 150th Anniversary Is FAKE

Thus, it is evident from the information that the viral link is fake and it is a scam.