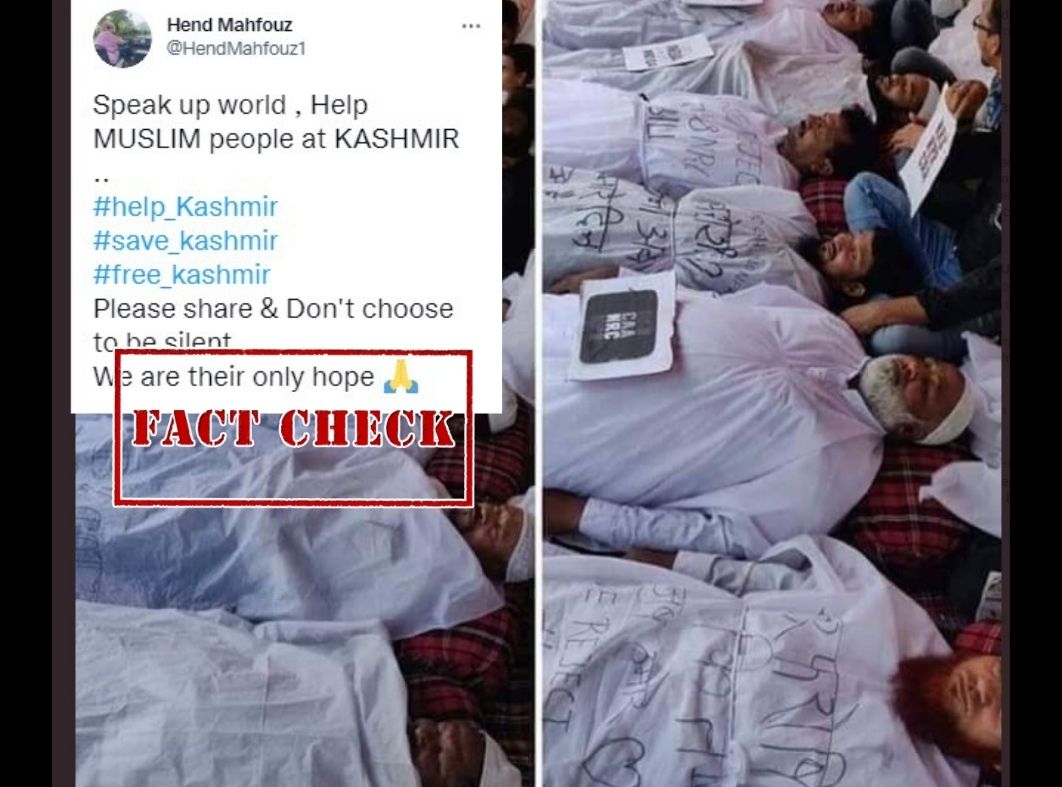 An image has surfaced on social media platforms purportedly showing dead bodies lying on the ground with a claim that the image represents situation of Muslims in Kashmir.

A Facebook user shared the image with a caption that roughly translates to, “Someone may say leave religion, but where is humanity? One of the important assumptions in explaining this is that people’s minds are washed and highlighted that they are the least category of people like rats or others, so they love to kill them and even represent them.That is, we are Muslims, where are the Arab rulers? Where are the elders of the platforms? Where are the manners day and night? Oh God, we are overwhelmed, so we will win..” The text is being shared with hashtags like #help_kashmir #IndianMuslimsUnderAttack #SaveKashmir 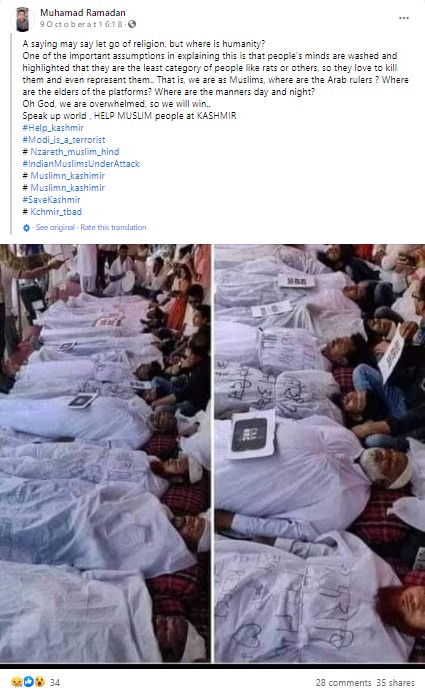 The image is also doing rounds on Twitter with a similar caption. 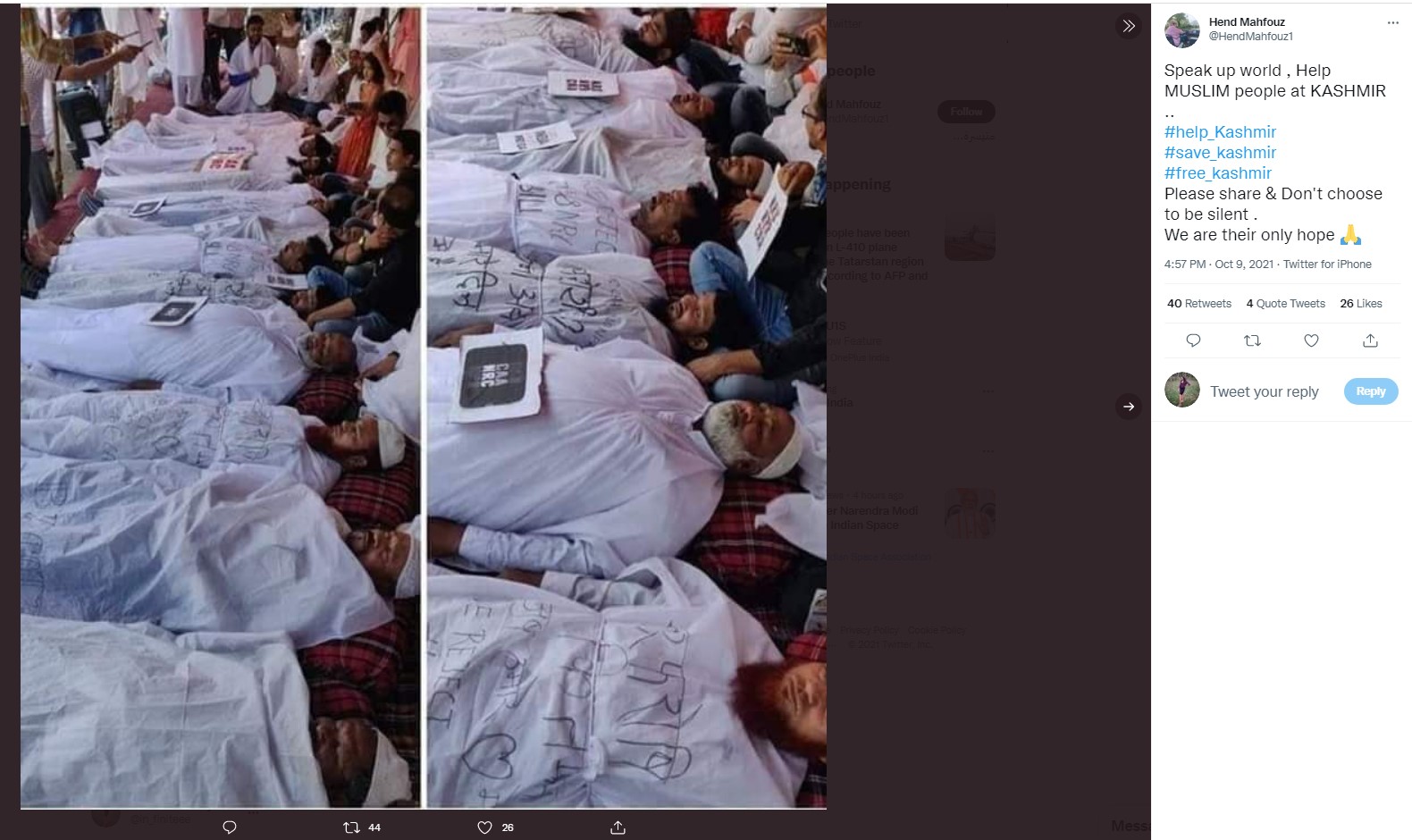 NewsMobile fact-checked the viral claim and found it to be shared with a false claim.

With the help of Reverse Image Search, we found a YouTube video uploaded on February 24, 2020, carrying the same visuals. As per the video description, men were protesting against the CAA, NRC, and NPR, wearing shrouds. In the video, one can notice men lying on the ground moving and slogans can be heard in the background. 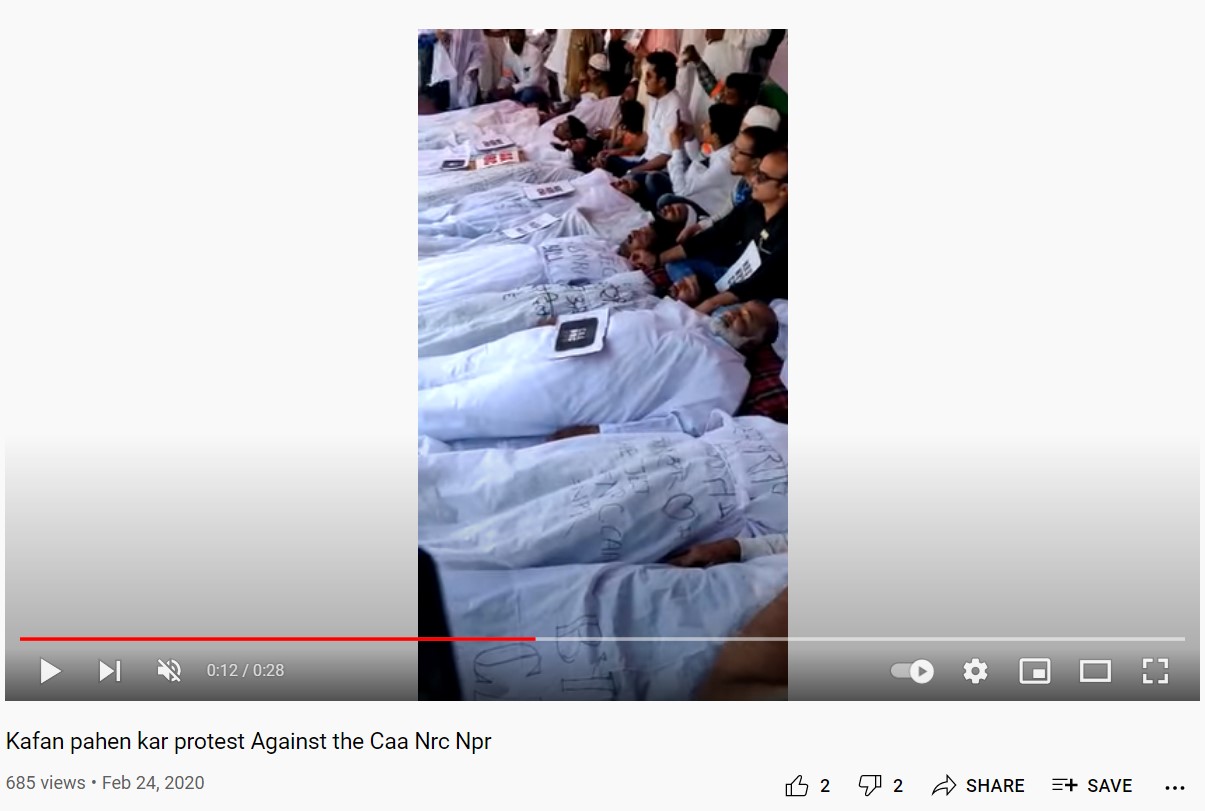 On checking further, we found a Hindi news report by a local news website showing the same visuals carried as the cover image. According to the report, protests took place in Aurangabad, in support of the sit-in demonstrations at Shaheen Bagh. In the cover image, one can also notice ‘CAA NRC’ placards written on it. 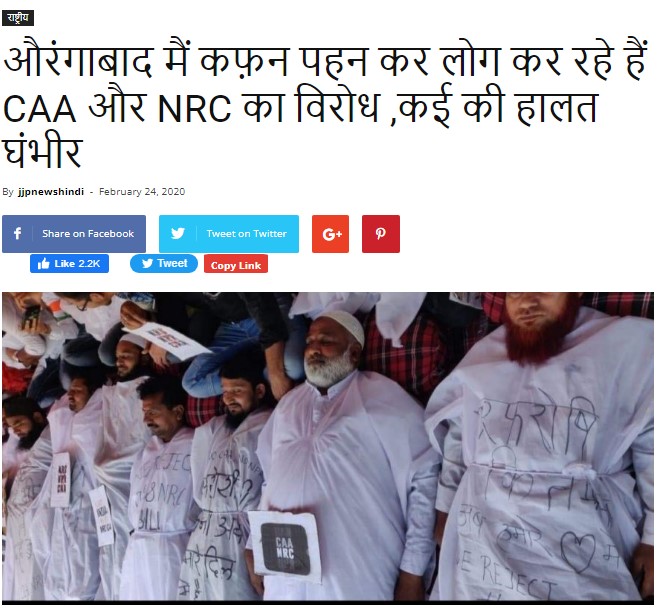 The Citizenship Amendment Act was passed by the Centre in 2019 amid huge protests by the Opposition. This led to a series of nationwide protests which continued for months afterwards till the country was put under lockdown to curb the spread of COVID-19.

Therefore, we can say that old visuals from anti-CAA protests are being falsely shared to spin a crafted narrative.