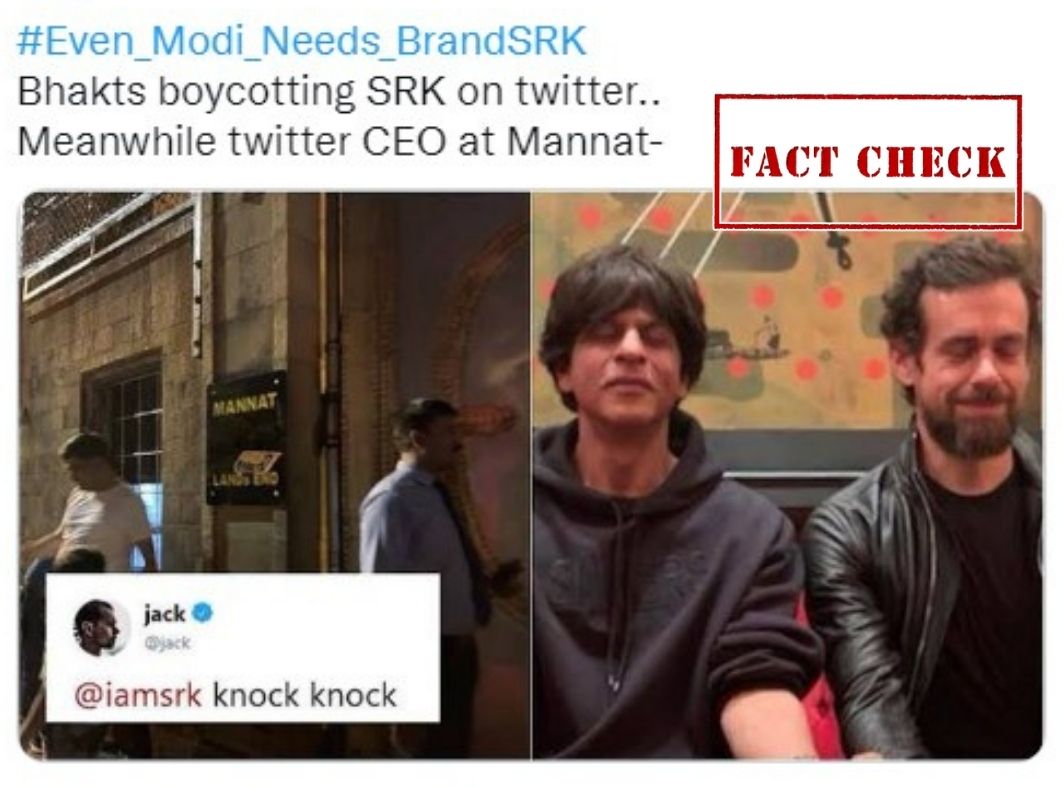 With superstar Shah Rukh Khan’s son Aryan Khan being nabbed by the Narcotics Control Bureau from a luxury cruise ship recently, hashtags calling for Shah Rukh’s boycott have been trending on Twitter. Following this, pictures of SRK with Twitter CEO Jack Dorsey have surfaced on social media platforms claiming that Dorsey himself visited the superstar at his residence Mannat in Mumbai amid the controversy. 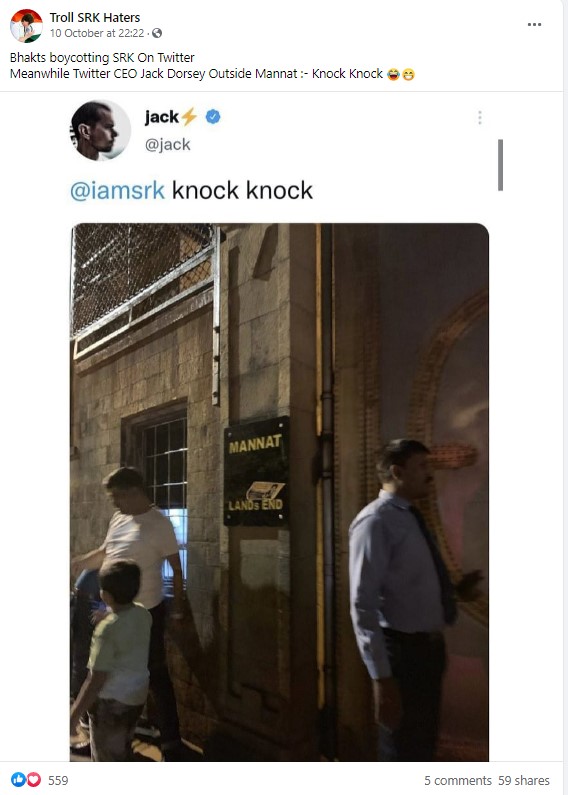 The screenshot of a purported tweet by Jack Dorsey along with another image of SRK and Dorsey in a meditative mood also doing rounds on Twitter with the same claim.

On performing an advanced search on Twitter, we found out that the “knock-knock” tweet by Dorsey posted along with a picture of Mannat dates back to November 14, 2018, whose screenshots are now being shared as recent. 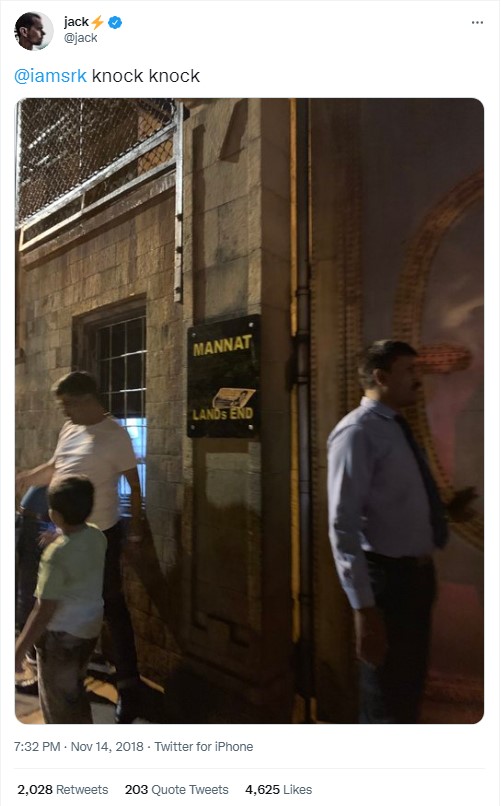 On checking further, we found that SRK tweeted about their meeting along with a photo in meditative posture on November 15, 2018. 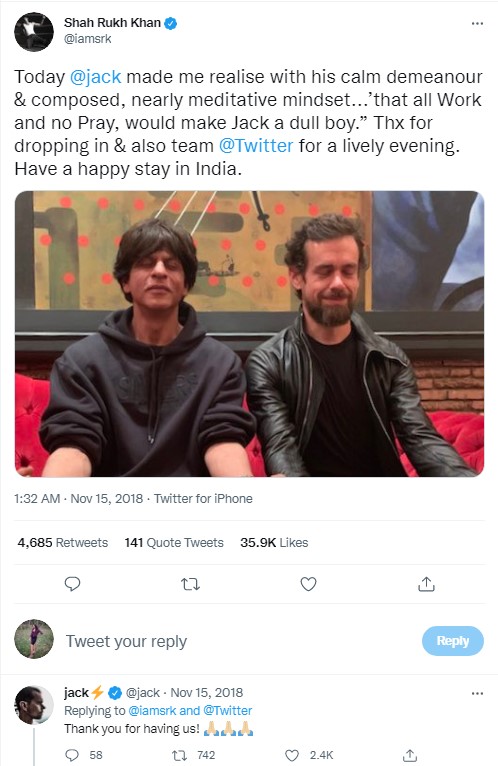 According to news reports, Twitter CEO Jack Dorsey visited India in November 2018. During his trip, he met eminent personalities including Prime Minister Narendra Modi, Congress leader Rahul Gandhi and the Dalai Lama. He also met SRK for the first time along with the Twitter team at Mannat in Mumbai.

Before the meeting, the duo cracked jokes and had friendly banter on Twitter and these  tweet screenshots are now going viral amid the Aryan Khan drug case controversy.

Therefore, we can conclude that the screenshots of old tweets between SRK and Twitter CEO are being shared with a misleading claim.