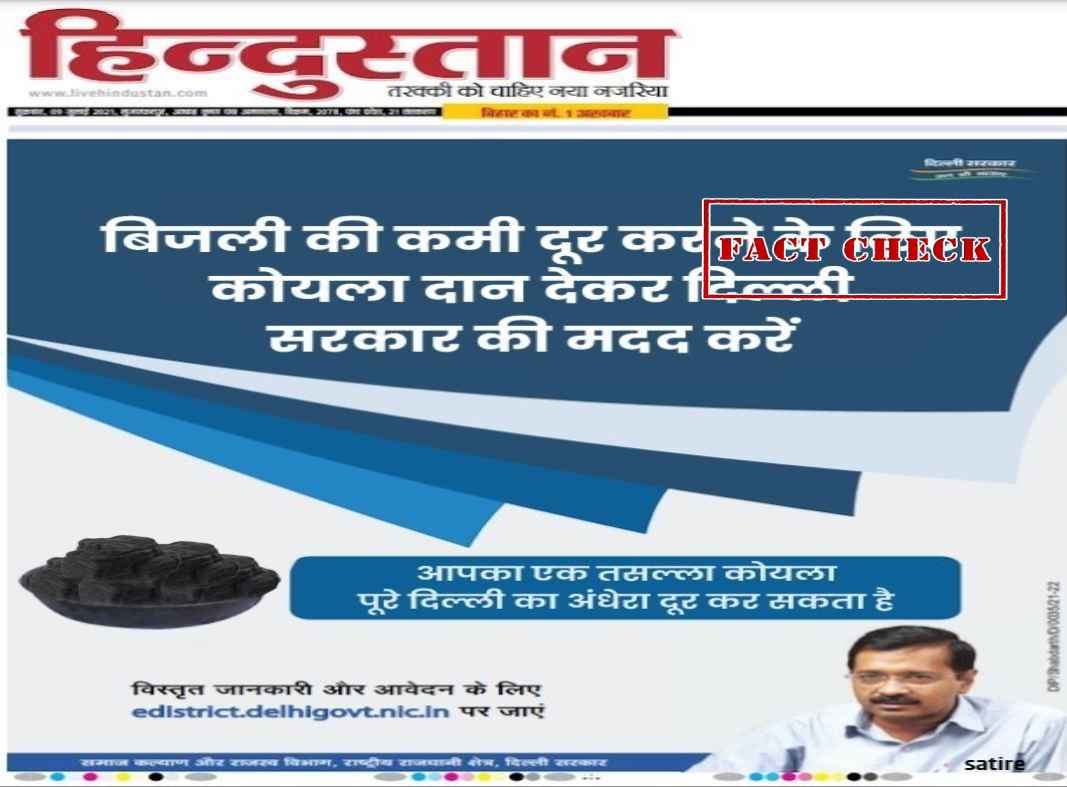 As concerns are being raised about India’s coal supplies running critically low, many states including Delhi are likely to face power shortages. In this backdrop, a screenshot of  ‘Hindustan’ newspaper purportedly showing an advertisement by Delhi government seeking coal donation from people has gone viral on social media. 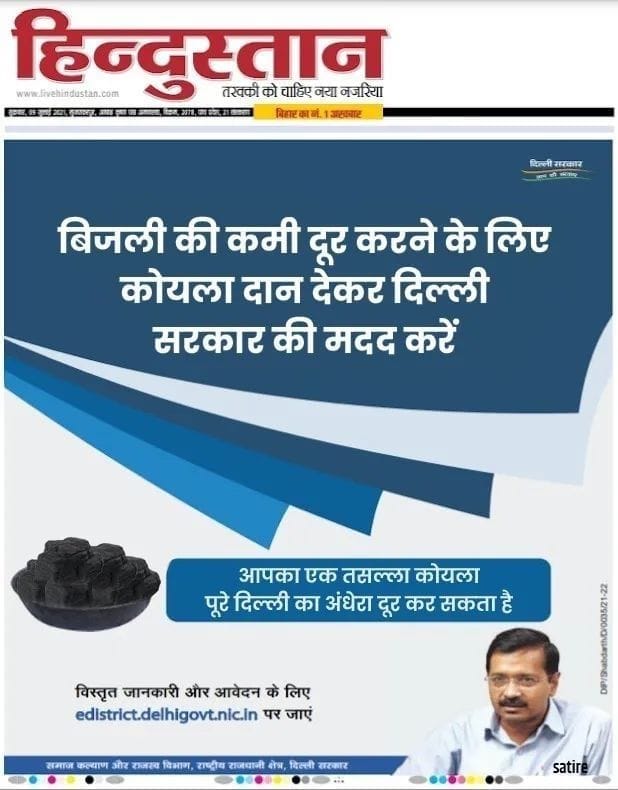 On closely observing the newspaper, we found that on the bottom right corner ‘satire’ can be seen. 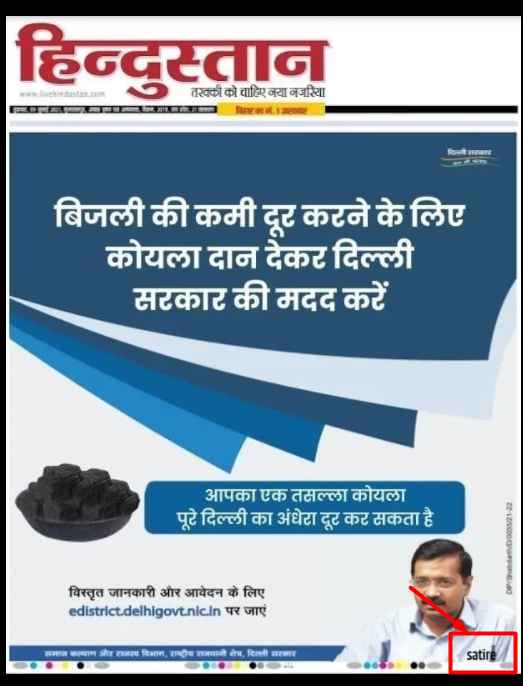 We also found that the place mentioned in the newspaper was, ‘Muzaffarpur’, which is in Bihar and the date was mentioned as July 9, 2021. 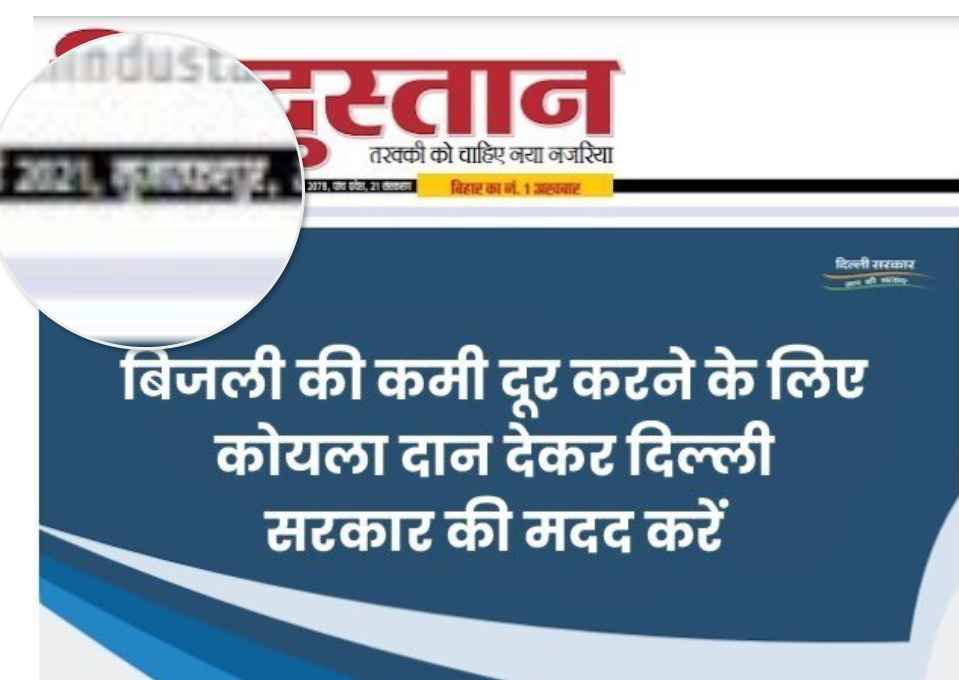 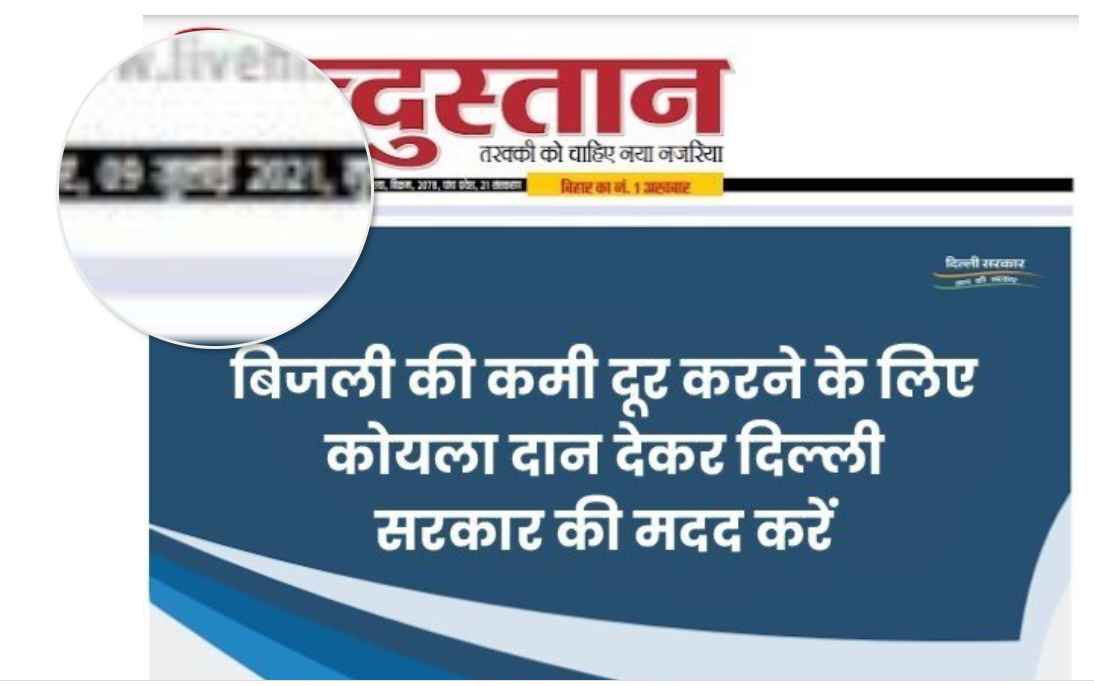 We searched and looked at the Hindustan paper of July 9, 2021. We found that then Delhi government had announced ex gratia for families of COVID victims. 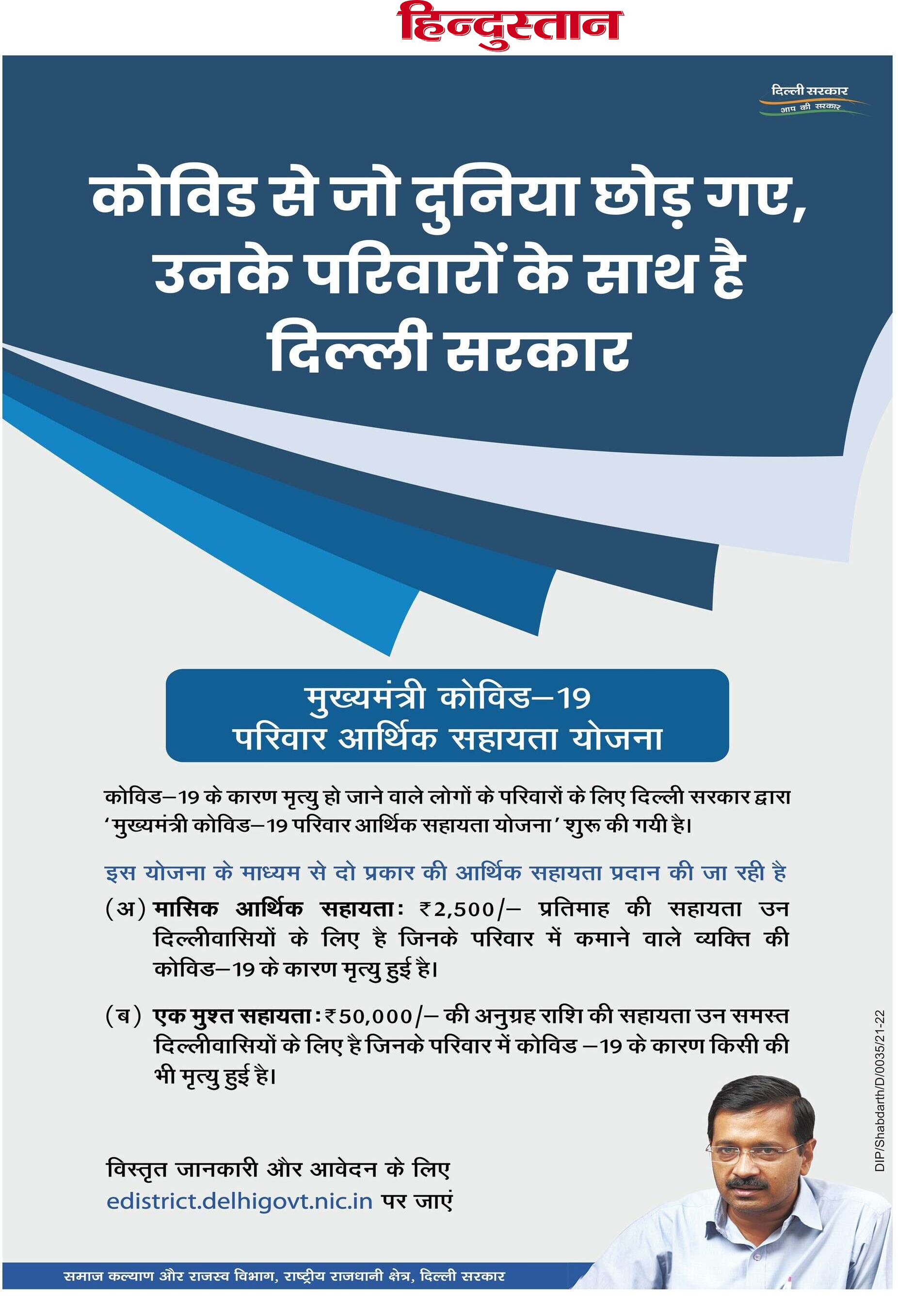 In the comparison below, we can see that the original cover was edited to make it look like the Delhi government asking for coal donations. 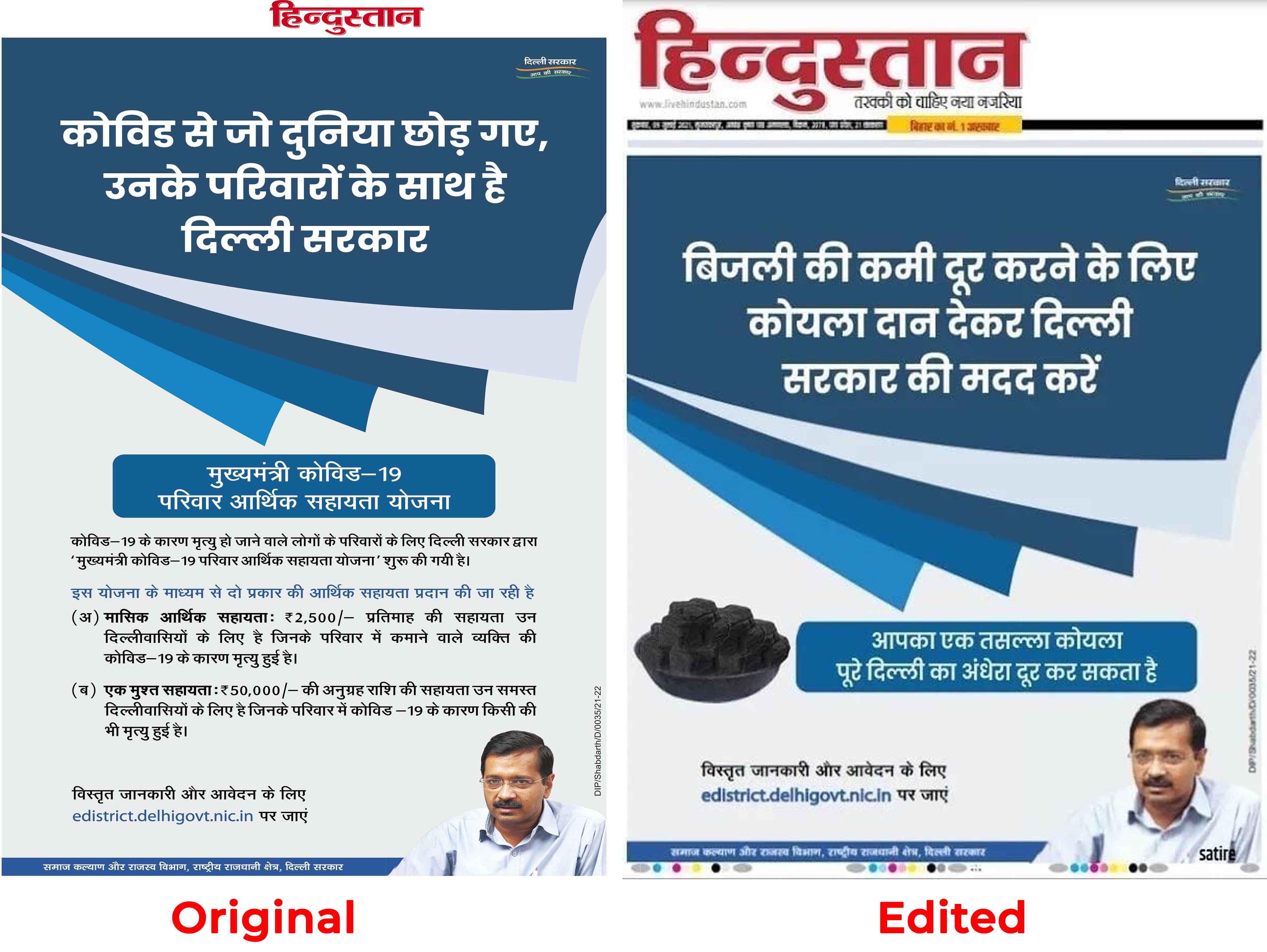 Hence, we can conclude that a morphed image has gone viral with fake claims.