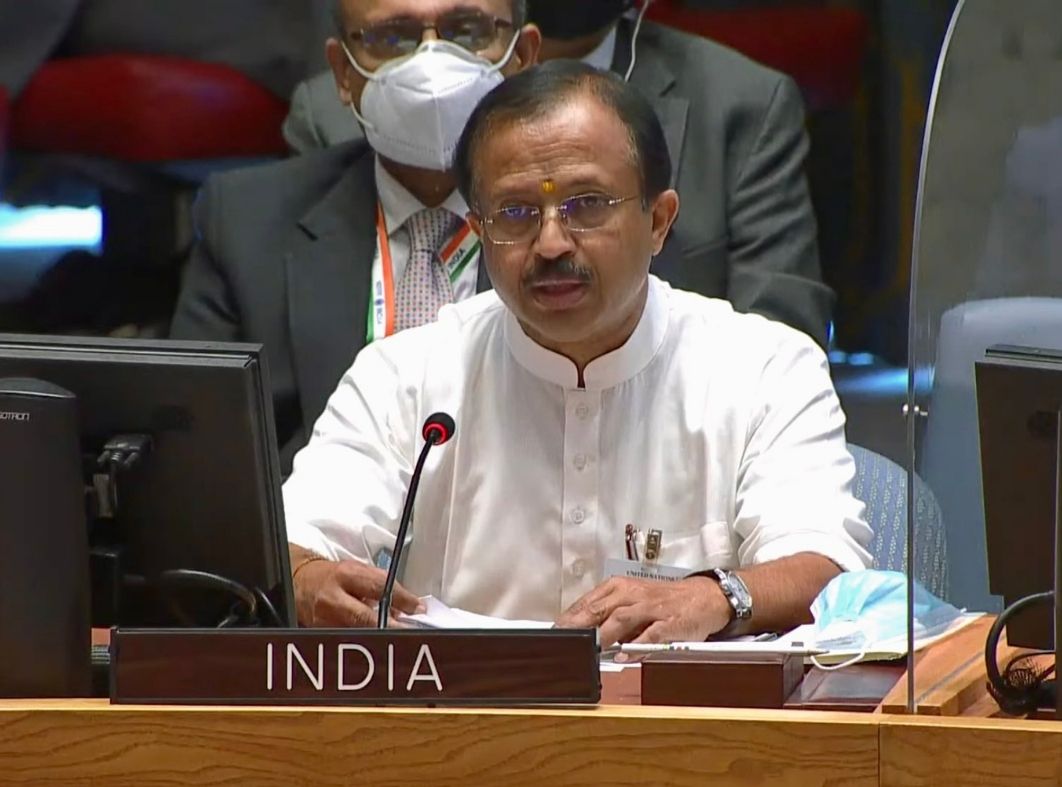 Union Minister of State for External Affairs (MoS) V Muraleedharan on Tuesday (local time) said that the increasing spread of terrorism in Africa is a matter of serious concern, adding that these terrorist forces and groups receive encouragement from member states, seeking to divide communities by legitimizing terrorist activities.

Made the following points in my remarks ⤵️ pic.twitter.com/2vYEYfOXES

Speaking at the UNSC High-Level Open Debate on Peace-building and sustaining peace, Muraleedharan said: “terrorism is a clear manifestation of how forces inimical to unity and diversity can seek to destroy the social cohesion and democratic fabric of countries by, inter alia, fomenting disaffection, hatred and violence.” “The increasing spread of terrorism in Africa is a matter of serious concern. What is even more unfortunate is that these terrorist forces and groups are receiving encouragement from member-states which seek to divide communities by legitimizing terrorist activities,” he added.

🔲Increasing spread of terrorism in Africa is matter of serious concern. What's even more unfortunate is that these terrorist forces & groups receive encouragement from member states, seeking to divide communities by legitimizing terrorist activities: @MOS_MEA at UNSC

India has always played a constructive and significant role in the context of peacebuilding through its extensive development partnership with developing countries, particularly in Africa and Asia and with LDCs, LLDCs and SIDS, he said while underscoring India’s role in developing countries. Referring to Afghanistan’s situation, the Minister of State said: “The change in authority in Kabul was neither through negotiations, nor inclusive. We have consistently called for a broad based, inclusive process that involves representation of all section of Afghans.”

“The expectations of the international community on Afghanistan, including on combating terrorism, are set out clearly in UNSC Resolution 2593. It is important that commitments made in this regard are respected and adhered to,” he said further.

The UN Global Counter-Terrorism Strategy has clearly reinforced yet again that terrorism cannot be justified under any ground and that no country should provide an excuse for such activities. It is equally important that UN organizations take GCTS as a template and not give any encouragement or excuse, even indirectly, to efforts of member-states to justify terrorism in any way, he added.

“The 2020 Review of the UN Peacebuilding Architecture that concluded last year gave us a new set of ‘twin resolutions’ on peacebuilding and sustaining peace. We appreciate that as part of its 2020-24 strategy, the Peace Building Fund has put forth a comprehensive scenario, covering a horizon of five years,” Muraleedharan said.

He added that India will continue to be a pillar of strength for all developing countries in
their transition to development, progress and prosperity.