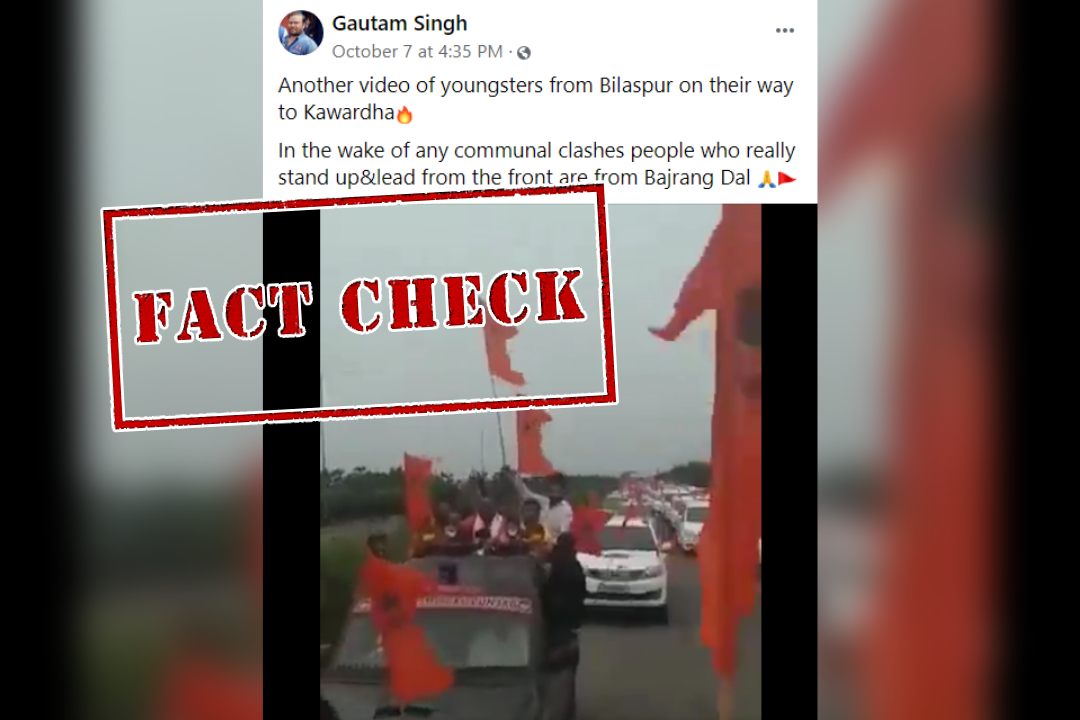 In the aftermath of communal clashes that broke out in Chattisgarh’s Kawardha on October 3, 2021, a video showing a large number of men waving saffron flags from their jeeps has gone viral on social media. It is being said that it shows Bajrang Dal activists travelling from Bilaspur to Kawardha in the wake of communal clashes.

The video is being shared on Facebook with a caption that reads, “Another video of youngsters from Bilaspur on their way to Kawardha. In the wake of any communal clashes, people who really stand up&lead from the front are from Bajrang Dal.” 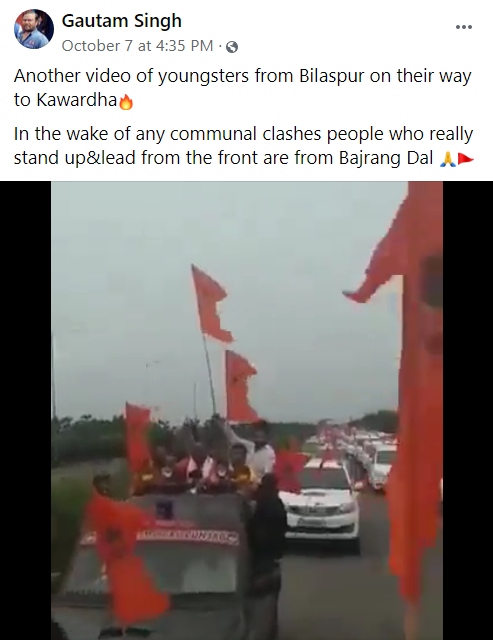 Looking closely at the video, we noticed that the number plate of one of the vehicles had the initials “PB”. This means that the vehicle is from Punjab. 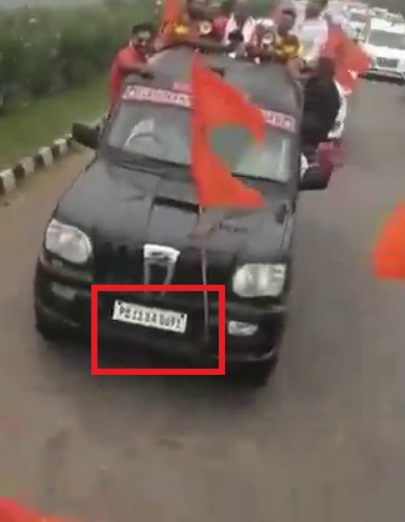 On further examination of the video, we found the text written on one of the jeeps’ windshields had the word “PUNJAB” written on it. 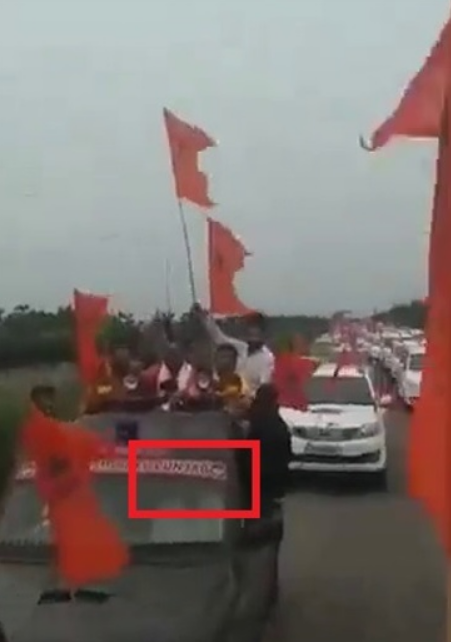 Taking all these things into consideration, we did a keyword search and found the same video uploaded on YouTube on September 13, 2021, with the description, “This is a Hindu rally organised by AHP Punjab for the unity of Hindu. @ahp @antrarastriye_hindu_parishad”.

We searched the Facebook profile of “Antrarastriye Hindu Parishad” and found the same video uploaded on September 4, 2021, with a caption that translates to, “ Har Har Mahadev Saffron march in Mohali, Punjab, under the leadership of Mahant Shri Ravi Kant Muni Ji, demanding the Mandir Act.” 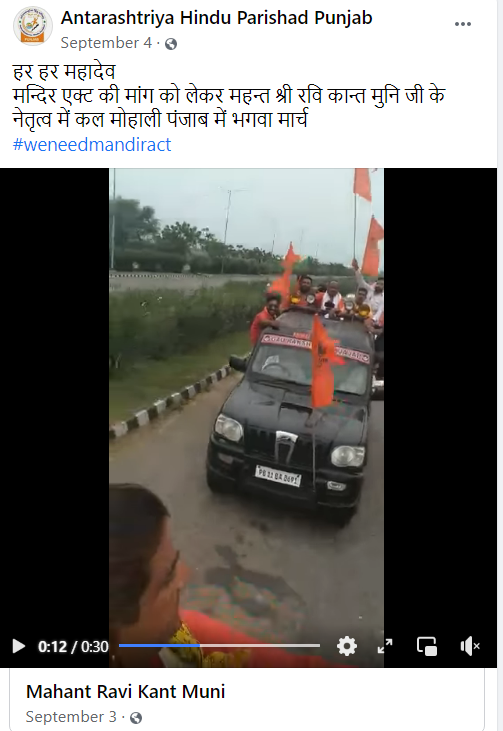 Doing a keyword search on YouTube, we found a similar video uploaded on September 4, 2021, claiming that it shows a Hindu organization taking out a saffron rally in Punjab regarding the Hindu Temple Act. Check a similar news report here.

Thus, it is evident from the above information that a video of a rally in Punjab is being falsely shared as Bajrang Dal activists travelling from Bilaspur to Kawardha in the wake of communal clashes.