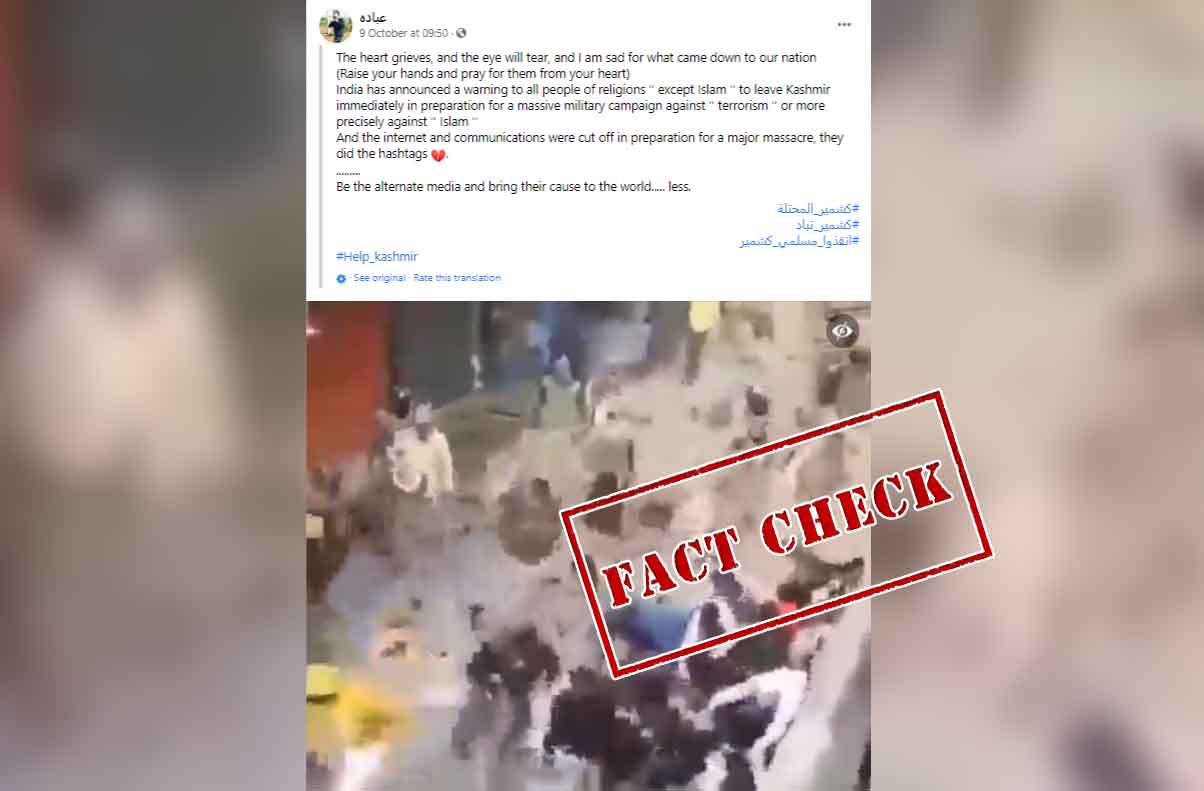 A video showing men in uniform assaulting people on a street is being circulated on social media with a claim that it shows Indian Army targeting Muslims in Kashmir.

The video is being shared with an Arabic caption which can be translated in English to, “The heart grieves, the eyes shed tears, and we grieve over what was revealed to our nation (Raise your hands and pray for them from your heart) India has announced a warning to all religions “except Islam” to immediately leave Kashmir in preparation for a massive military campaign, as usual, against “terrorism” or, more precisely, against “Islam”. The internet and communications were cut off in preparation for a major massacre.” 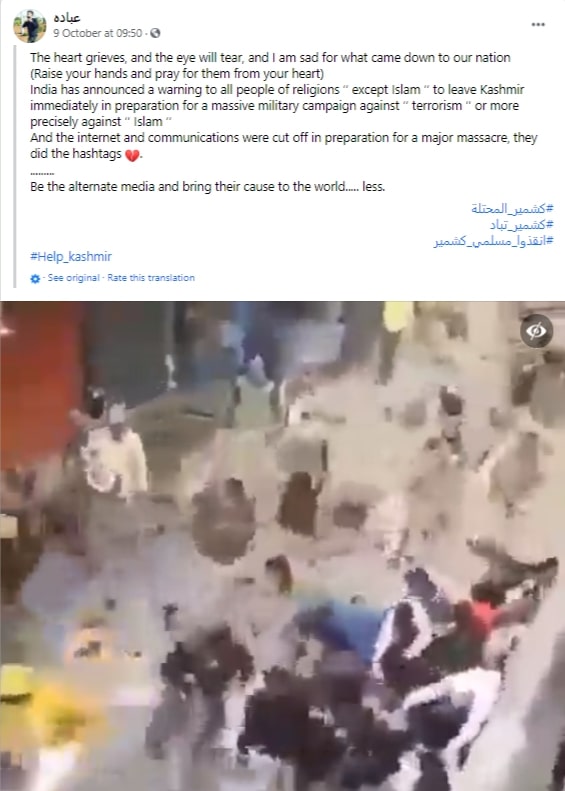 We extracted keyframes of the video and ran a Reverse Image Search along with a keyword search on Google. However, the search did not yield any result. We then ran an extensive search on Yandex, a Russian search engine, and found that the same video (in better quality) was uploaded on YouTube in December 2019. 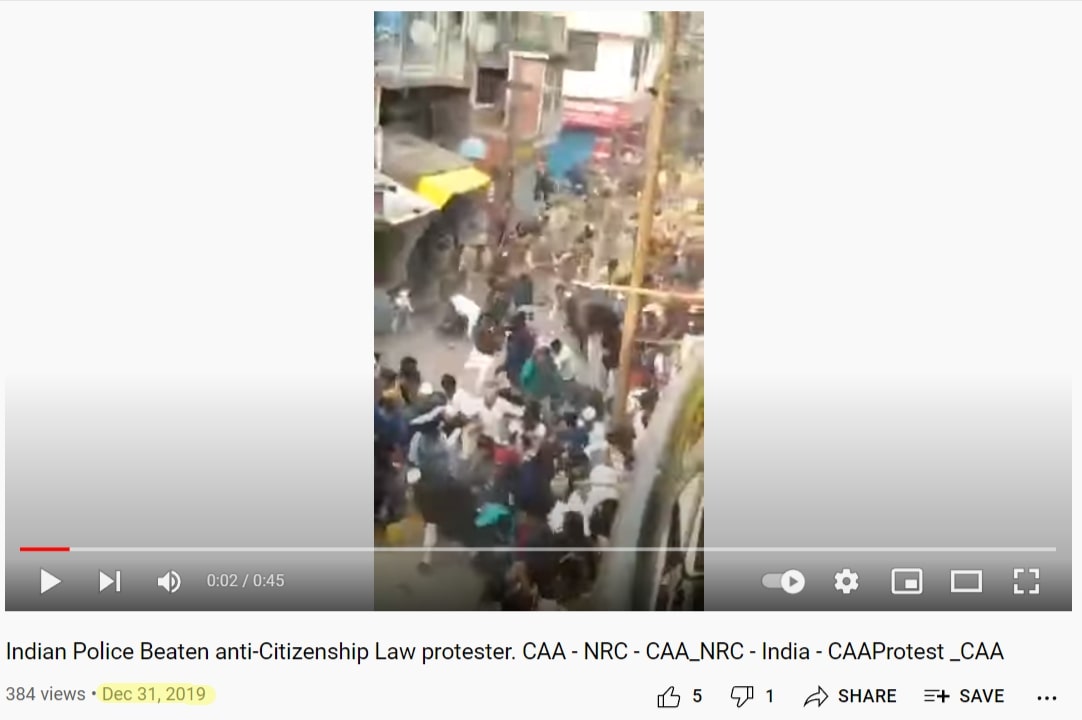 Taking a hint from the above video, we then ran another search and found a different YouTube video that carried visuals similar to the viral one. However, they were taken from a different angle. The video can be seen from 2:01 min to 2:26 min. 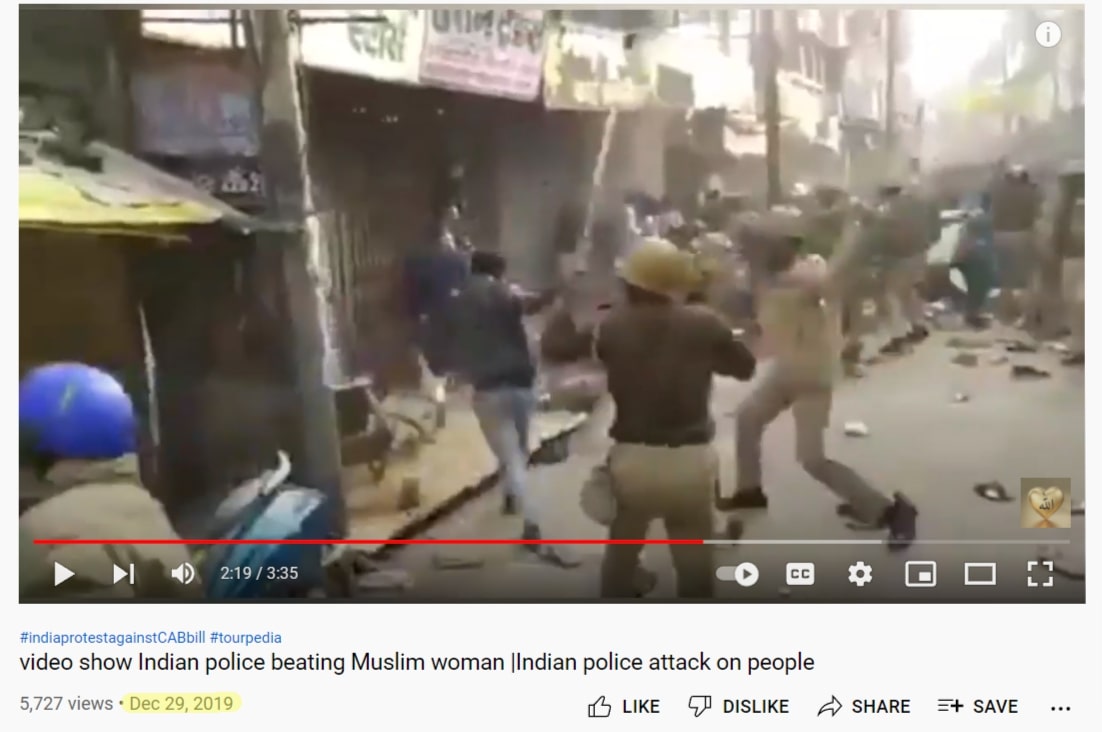 We noticed that a shop that can be seen in the background of the viral video is clearly visible in the above YouTube video.

The board read ‘Mangala Wedding Collection‘ in Hindi. So, we ran a search and found that the shop is located in Nakash chowk, Gorakhpur in Uttar Pradesh, India. 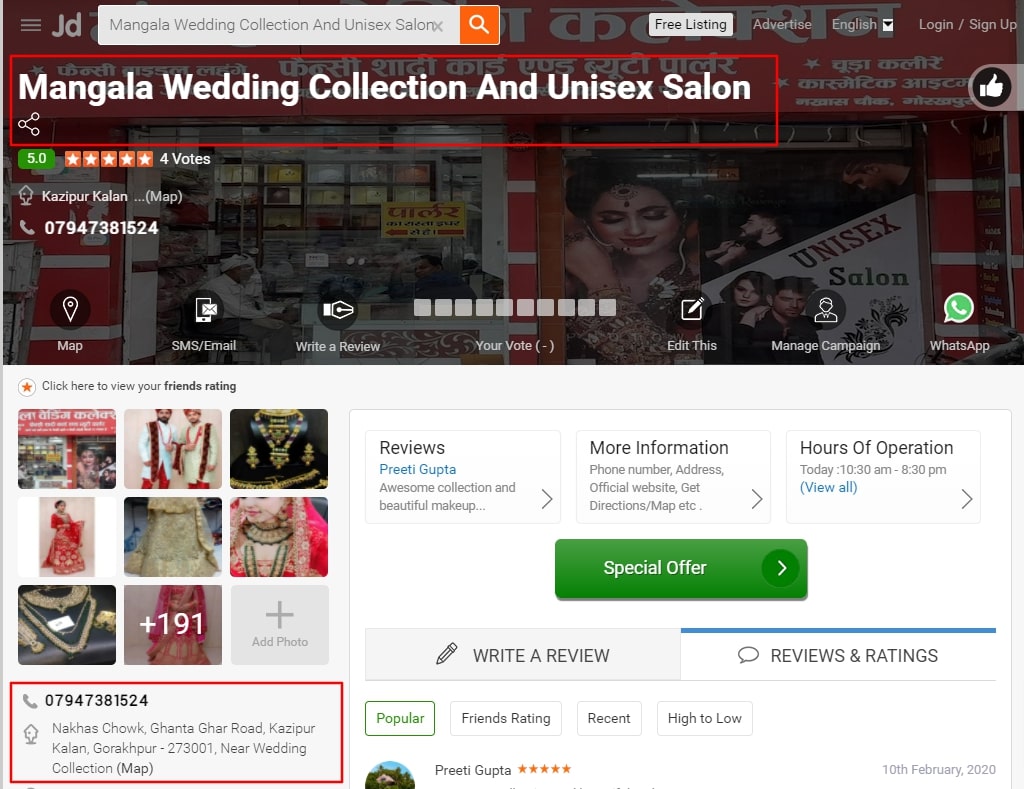 We could also trace another shop that is visible in the video, Maa Vaishno Stationers, to the same location.

We also found a report by TV9 Kannada dated Dec 20, 2019, where similar visuals of the protests can be seen. And we also noticed parts of the ‘Mangala Wedding Collection‘ in some of the frames. 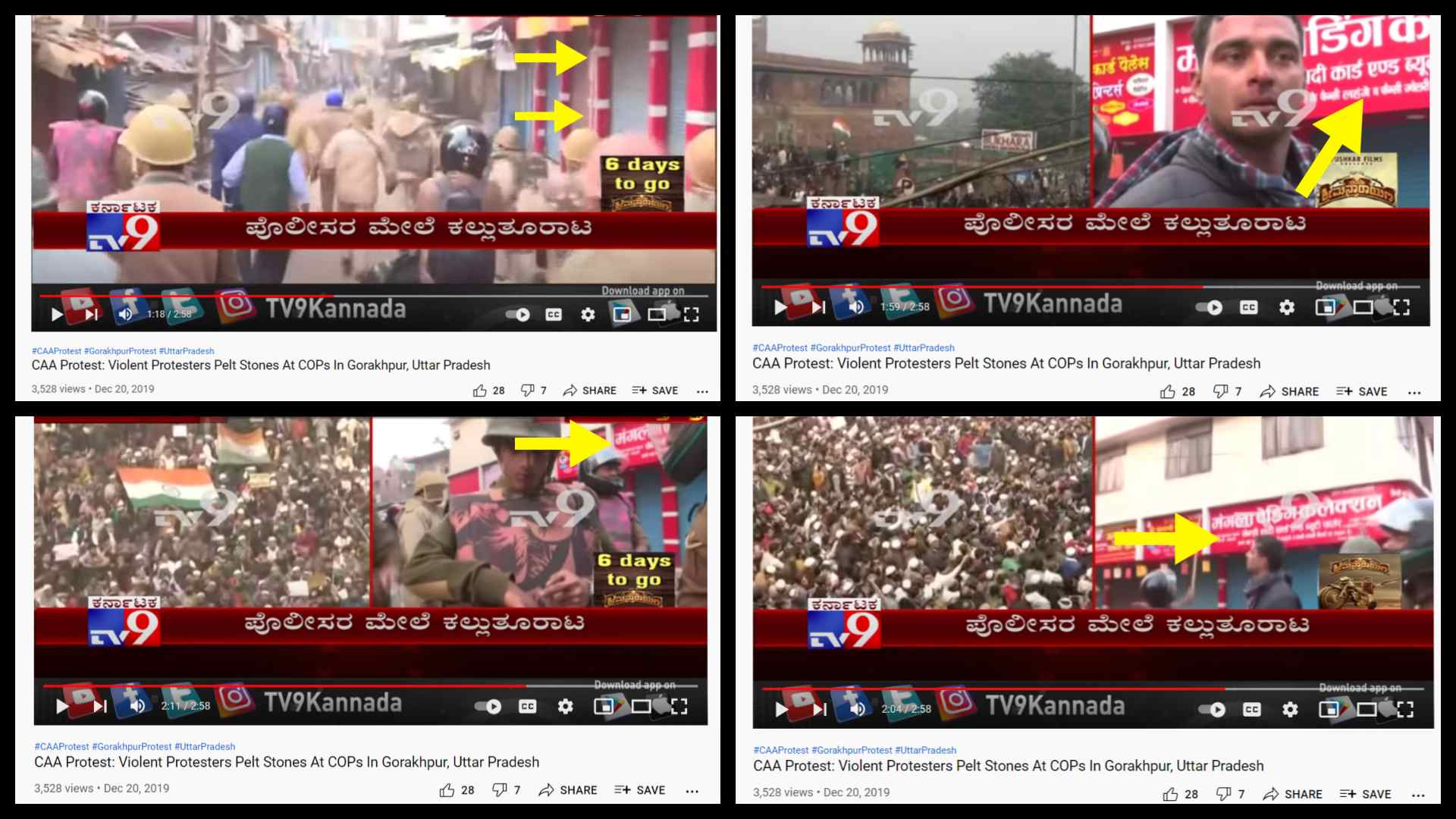 According to other reports, anti-CAA protests in Gorakhpur, Uttar Pradesh, took a violent turn after protesters pelted stones at cops on December 20, 2019. Similar reports of violence during protests were reported from different cities across Uttar Pradesh. The news reports can be seen here, here and here.
From the above video, we could conclude:

Moreover, we did not find any notice/reports stating that the Centre has asked people to vacate Kashmir in preparation for a massive military campaign.