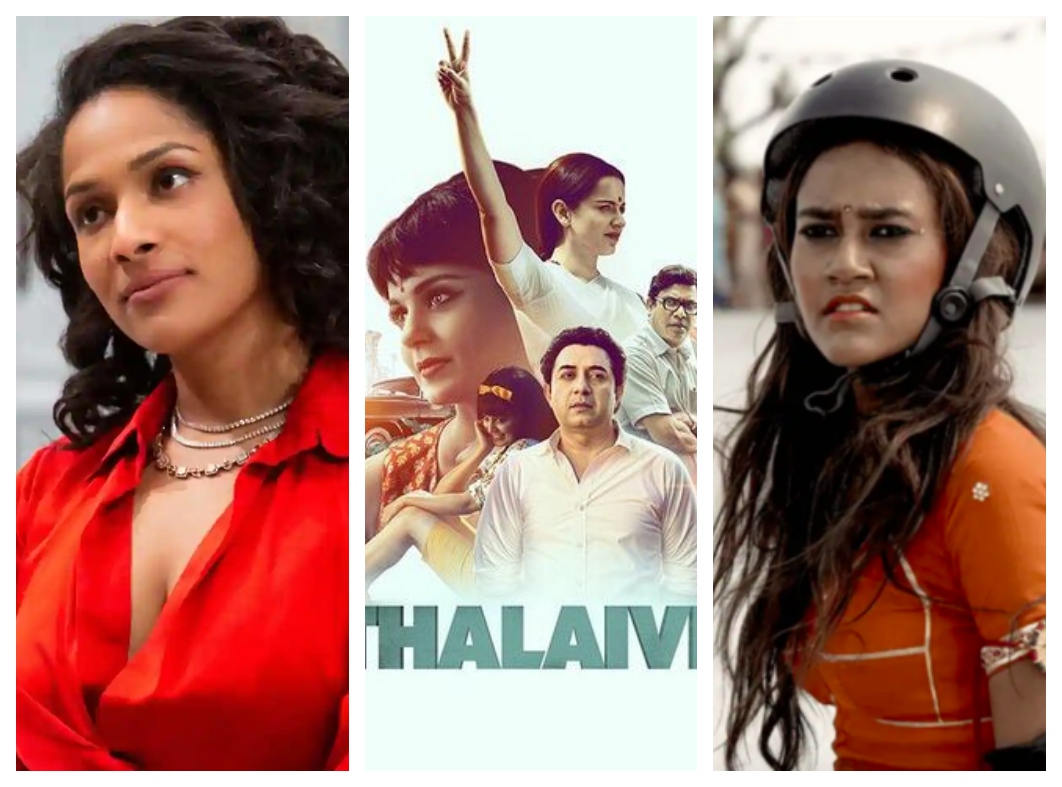 We celebrate Navratri or Durga Puja, celebrating and worshipping the goddess in her nine forms. It’s the time when bright clothes, dandiya nights, and chants of Durga can be heard in every corner of the city. Now it is also the time to celebrate and honor female power. Let’s take a look at some OTT releases to watch for the best and bold representative of female power this Navratri.

Tapsee Pannu, known for her very bold characters in films, came out with Rashmi Rocket to talk about the struggles of women athletes. Tapsee has the role of a sportsperson and the story centres on how exclusively female athletes are forced to gender tests.Rashmi Rocket’ is a film that aspires to break gender-specific stereotypes as well as the frequent stereotypes that female athletes have to face.

Kangana Ranaut’s long-awaited, Jayalalithaa biopic. Directed by A. L. Vijay.  The film goes on the former Tamil Nadu chief minister who transformed from an actor to one of the most respected politicians. Kangana Ranaut is one of the actresses, who manages to pull the crowd in the theatres with her stardom, portraying a strong profile of the journey of Jayalalithaa, Kangana and Thalaivi in all is a great representation of femine powers in politics.

This is a story of a girl from a poor family in rural India who’s always expected to obey her parents. The film sensitively navigates the conflict between following one’s desires and sticking to tradition. Filmmakers  homed in on the importance of female empowerment to bring change. Prerna, the character, started skateboarding, which is taken from the Indian culture and often seen as a thing of males.

In Bulbbul, Tripti Dimri played a child bride who is assaulted viciously by her husband and raped by her brother-in-law before becoming a vigilante and killing abusive men. Women and children are subjected to physical, sexual, and emotional abuse all throughout the world, and it must be addressed. The film is produced by Anushka Sharma’s Clean Slate Filmz, portraying Bulbbul, a rape revenge story, a genre appearantly empowering in the terms of feminism.

Masaba Masaba, starring Neena Gupta and her daughter Masaba Gupta, explores the relationship between two women, a single mother and a daughter raised by a single mother. The series wonderfully depicts the struggle to manage love in their own relationships while dealing with the challenges of difficult, professional careers. In contrast, Masaba has shown to have a career where she faces stereotypical challenges. It’s difficult to discover stories in which the female characters aren’t portraying the ideal picture of a ‘liberated’ woman who is doing what her male colleagues have been allowed to do for decades. The cherry on the cake, Masaba Masaba had a crew of all women.

Four More Shots Please is a story revolving around the lives of four young urban Indian women who are effortlessly portraying their cool, good looking, educated, working characters, Sayani Gupta, Bani J, Kirti Kulhari and Maanvi Gagroo are residents, or newcomers to the big city, they dress well, go to bars, get drunk, have casual sex, are confused about their careers and personal lives, have marriage problems, self doubts, and are privileged enough to be coming of age in their thirties and forties. The series leaves lessons on issues of the modern day; dating, marriages, body shaming and self-worth.