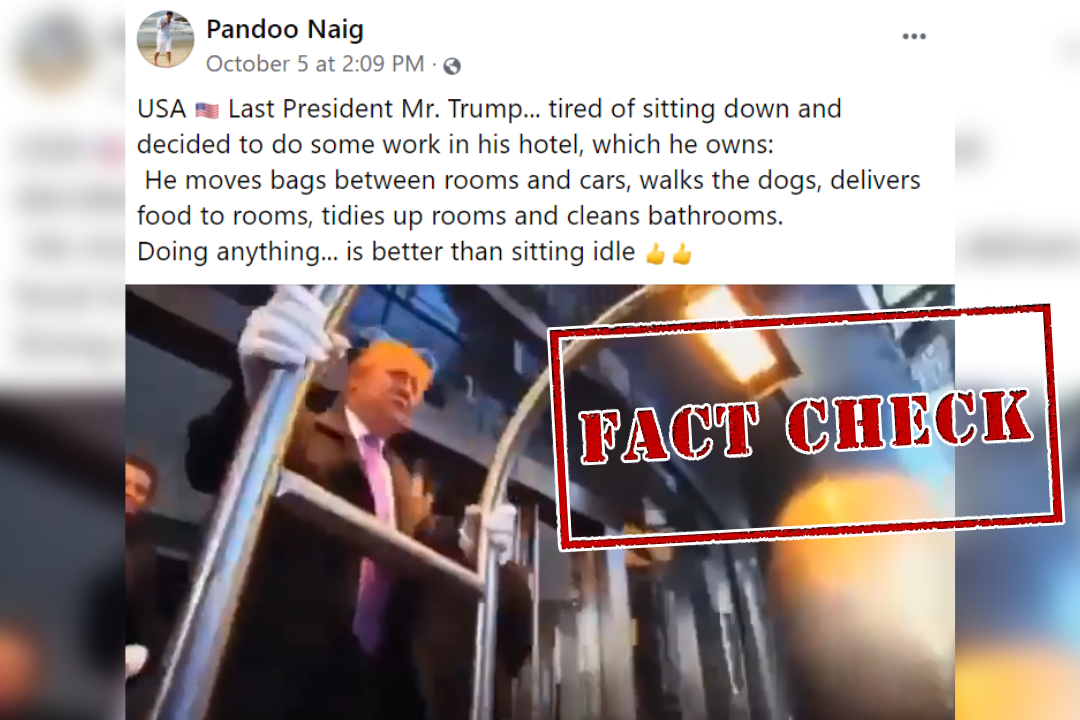 A video in which the former US President Donald Trump can be seen working in a hotel is being widely shared on social media. It is being claimed that he is working as he got tired of sitting idle and decided to work in his own hotel.

The video is being shared on Facebook with a caption that reads, “USA Last President Mr Trump. Tired of sitting down and decided to do some work in his hotel, which he owns. He moves bags between rooms and cars, walks the dogs, delivers food to rooms, tidies up rooms and cleans bathrooms. Doing anything is better than sitting idle.” 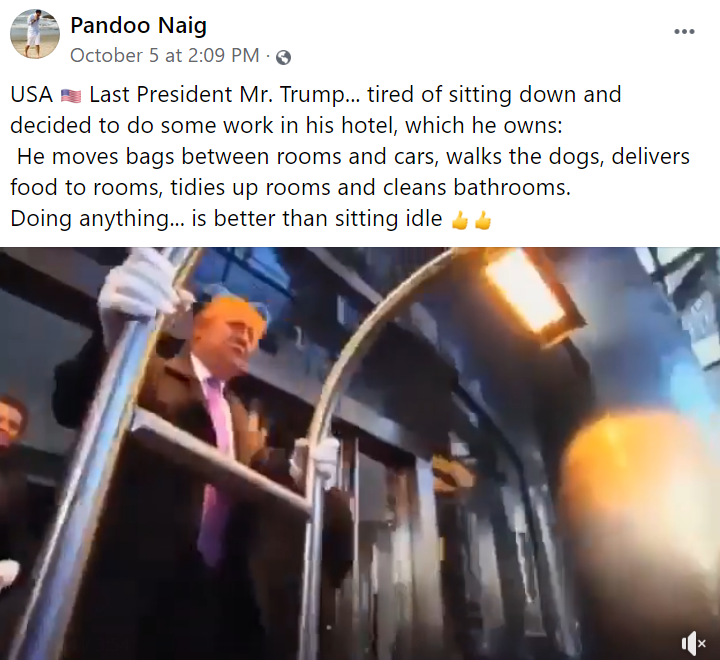 Starting with our investigation, we did a keyword search and found the same video uploaded on YouTube in 2018 and 2016 as well. The video description read, “President Donald Trump works in his own hotel”, and “Trump Cleans Bathrooms and Works as a Waiter and Bell Hop at his Hotel.”

Searching further, we found an article published in HuffPost in 2015, stating that the video was taken in 2011 (long before Donald Trump became the US President). The article stated: “The real estate mogul has long been at the top of the financial food chain, but in 2011, “The Oprah Winfrey Show” wanted to find out what would happen when the man who owns the Trump Hotel Collection took on some more basic staff duties at his luxury chain.” 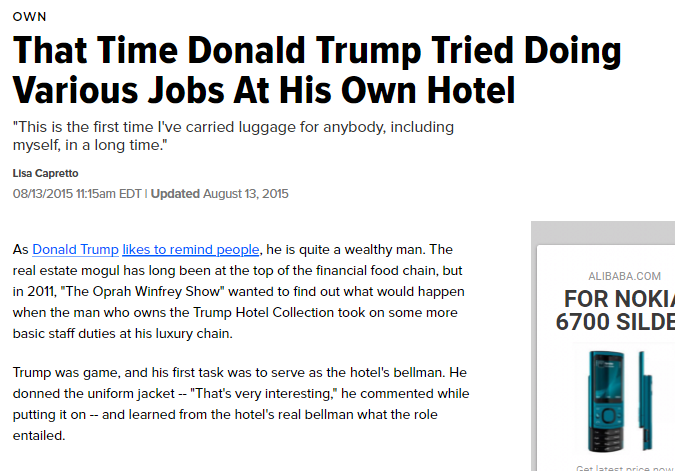 We found another news article dated February 7, 2011, that carried visuals similar to the viral video. The headline of the article read, “Donald Trump works low-level jobs at his own hotel on ‘Oprah Winfrey Show.” 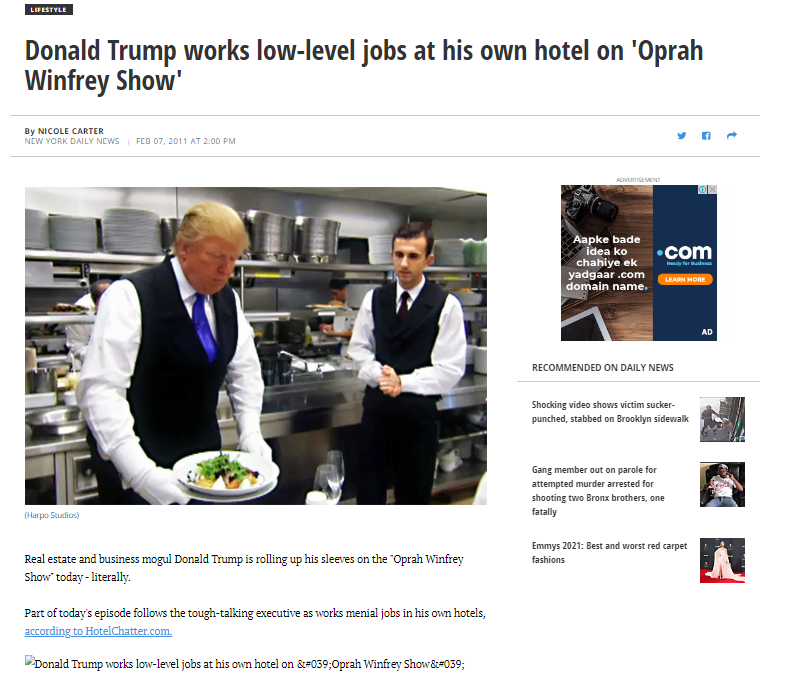 According to another website, “In 2011, Trump did a segment for the Oprah Winfrey Network, in which he agreed to work four different jobs at his hotel in New York for one full day. Trump showed up in high spirits and was ready to take on the day!”

Thus, it is evident from the above information that an old video of Donald Trump working in his hotel is being shared with misleading claims.