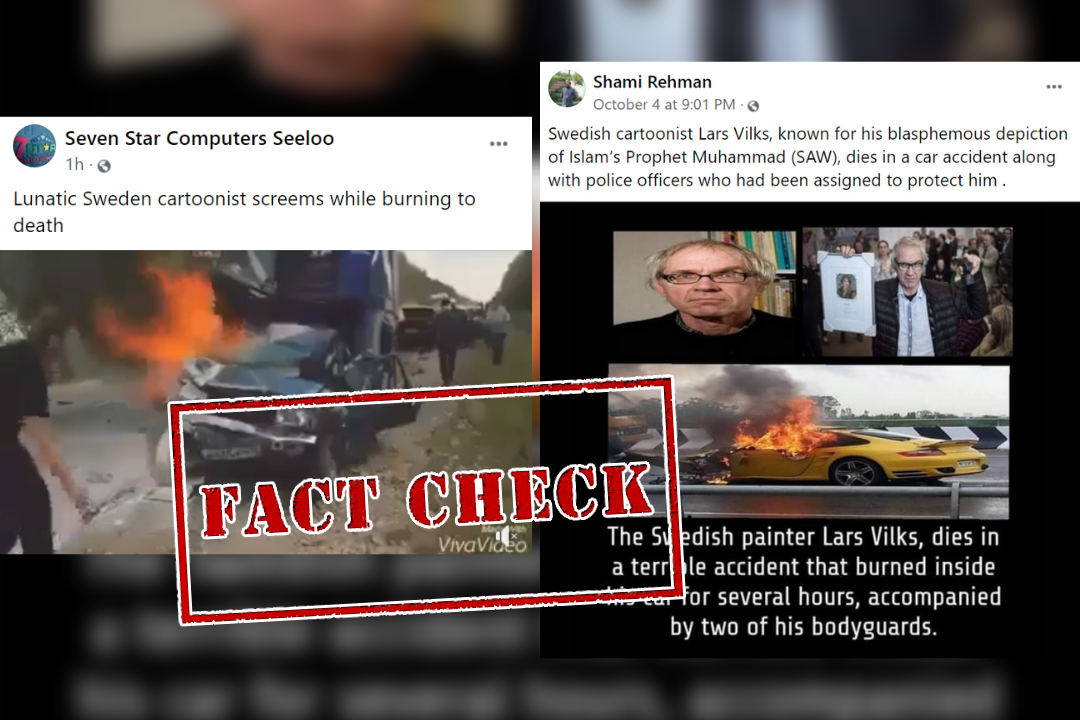 Swedish artist Lars Vilks, who stirred worldwide controversy in 2007 for his depiction of  Prophet Muhammad, died in a car accident near the town of Markaryd on October 3, 2021. In this backdrop, social media is replete with images and videos claiming to show Lars Vilks’ car crash.

Many Facebook users are sharing an image of a burning car with a caption: “Swedish cartoonist Lars Vilks, known for his blasphemous depiction of Islam’s Prophet Muhammad, dies in a car accident along with police officers who had been assigned to protect him.” 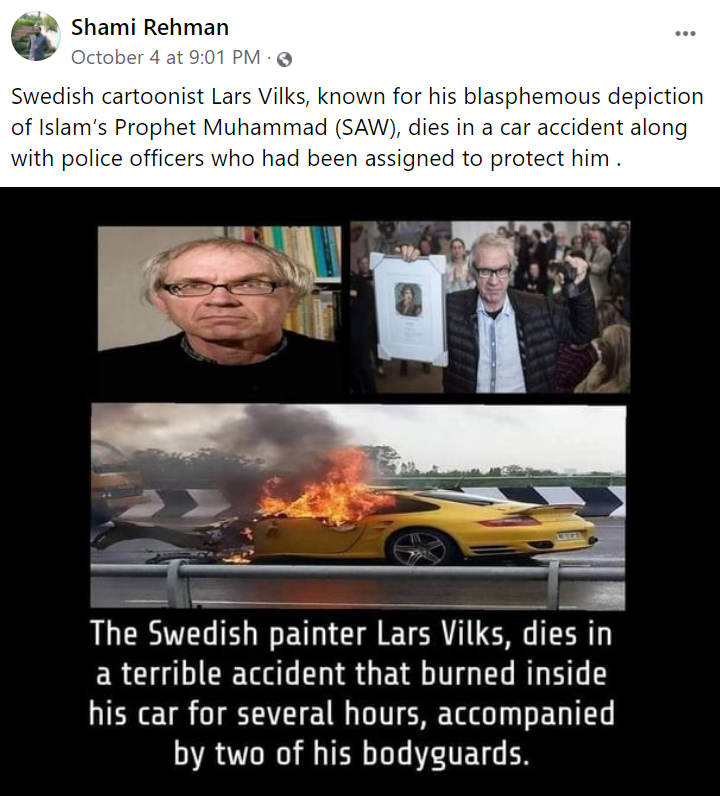 Along with this, a video of a car crash is also being shared with a claim that it shows “Lunatic Sweden cartoonist screams while burning to death.” 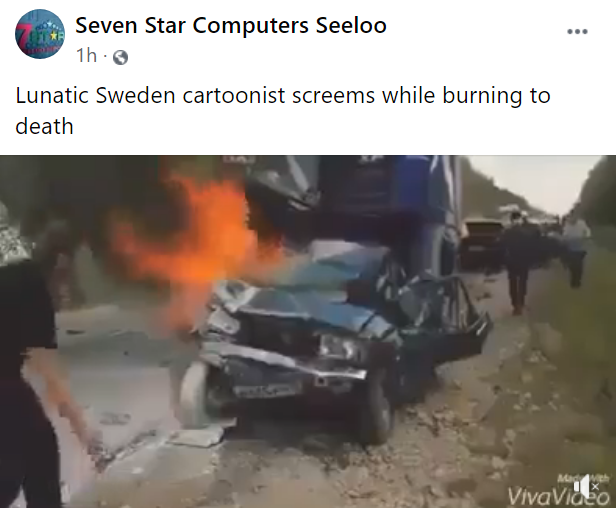 We checked both the post separately and found the following:

A simple Reverse Image Search directed us to an article dated April 13, 2015, which carried the same viral image with a headline that read, “Porsche 997 Turbo crashes and burns in India after aquaplaning.” According to the article, the incident happened on the Outer Ring Road expressway in Hyderabad. 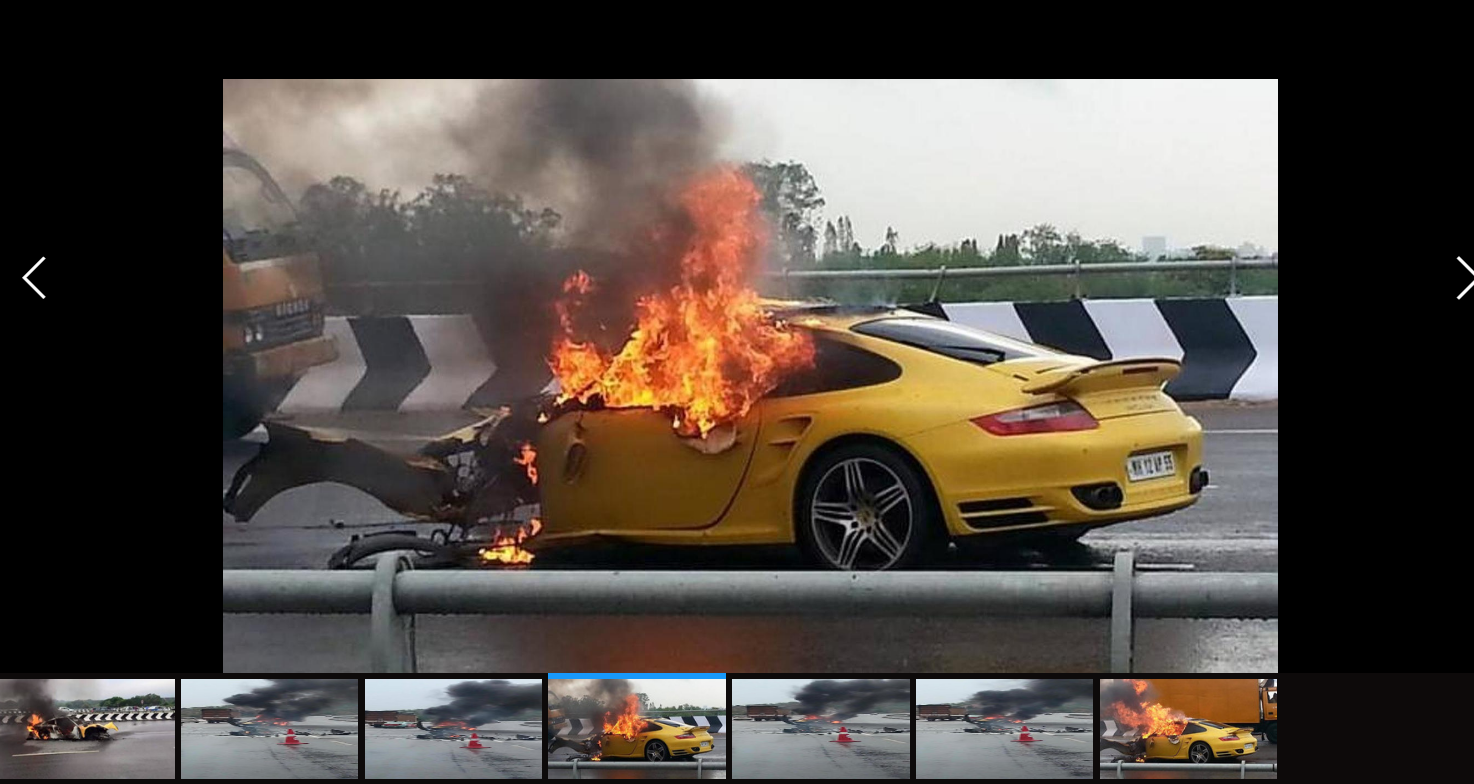 Taking a cue from this, we searched and found a news report by Hindustan Times published on April 13, 2015, which reported the same incident. According to the report, “A businessman driving at a high speed escaped death after his Porsche car rammed into a divider and caught fire on Outer Ring Road in Himayatsagar, Hyderabad, Telangana.” 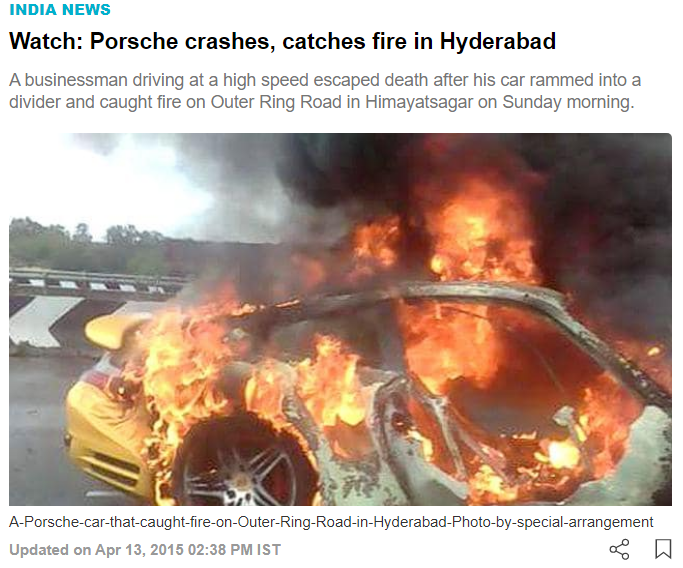 Thus, it is evident that a car accident in India is being falsely portrayed as that of Swedish cartoonist Lars Vilks.

We extracted keyframes from the video and performed a Reverse Image Search. This directed us to the longer version of the video uploaded on YouTube on September 23, 2014. The video description translates to, “Road accident 09/21/2014. On the Izhevsk-Mozhga highway, the man was burnt alive.”

Taking a cue from this, we found that the same video was uploaded on the official YouTube channel of a Russian Broadcaster REN TV on September 22, 2014.  The video description translates to, “The driver burned down alive on the highway near Izhevsk.”

Doing a keyword search, we found many Russian news websites which reported the same incident in 2014. According to the article, “On September 21, 2014, at about 15:00, nine cars collided on the Izhevsk-Mozhga highway in west-central Russia.” More such reports can be read here and here. 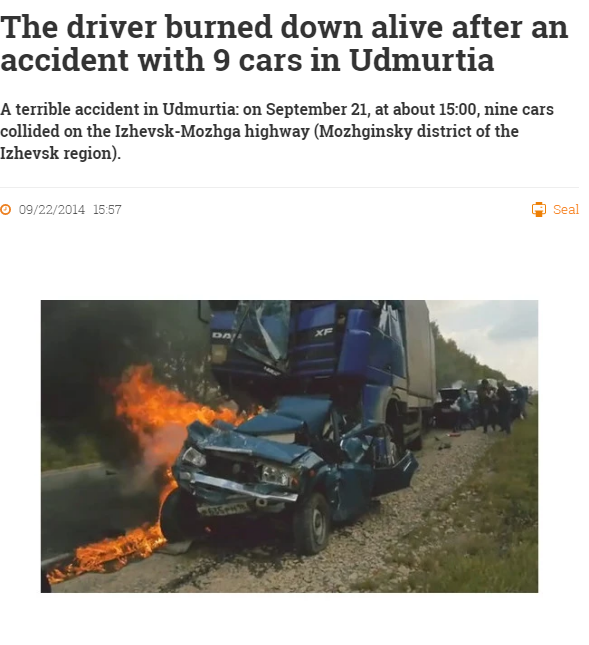 Thus, it is evident from the above information that old videos of car accidents in Hyderabad and Russia are being falsely linked to the death of Swedish artist Lars Vilks.