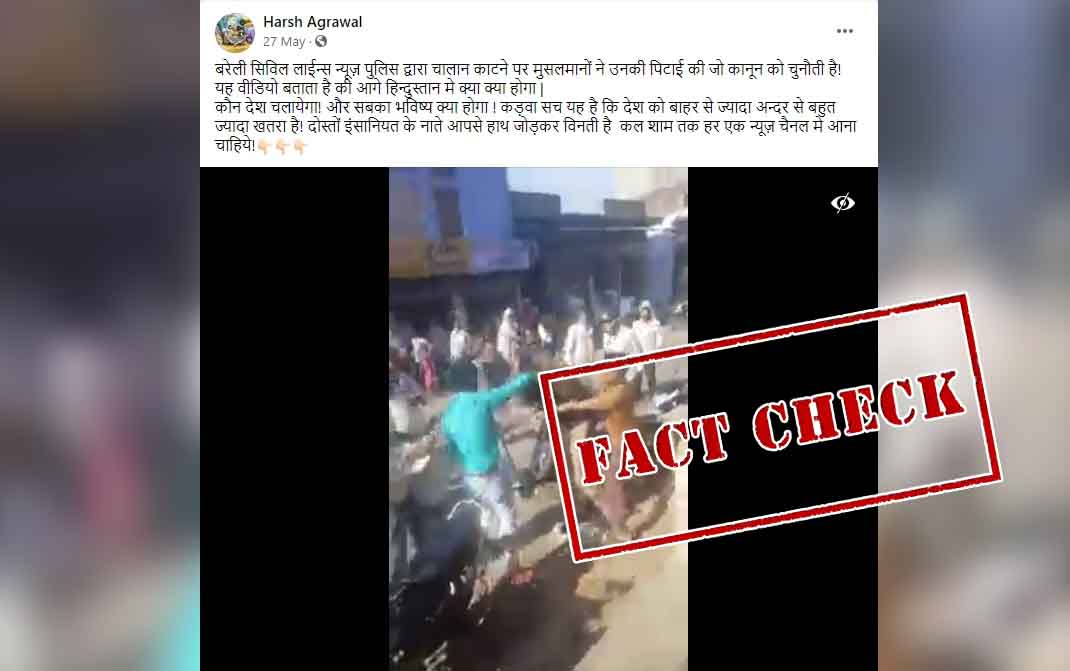 A video of a few people beating a cop is being shared on social media with a communal claim that members of the minority community attacked the cop in Bareilly, Uttar Pradesh after being fined.

(English Translation: Bareilly Civil Lines News The Muslims beat police up for cutting the challan, which is a challenge to the law! This video tells us what will happen next in India. Who will run the country? And what will be the future of everyone! The bitter truth is that the country is at greater risk from within than from outside! Friends, as a human being, I request you with folded hands that this video is to be sent to every group, by tomorrow evening, this should be played on every news channel.) 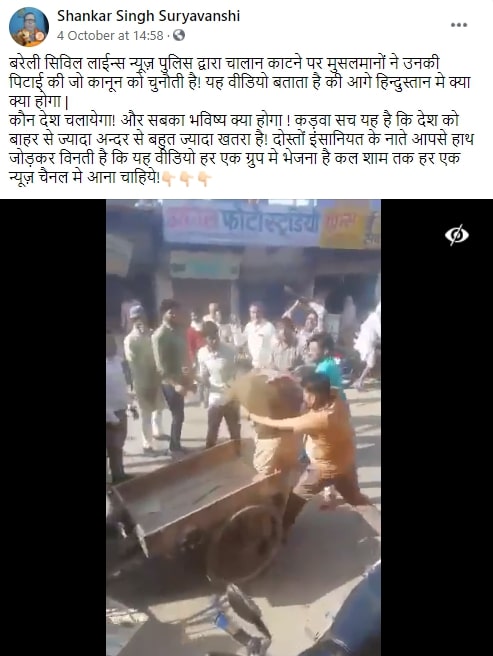 Here’s the link to the above post. More links can be seen here and here.

While looking for a similar posts on Facebook, we found that a user shared the same video in May 2021 too. 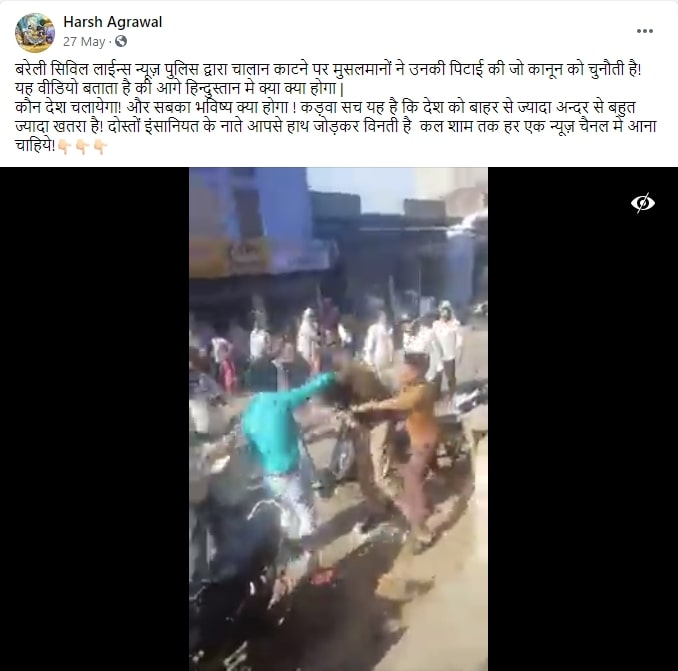 We then ran a Reverse Image Search using the keyframes of the video along with a keyword search and found that the incident was reported by Danik Bhaskar at least 6 months back.

The headline of the article can be translated in English as, “Policeman brutally beaten up: Angry People Beat Haryana Police Constable Fiercely After Collision With Police Jeep, tore the uniform; VIDEO surfaced.” 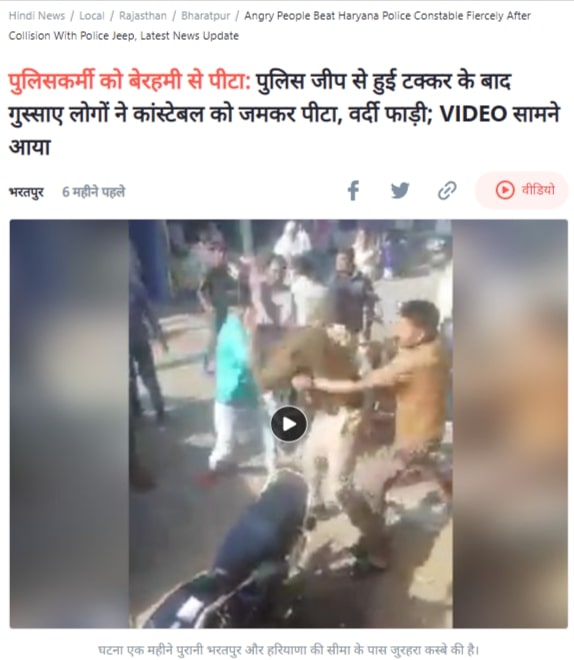 The same incident was also reported by ETVBharat on March 25, 2021. According to the report, the incident took place in Bharatpur, Rajasthan. 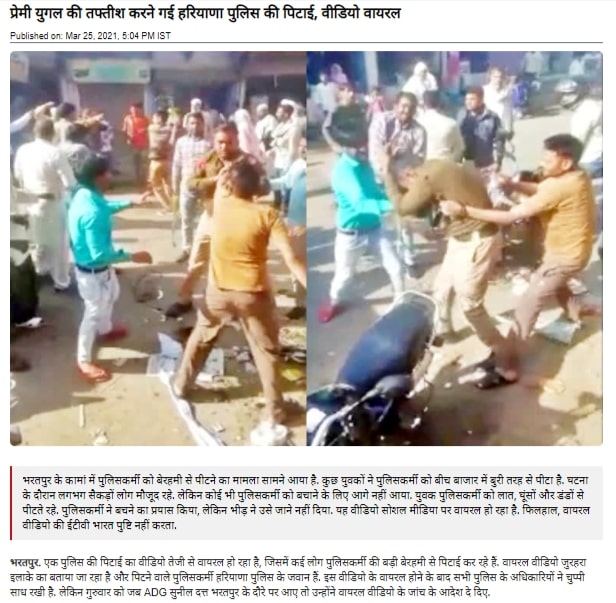 The report mentioned that the incident took place when Haryana Police were going to Jurahara to investigate a case and their police jeep hit a man in the market. Following this, the angry villagers started thrashing the police constable.

Replying to the same video shared by a Twitter user on March 23, 2021, Bharatpur police confirmed that the incident is from Jurahara, a town in Rajasthan. 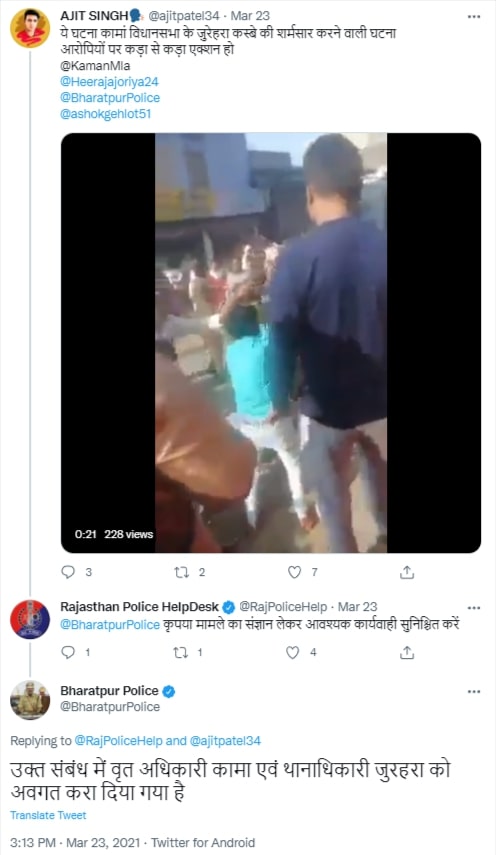 Moreover, we also found that in a tweet dated May 25, 2021, Bareilly Police clarified that the video of an incident from Rajasthan is being shared with a false communal narrative. 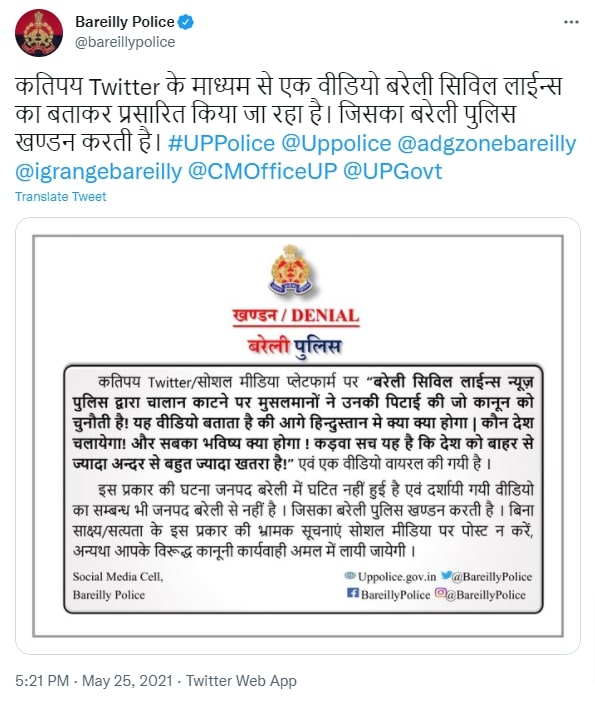 The above information proves that an unrelated video from Rajasthan is being shared on social media with a false communal narrative.