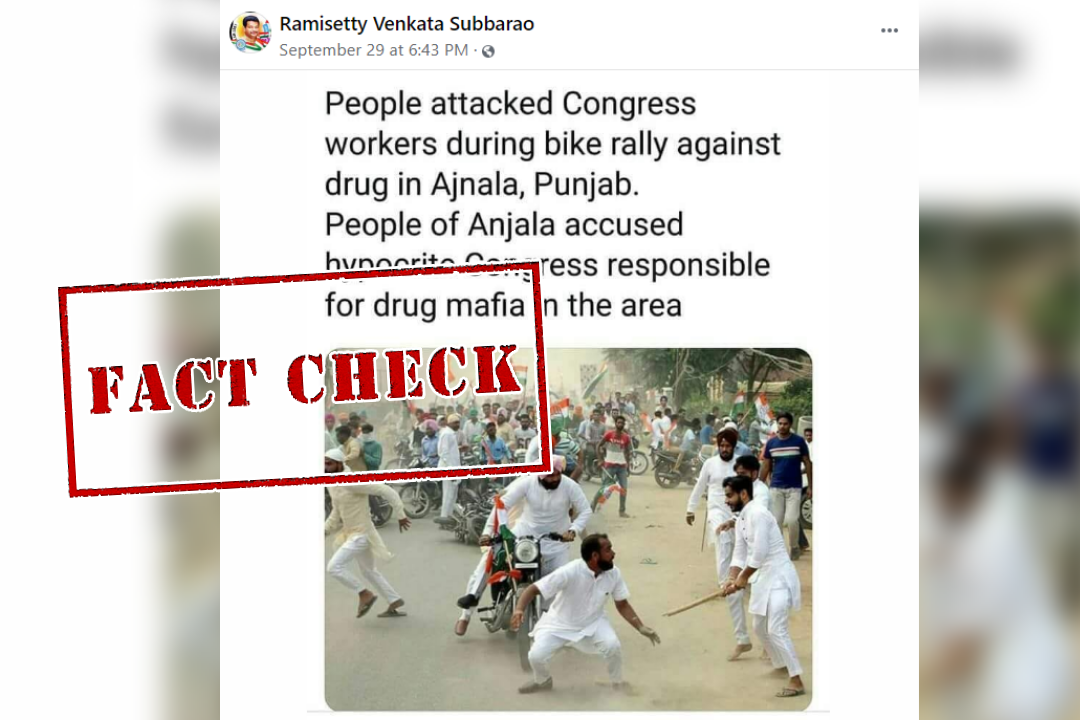 An image has recently gone viral on social media claiming that Congress workers were attacked during a bike rally in Ajnala, Punjab.

The text embedded on the image reads, “People attacked Congress workers during bike rally against drug in Ajnala, Punjab. People of Anjala accused hypocrite Congress responsible for drug mafia in the area.” 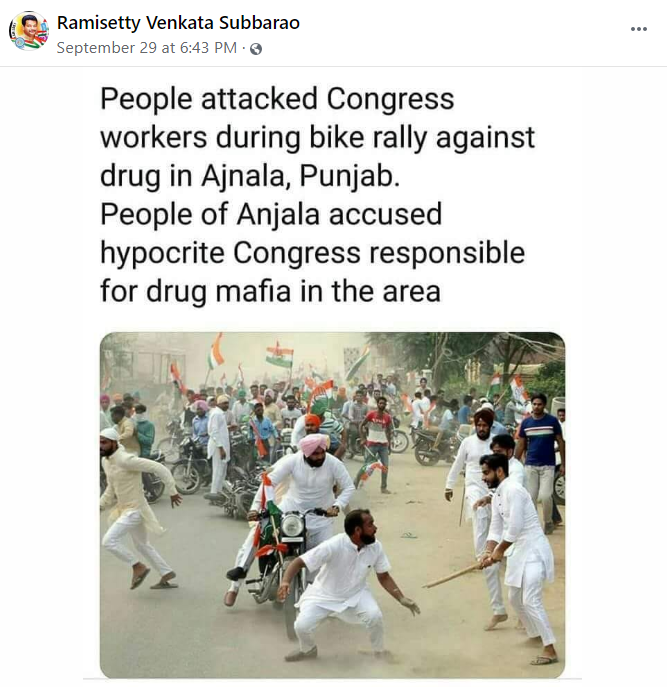 Starting with our investigation, we did a keyword search but could not find any recent news report corroborating the viral claim. Although, we could find many news articles published in 2016 that reported the same incident. 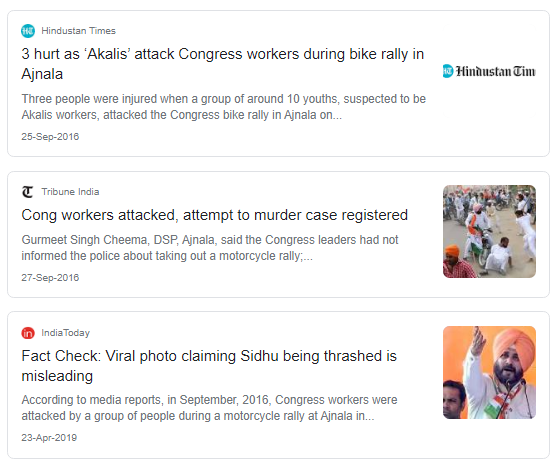 Taking a cue from this, we performed a Reverse Image Search with relevant keywords and found the same viral image uploaded in a news article published on September 25, 2016. According to the article by Hindustan Times, “Three people were injured when a group of around 10 youths, suspected to be Akali workers, attacked the Congress bike rally in Ajnala.” 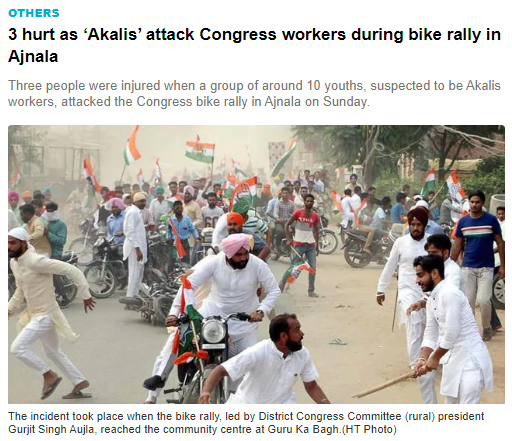 We could also find a news article by The Tribune published on September 27, 2016, that carried the same image with a caption, “The Congress (rural) district president Gurjeet Singh Aujla (on the bike) and other workers being attacked during a motorcycle rally conducted at Ajnala.”

Searching further, we found the video of the same incident uploaded on the official channel of “InKhabar” with a description that read, “A bike rally taken by Congress and youth Congress worker was today attacked by some lathi-wielding youths in Ajnala.” The video was uploaded on September 26, 2016.

Thus, it is evident from the above information that an image of Congress workers being attacked in 2016 is being shared as that of recent. Therefore, the viral claim is misleading.