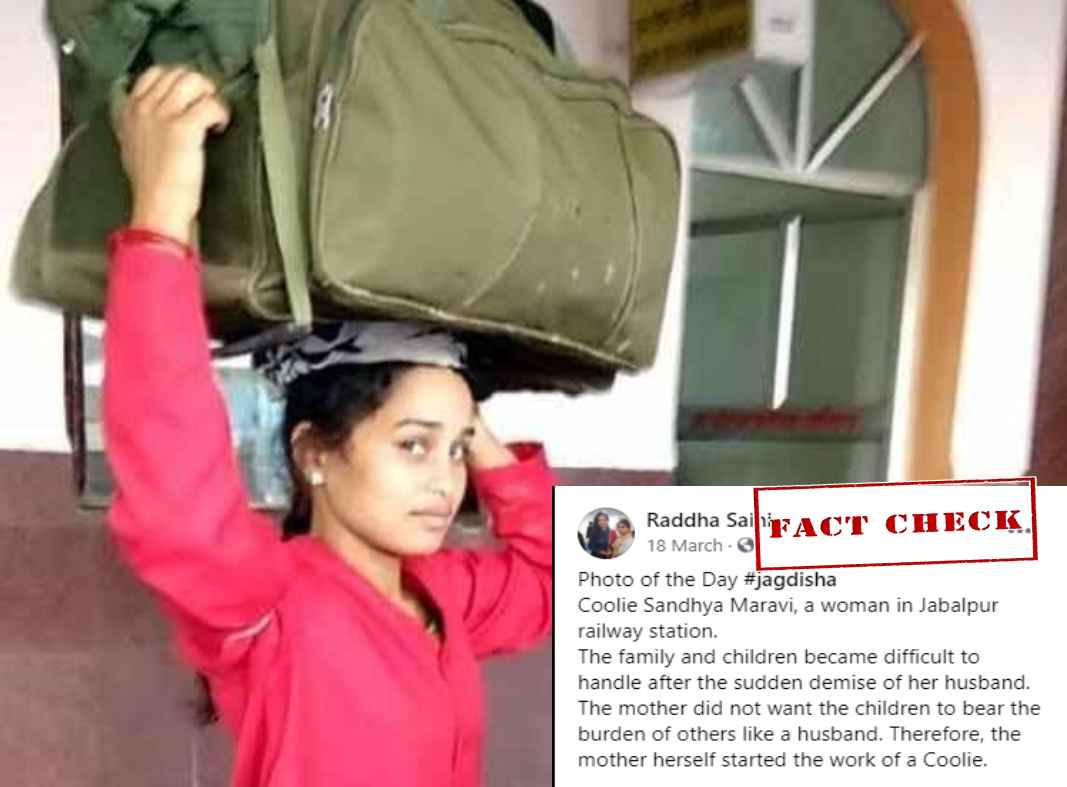 An image of a female porter has gone viral with a claim that she is India’s first woman porter.

The text embedded in the image reads, “Meet Sandhya! A lady coolie, badge no. 36. Her husband died in 2016. She has 3 kids. Sahil (8), Harshit (6), Payal (4) to look for. She daily travels 45 Kms to reach Jabalpur then Katni, works till evening and then makes food for her kids. She is the first lady coolie in India.” 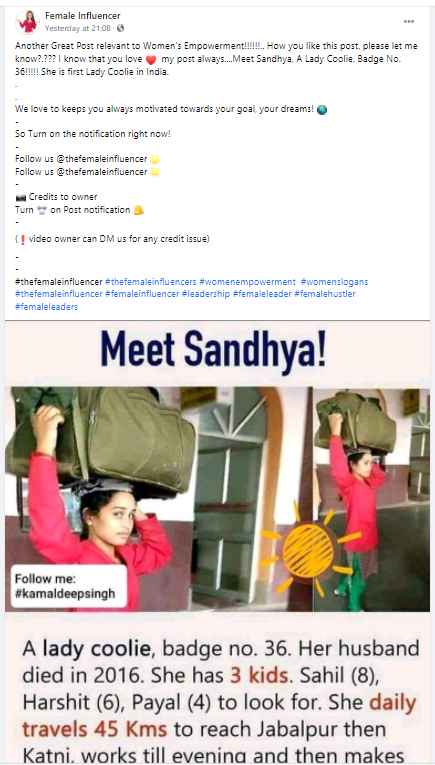 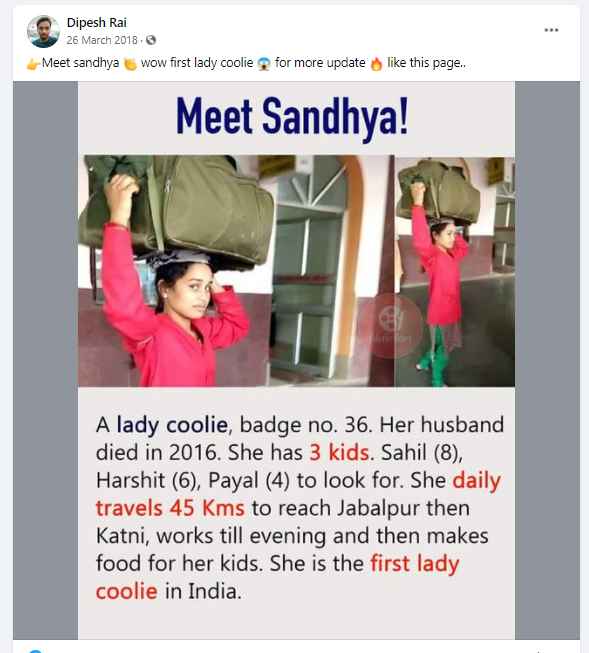 On further searching with the keyword, ‘Sandhya Coolie’, we found a report published by IndiaTimes on March 12, 2018. According to the report, ‘Sandhya Marawi, a 30-year-old woman is India’s first lady coolie who is also breaking stereotypes.’ She has been working since January 2017 at Katni Junction in Madhya Pradesh’s Jabalpur. 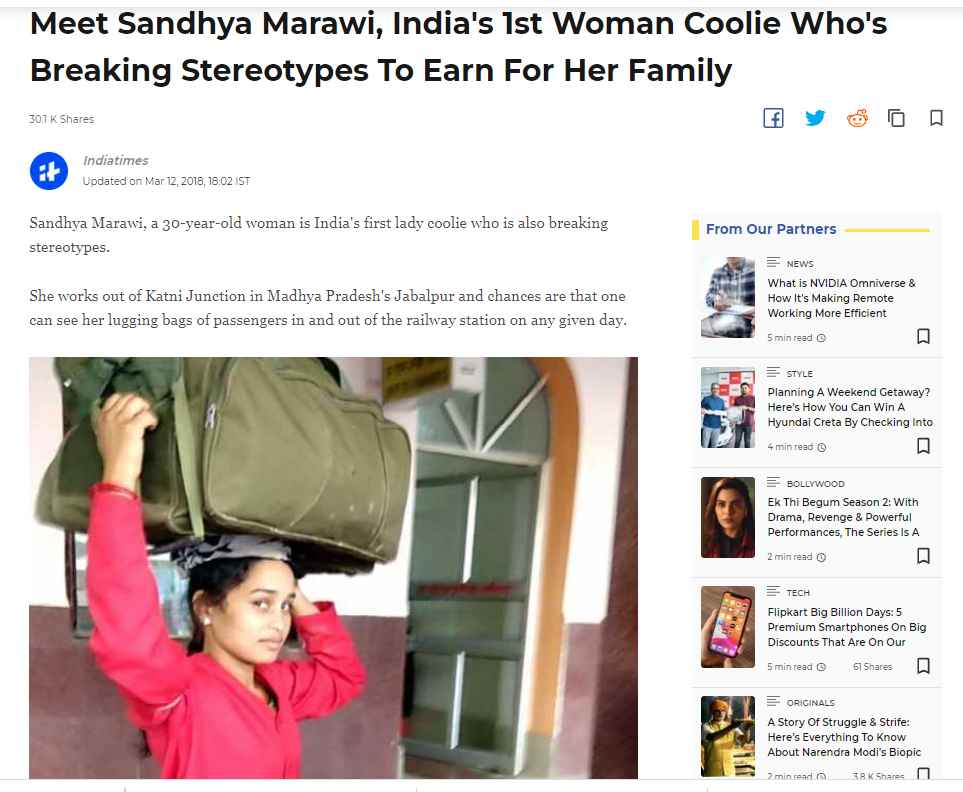 We further searched with a keyword, first woman coolie, and found a report by Economic Times on May 28, 2018. According to the report, the first woman coolie of India is Manju who works at Jaipur Railway Station in Rajasthan. 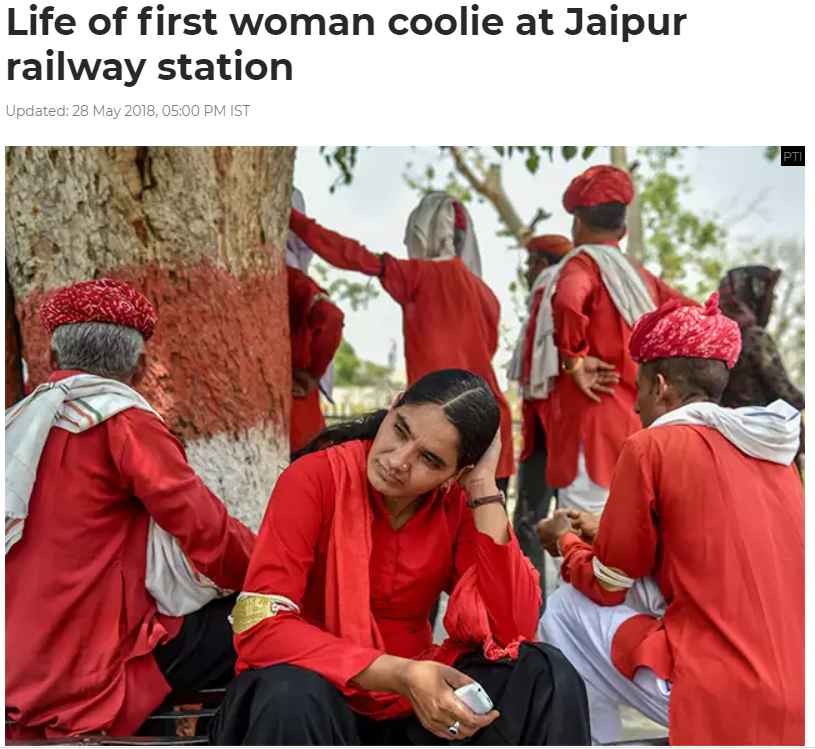 We further searched and found that NDTV had reported about Manju on March 23, 2013, long before Sandhya started working. 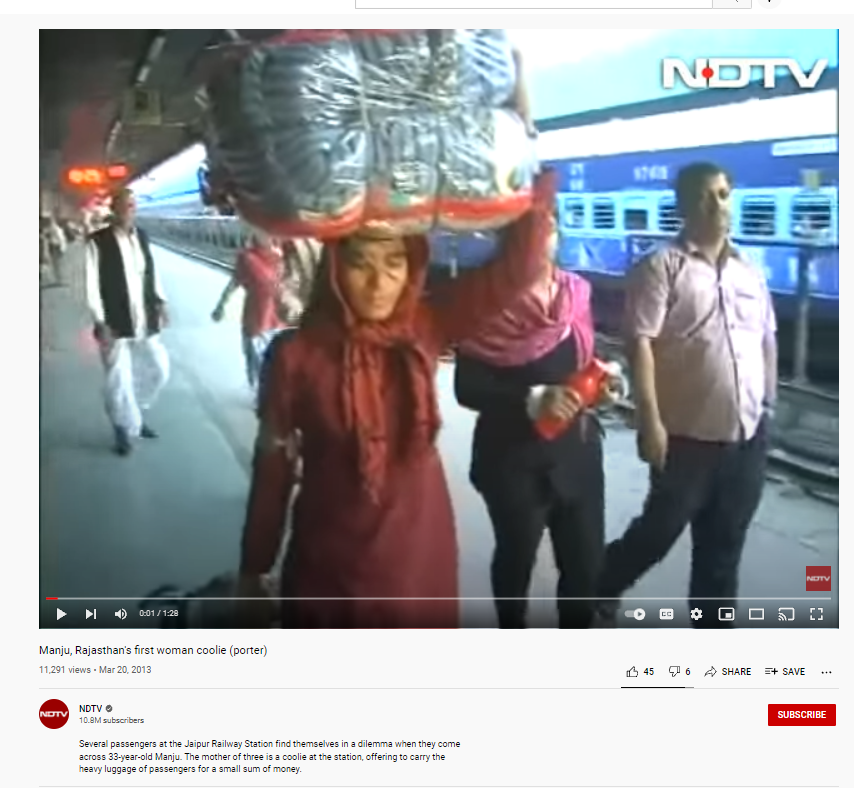 India Todayhad also called Manju Devi during its IT Women Summit in 2018 and introduced her as India’s first woman porter.

Thus, we can ascertain that the viral claim of Sandhya being the first woman porter in India is false and misleading.