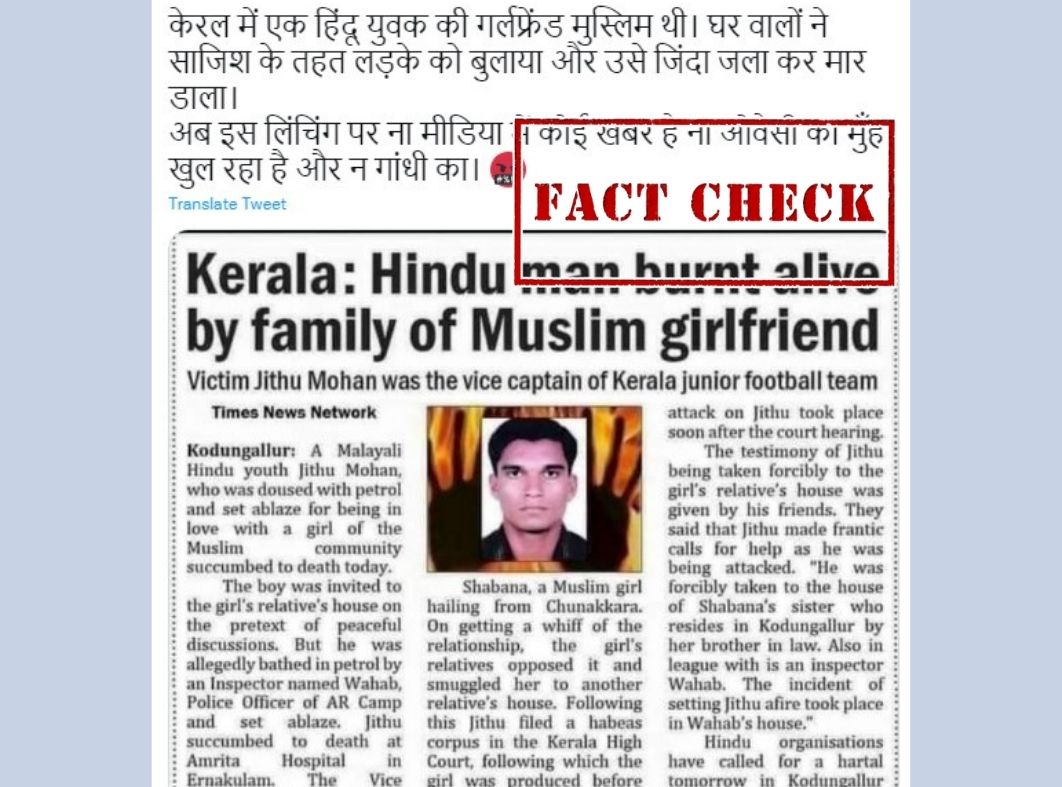 A clipping of an English newspaper is going viral on social media with a communal claim that a man in Kerala was charred to death by family members of his girlfriend, who belonged to a different community.

A Facebook user shared the clipping with a caption in Hindi that translates to, “In Kerala, a Hindu youth had a Muslim girlfriend. The family members called him under a conspiracy and burnt him alive. Now, neither the media is talking about it nor any leader is speaking on this lynching.” 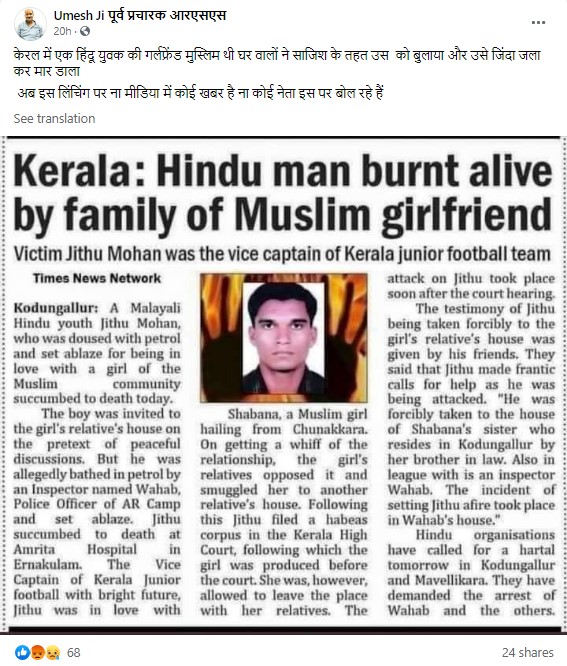 The clipping is also circulating on Twitter with a similar caption. 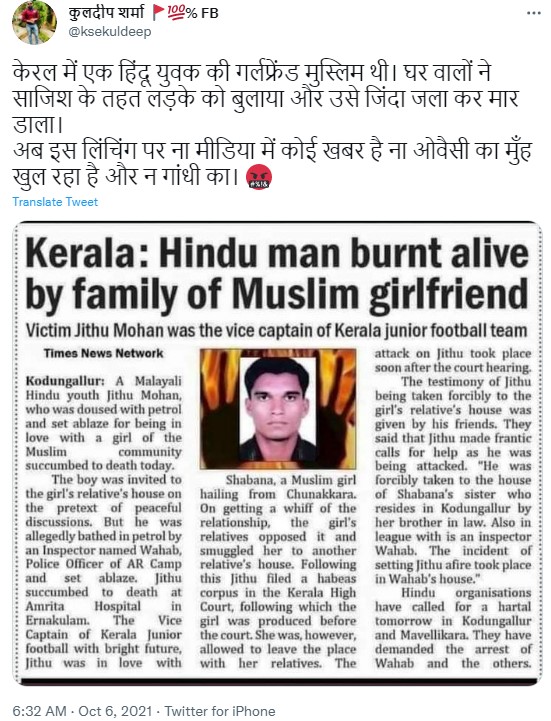 Post carrying the same clipping can be found here, here, and here.

NewsMobile fact-checked the viral post and found it to it to be misleading.

As per the newspaper clipping, the incident took place in Kodungallur and the victim – Jithu Mohan – was the vice captain of the Kerala junior football team. With the help of a relevant keyword search, we found a report published by News18 on October 3, 2012.

As per the report, 23-year-old Jithu Mohan allegedly tried to immolate himself at the house of his lover’s relatives at Methala in Kodungallur after being frustrated by their opposition to the love affair and was admitted to the General Hospital in Ernakulam. He succumbed to his injuries later. 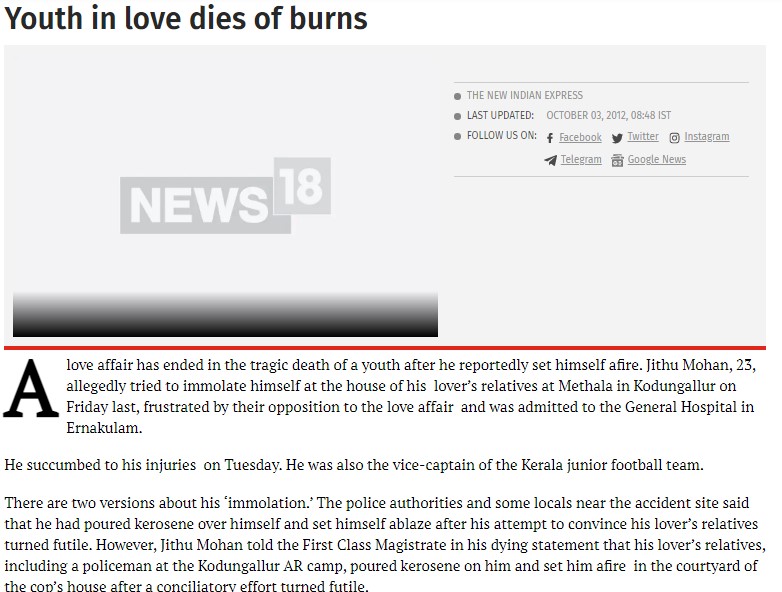 According to another report by the New Indian Express, a group, Hindu Aikya Vedi activists blocked the Kayamkulam-Punaloor road with the body of Jithu Mohan demanding an investigation into his suspicious death. Irinjalakuda DySP Biju Bhasker told Indian Express that according to Mohan’s dying statement, he was set ablaze by his lover’s relatives.

Therefore, we can conclude that an old incident from 2012 has been revived to fan communal tension on social media.