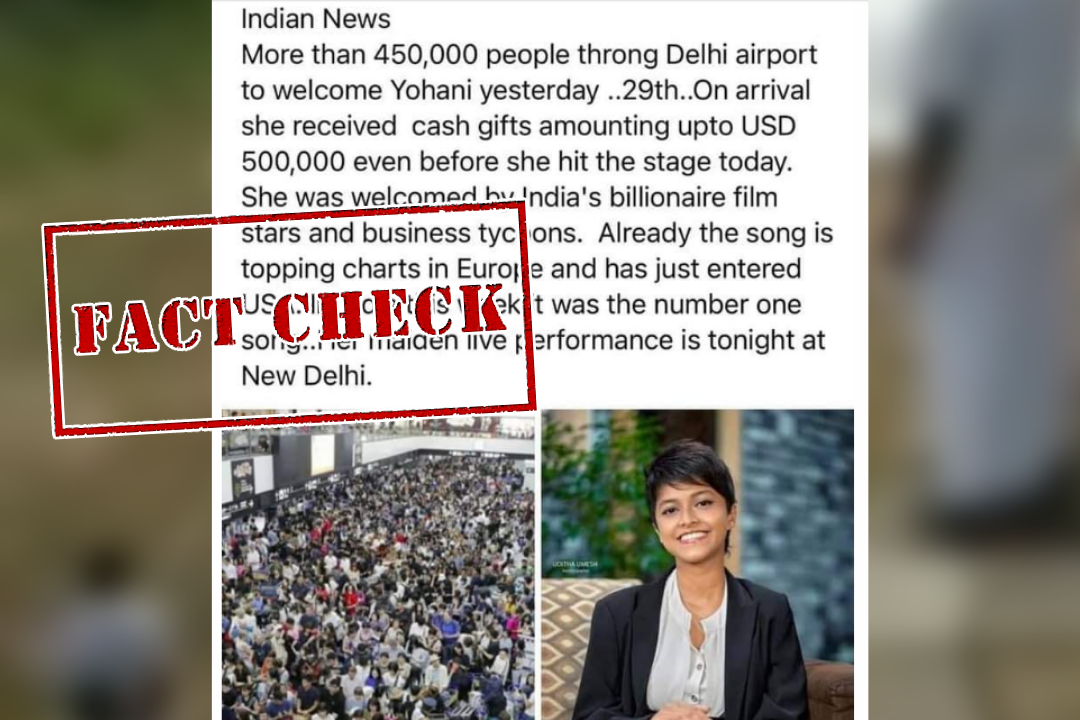 A photograph showing a huge crowd gathered at an airport is being shared extensively on social media with a claim that more than 4.5 lakh people gathered at the Delhi Airport to welcome Sri Lankan singer Yohani Diloka de Silva.

The text embedded in the image read, “Indian News More than 450,000 people throng Delhi airport to welcome Yohani yesterday, 29th. On arrival, she received cash gifts amounting to upto USD 500,000 even before she hit the stage today. She was welcomed by India’s billionaire film stars and business tycoons. Already the song is topping charts in Europe and has just entered the USA. In India this week it was the number one song. Her maiden live performance is tonight in New Delhi.” 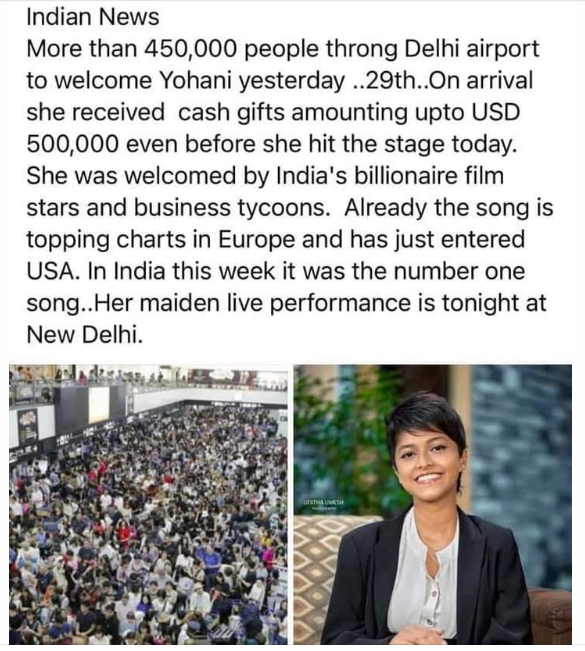 Doing a simple Reverse Image Search, we were directed to a news article published on September 9, 2019, which had carried the same image. The image caption read, “The arrival lobby at Narita International Airport overflows with travellers unable to find ground transportation after a powerful typhoon battered the Tokyo area on September 9.”

The article further states that, “Over 13,000 people spent the night at Narita International Airport waiting for the services to be restored after one of the strongest typhoons in recent years to batter Japan’s capital region.” 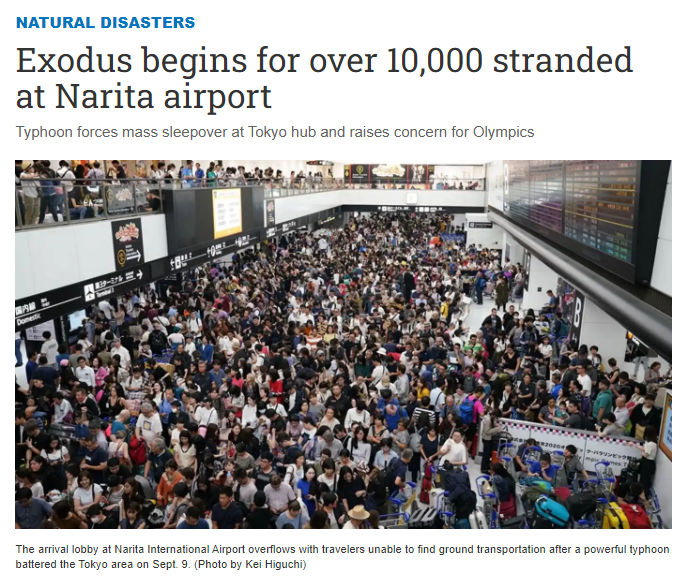 Searching further, we found the same image uploaded on another article dated September 10, 2019. According to the article, “Sleepless travellers left Narita airport, a day after Typhoon Faxai disrupted flights and train services and forced some 13,000 people to stay overnight at the major international airport near Tokyo.” 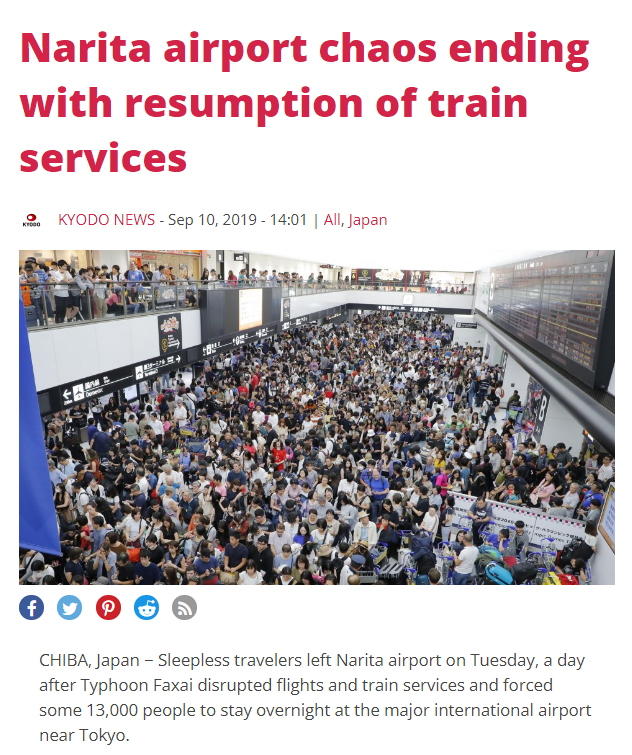 Below is the comparison between the original image and the viral image. 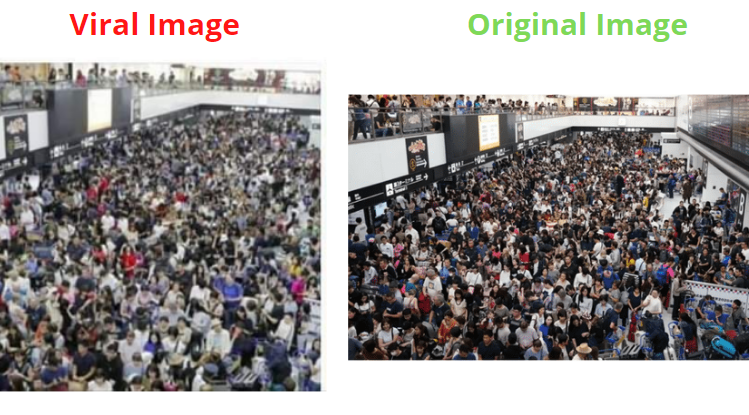 Thus, it is evident from the above information that an old image from Japan’s Narita International Airport is being falsely shared as fans welcoming Sri Lankan singer Yohani at Delhi Airport. Therefore, the viral claim is false.