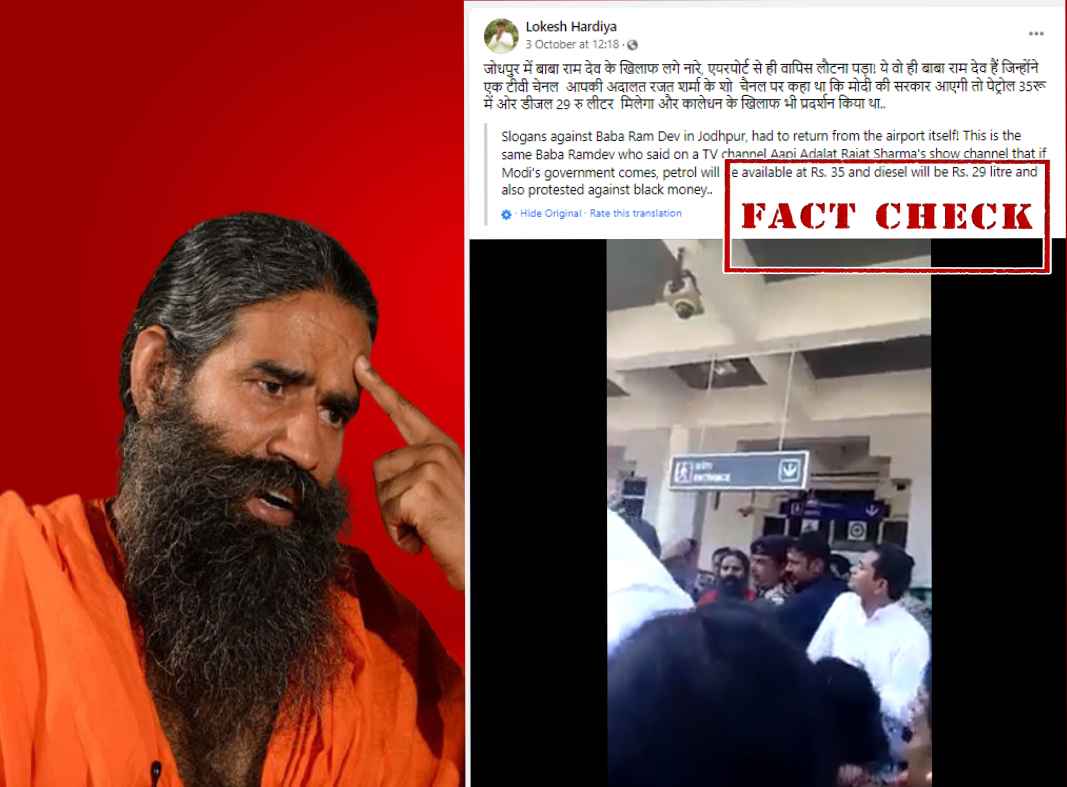 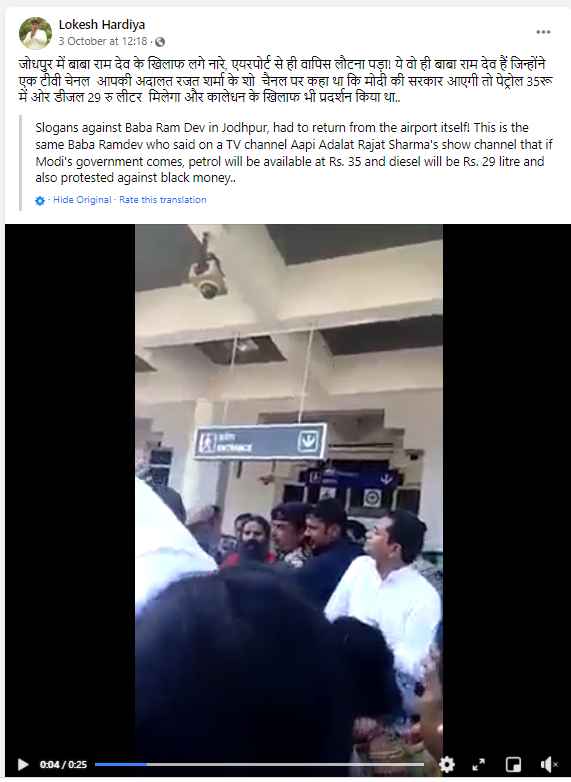 On breaking the video into multiple keyframes and doing a Google Reverse Image Search, we found the same video was uploaded by a YouTube channel, Bharat Adda India on October 1, 2017, with the title that read, “Baba Ramdev faced Protest in Jaipur, Demands Recovery of Black Money.” 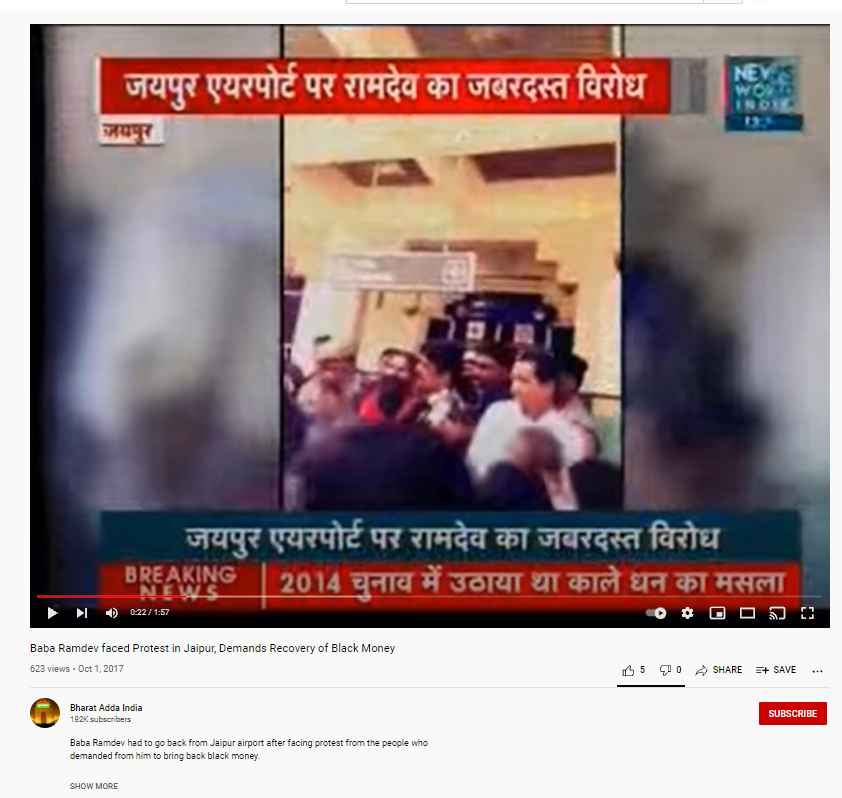 Taking a cue from the above video, we searched with keywords and found out that a Facebook page AAP Express had also shared a video of the protest against Baba Ramdev on September 28, 2017. The post also shared a link to JanSatta news. 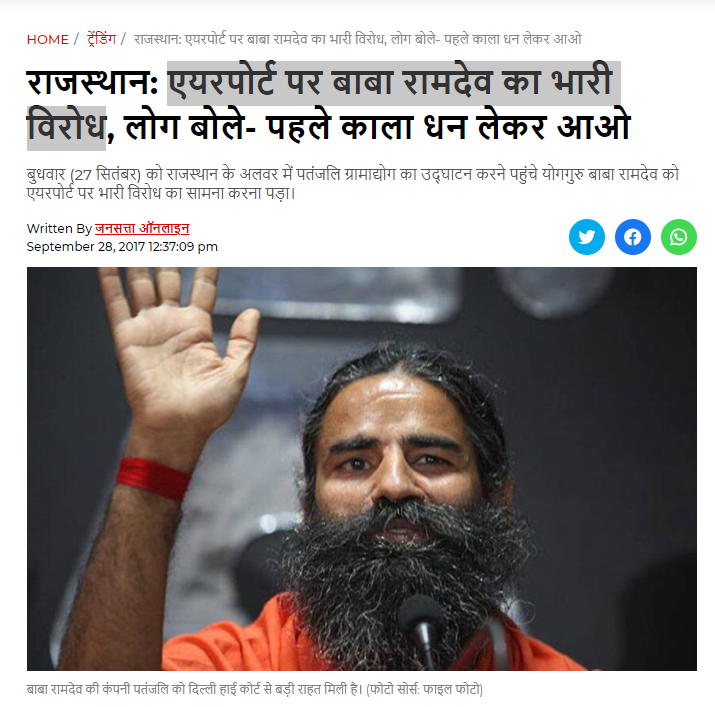 Navoday Times also reported about the incident in 2017.

Hence, we can conclude that an old video of people protesting against Baba Ramdev at Jaipur airport has gone viral with a misleading claim that it shows a recent protest against him at Jodhpur airport.