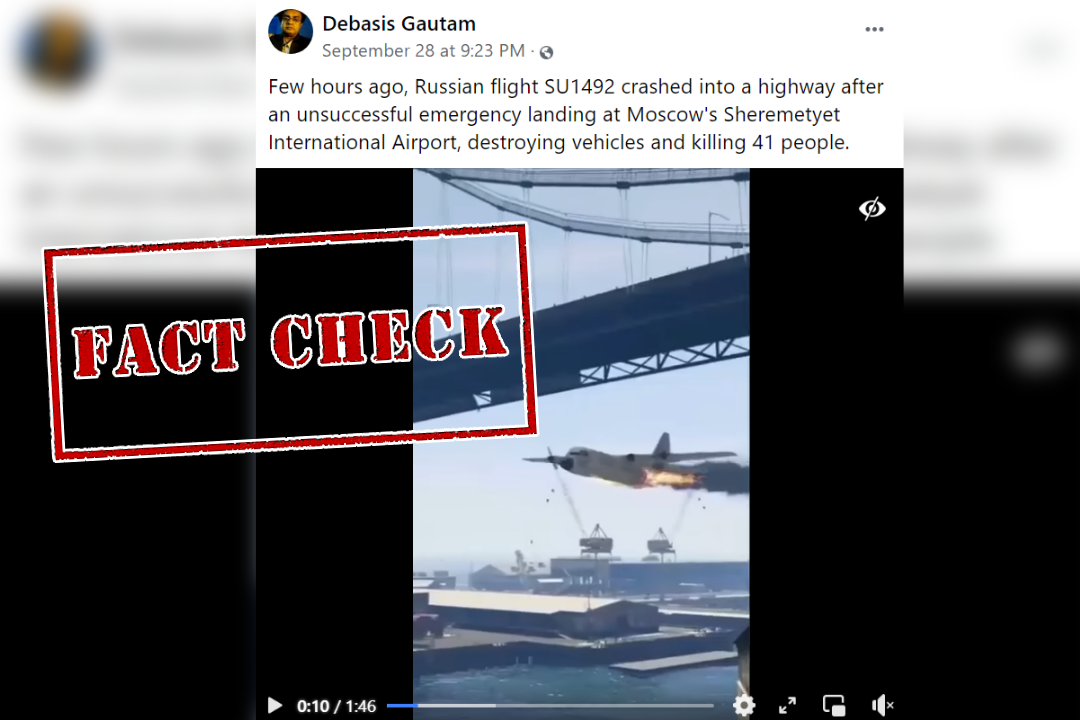 A video in which an aeroplane can be seen crash landing on a highway has gone viral on social media with a claim that Russian flight SU1492 crash landed after an unsuccessful emergency landing attempt at Moscow’s international airport killing 41 people.

The video is being shared on Facebook with a caption that reads, “A few hours ago, Russian airline Aeroflot’s flight SU 1492 crashed into a highway after an unsuccessful emergency landing at Moscow’s Sheremetyet International Airport, destroying vehicles and killing 41 people.” 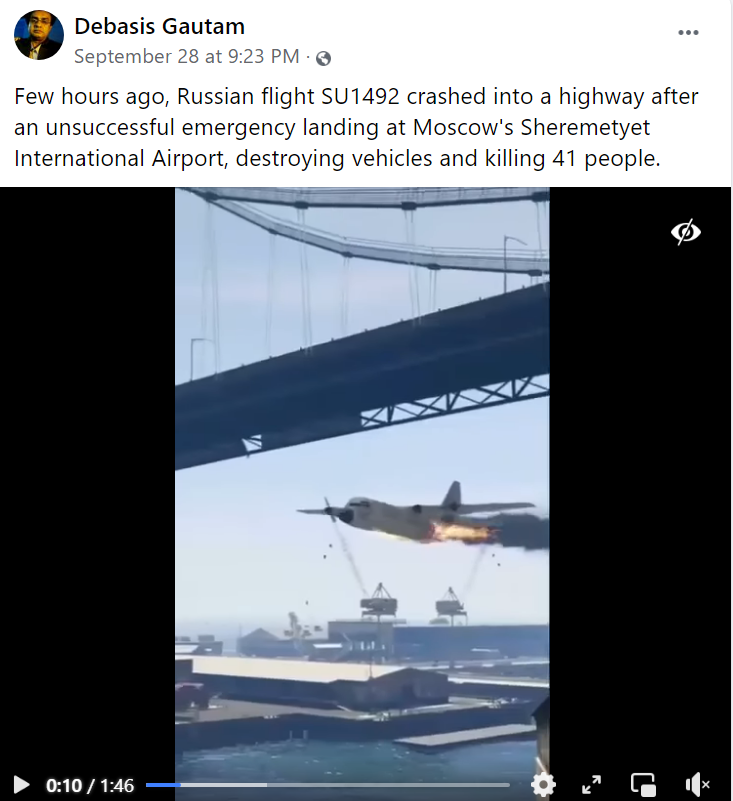 Starting with our investigation, we did a keyword search and found a news article published in 2019 which reported the incident. But we could not find any recent media report corroborating the viral claim.

According to the article published in 2019, at least 41 people, including two children, onboard Aeroflot flight SU 1492 were killed after it burst into flames while making an emergency landing at a Moscow airport.

The Russian Authorities had also released the footage of the same incident which however does not match with the viral video.

We then extracted keyframes from the video and ran them through Reverse Image Search. This directed us to a YouTube video uploaded on June 9, 2021, that carried the same viral video stating that it shows a simulation.

Searching further, we found that the visuals from the viral video match a game called GTA V. More videos from GTA V showing aeroplanes crash landing on highways can be seen here and here. In one of these YouTube videos, we could also spot the same bridge that can be seen in the viral video. 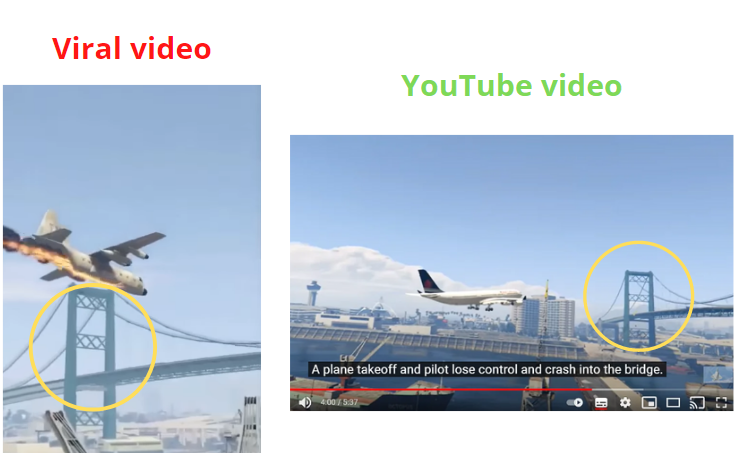 Thus, it is evident from the above information that visuals from a video game are being falsely shared as a Russian plane crash. Therefore, the viral claim is false.