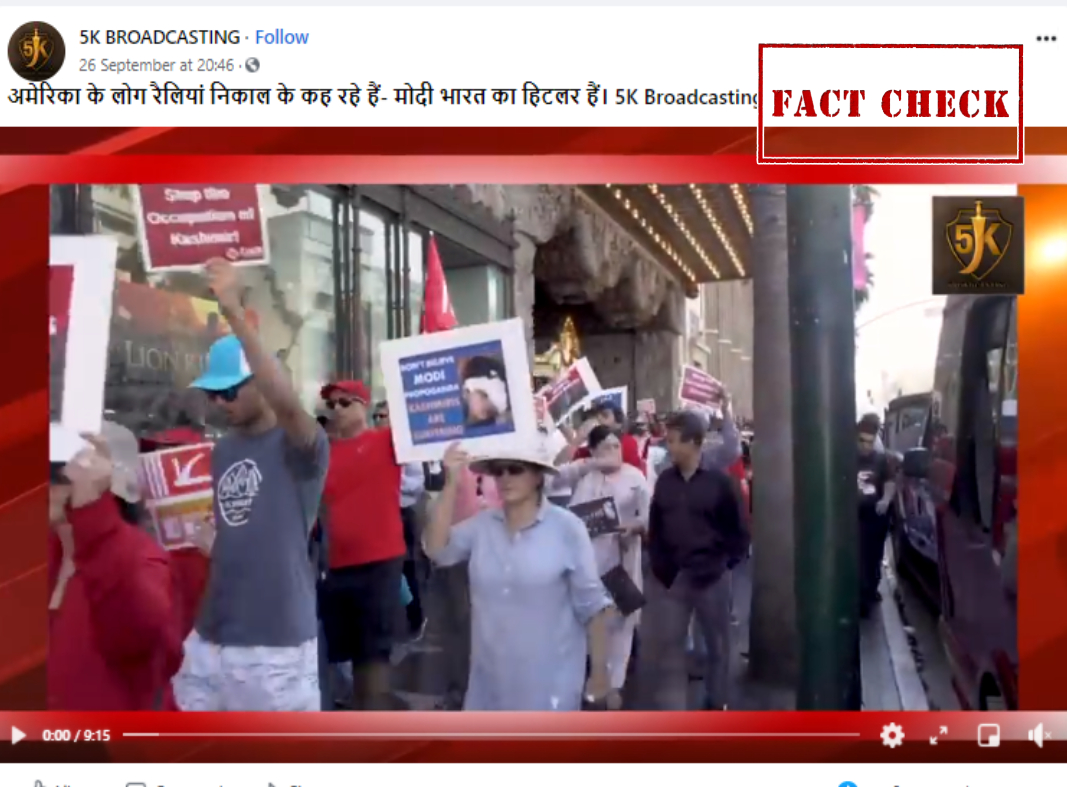 Prime Minister Narendra Modi was on a 3-day visit to the United States where he addressed the 76th Session of the United Nations General Assembly besides attending the first in-person Quad summit and holding bilateral and multilateral meetings with prominent world leaders including US President Biden, US Vice President Kamala Harris, Australian PM Scott Morrison and Japan PM Yoshihide Suga.

In this backdrop, a video has gone viral on social media in which people can be seen staging protests and raising slogans against PM Modi. The video is being shared with a caption that reads, “अमेरिका के लोग रैलियां निकाल के कह रहे हैं- मोदी भारत का हिटलर हैं।…”

(English translation: Citizens of America are taking out rallies and saying: Modi is Hitler of India.) 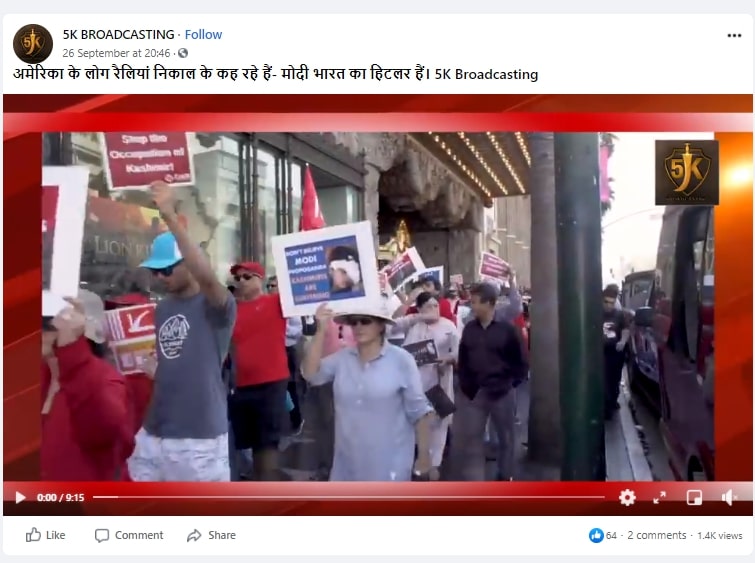 We closely observed the viral video and found that people were carrying banners protesting against the abrogation of Article 370. Taking a cue, we searched with the keyword, ‘Protest against Modi in US, abrogation of article 370’.

On doing so we found a video published on Facebook on September 3, 2019. In the video people can be heard saying ‘Free Kashmir’. In the video one can see Hard Rock Cafe in the background, which can also be seen in the viral video. 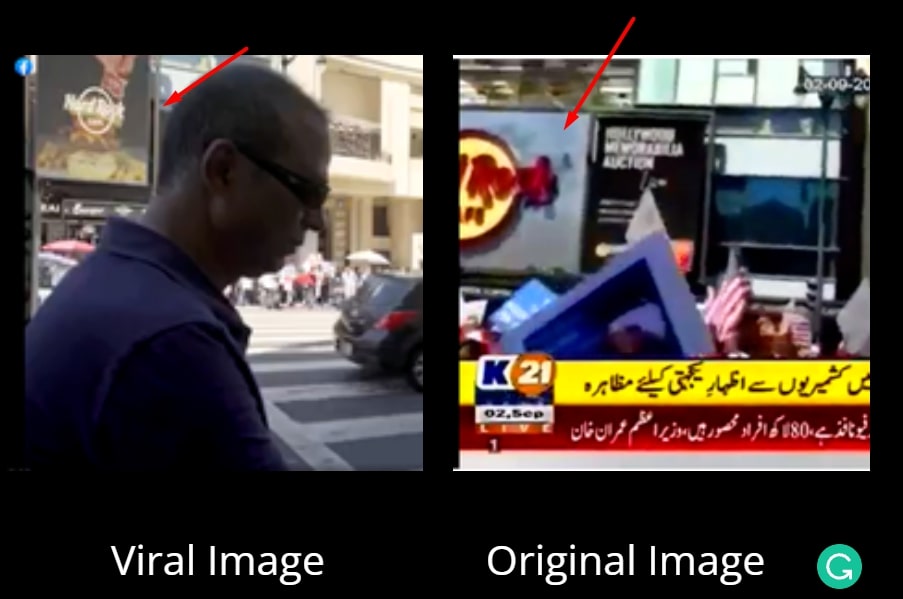 We also found another Facebook page where the same video was uploaded on September 1, 2019. In the video one can see Hard Rock Cafe and Zara in the background which is also visible in the viral video. Most people in the video is seen wearing red coloured shirt. The video was shared with a post that read, “Kashmir protest rally held in Hollywood, Los Angeles.” 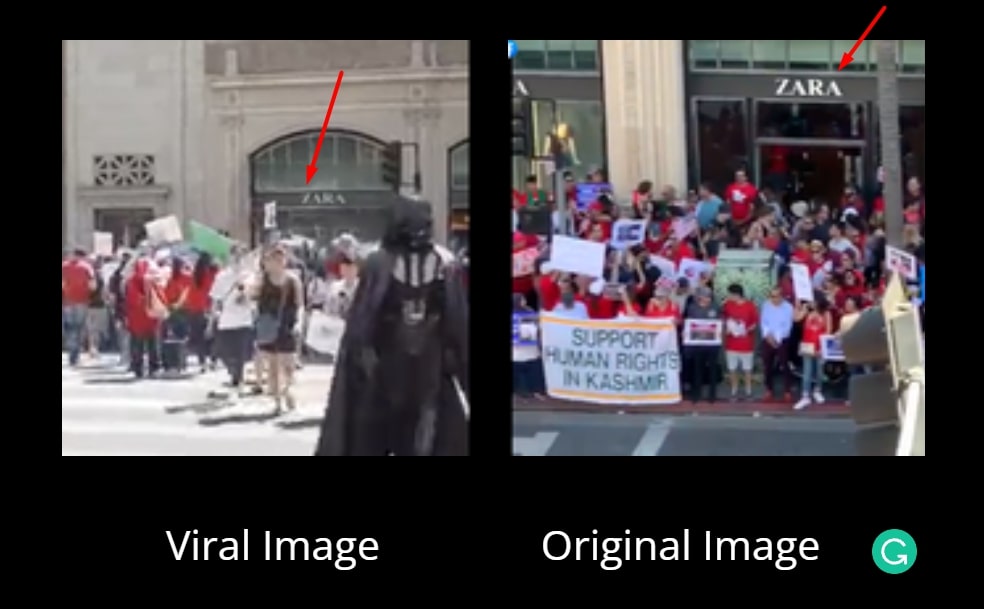 We searched with the keyword and found a report published by website, Kashmir Life on February 28, 2019, with a headline that read, “Kashmiri Diaspora protest in Los Angeles”. The report suggested that Kashmiri Diaspora and other communities living in Los Angeles protested against alleged atrocities on Kashmiris and minorities in India. The protest was organised on Santa Monica Boulevard in Los Angeles. 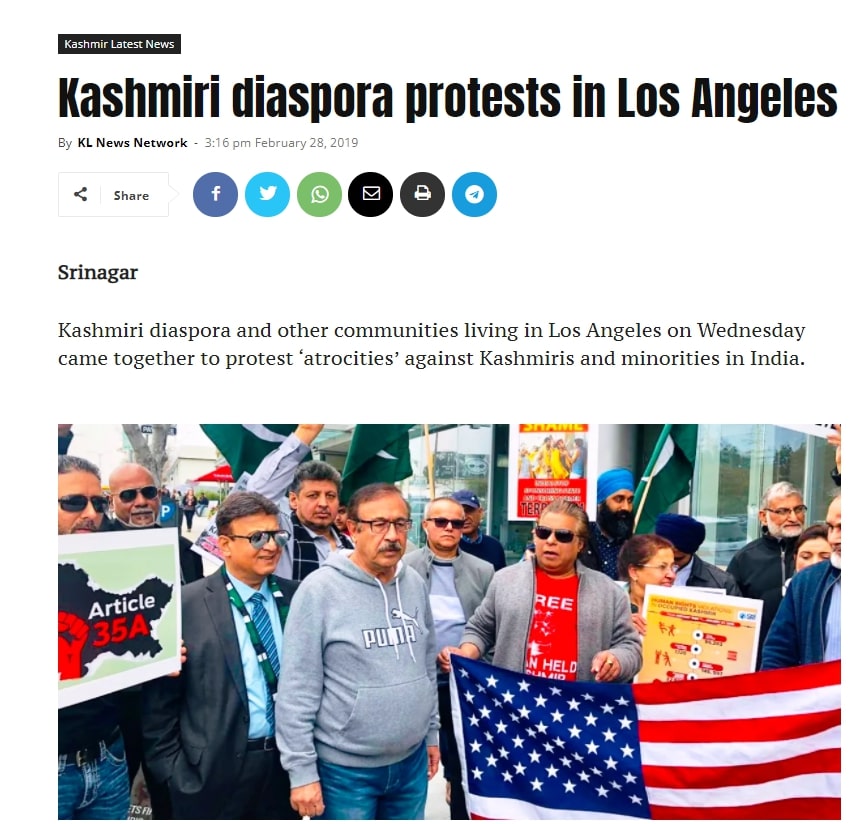 The image of the protest was also uploaded by Alamy in which the Zara showroom can be seen in the background. The image was shared with the caption, “Demonstration in Los Angeles: protest against actions by Indian Prime Minister Narendra Modi, and in support of human rights in Kashmir.” 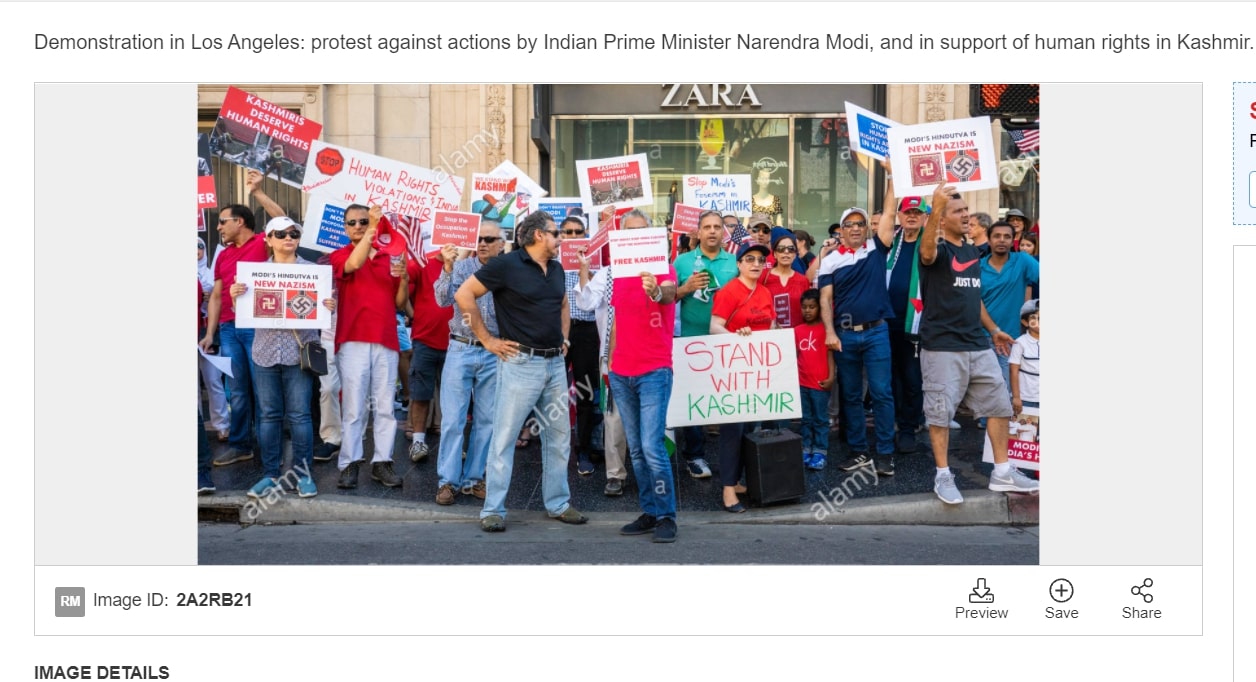 Hence, we can ascertain that an old video of protest has gone viral with a false claim that it is of a recent protest against him during in the US which happened during his recent visit.