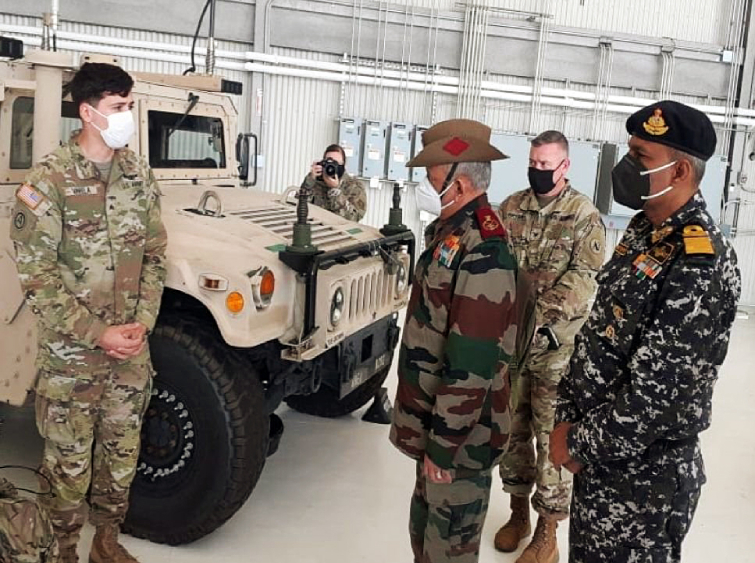 Chief of Defence Staff General Bipin Rawat on Thursday (local time) met the US Chairman of the Joint Chiefs of Staff General Mark A Milley here and both discussed a range of issues, including ways to ensure regional security.

The top officials agreed to continued cooperation in training exercises and creating more opportunities to increase interoperability between the two militaries, Office of the US Chairman of the Joint Chiefs of Staff Public Affairs said in a statement. Milley had welcomed General Rawat during an Armed Forces full honour arrival ceremony on Joint Base Myer-Henderson Hall.

General Rawat laid a wreath at the Tomb of the Unknown Soldier as part of his official visit.
“Later both officials met at the Pentagon, where the two military leaders discussed a range of issues, including ways to ensure regional security and their respective roles as principal military advisors to civilian leadership,” the statement added.

Washington and New Delhi “share a strong military-to-military relationship under the US-India Major Defence Partnership, which supports a free and open Indo-Pacific”.

General Rawat is on a visit to the US. Earlier on Wednesday, he visited Joint Base Lewis-McChord in Washington and also discussed issues of bilateral defence cooperation with US Army’s Major General Xavier T Brunson, Commanding General, 1 Corps.