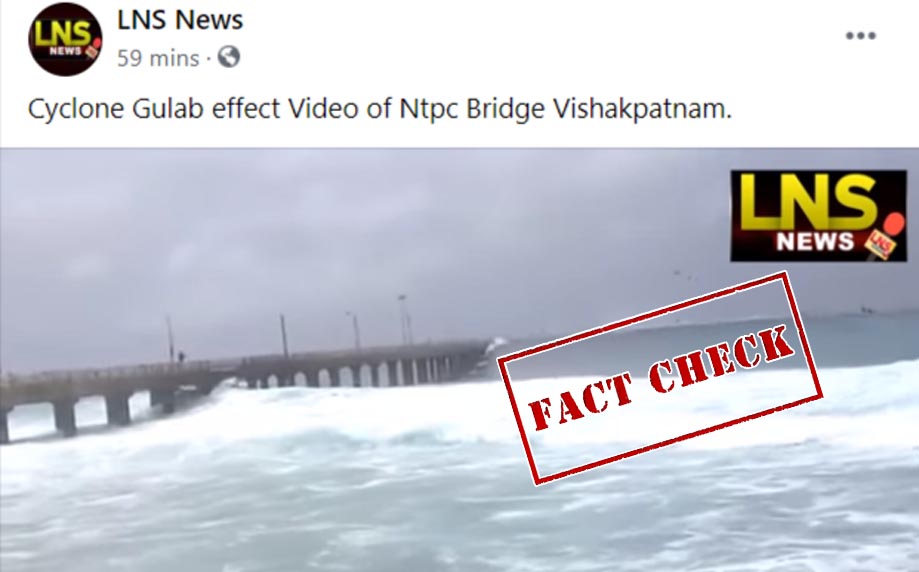 Cyclone Gulab, which made landfall on the eastern coast of India on the night of September 26, 2021, has weakened into a depression, as stated by the India Meteorological Department (IMD).

However, in the wake of this, a video showing visuals of strong waves lashing against a bridge started doing rounds on social media with a claim that it shows the impact of Cyclone Gulab at Ntpc Bridge Vishakapatnam. 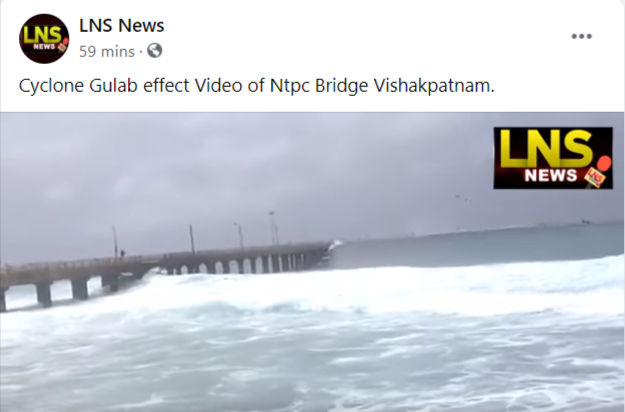 We extracted keyframes from the video and ran it through Reverse Image Search along with several keywords. We found a link to the same video on YouTube. The video was uploaded on November 16, 2018, with the title ‘#Gaja cyclone – Rameswaram Pamban Bridge by 7 am today (16-11-18)‘.

Cyclone Gaja made landfall over the Tamil Nadu coast on November 16, 2018. It left behind a huge trail of destruction in the districts of Nagapattinam, Cuddalore, Thanjavur, and Karaikal in the Union Territory of Puducherry. According to official records, around 250,000 people were displaced from their homes along the Tamil Nadu and Puducherry coastline.

The same video was uploaded by another YouTube channel on December 9, 2017, with a claim that the video is from Sri Lanka.

The same video was passed off as waves affecting the Bandra Worli sea link in Mumbai as well in 2017.

In May 2021, the same video was debunked by NewsMobile when it was being shared with the claim that it shows the visuals of Cyclone Tauktae.

Fact Check: Old Video Of Strong Waves Lashing Against Bridge Shared As That Of Cyclone Tauktae

NewsMobile could not independently verify the origin and the location of the video. However, the details highlighted above show that the video has been on the internet at least since 2017 and is NOT of Cyclone Gulab.