A small 11-second clip of farmer leader Rakesh Tikait is being shared on social media. In this video, Tikait can be heard saying, “The next target is media houses. If you want to survive, then support us, else you will suffer.”

(English Translation: Rakesh Tikait’s open threat to the media, support us or else the next target will be the media, the journalists who show this news every day are now also on target.) 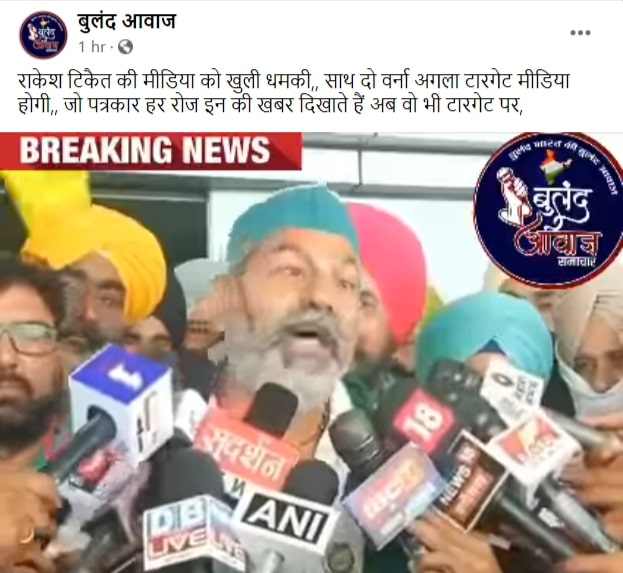 NewsMobile fact-checked the post and found the posts to be misleading.

According to a video news report uploaded by Hindustan Times on September 28, 2021, ‘Farmer leader Rakesh Tikait said the government’s next target could be media houses and called on their stakeholders to join the month-long agitation against three central agri laws to save themselves.’

ANINews also carried the same story with the headline, “Tikait cautioned media houses will be ‘next target’ of Centre.”

According to the report, Tikait made the statement while addressing a press conference in Chhattisgarh’s Gariaband district on September 28. However, upon hearing the whole video, we realised that it is being shared out of context. 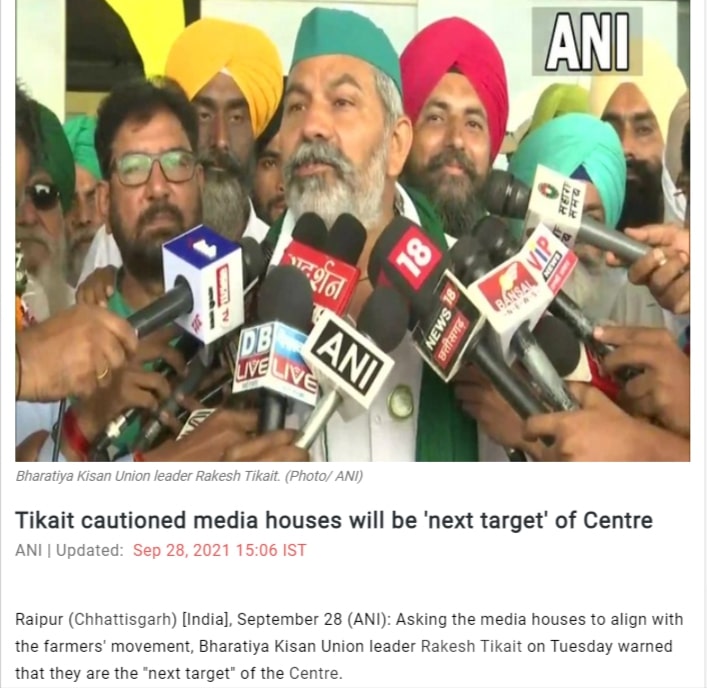 “A government is a government, it doesn’t matter which party. We will do something about them (Chhattisgarh Govt) too. Main is the Central Govt in Delhi who sold half the country by passing this law. Let’s pay attention to that also. 182 farmer mandis were sold in Madhya Pradesh. Even Chhattisgarh won’t remain untouched. Now, Everyone should join us. The next target will be media houses, if you want to be saved then join us, else you will also suffer,” he said.

Hence, from the above information, it is clear that a small clip of a longer statement given by farmer leader Rakesh Tikait has been taken out of context and is being shared with misleading context.