Senior leader Navjot Singh Sidhu on Tuesday resigned as the chief of the Punjab Unit of the Congress.

This comes just before former Punjab Chief Minister Amarinder Singh’s visit to the national capital, who was visiting Delhi after he resigned on September 18. 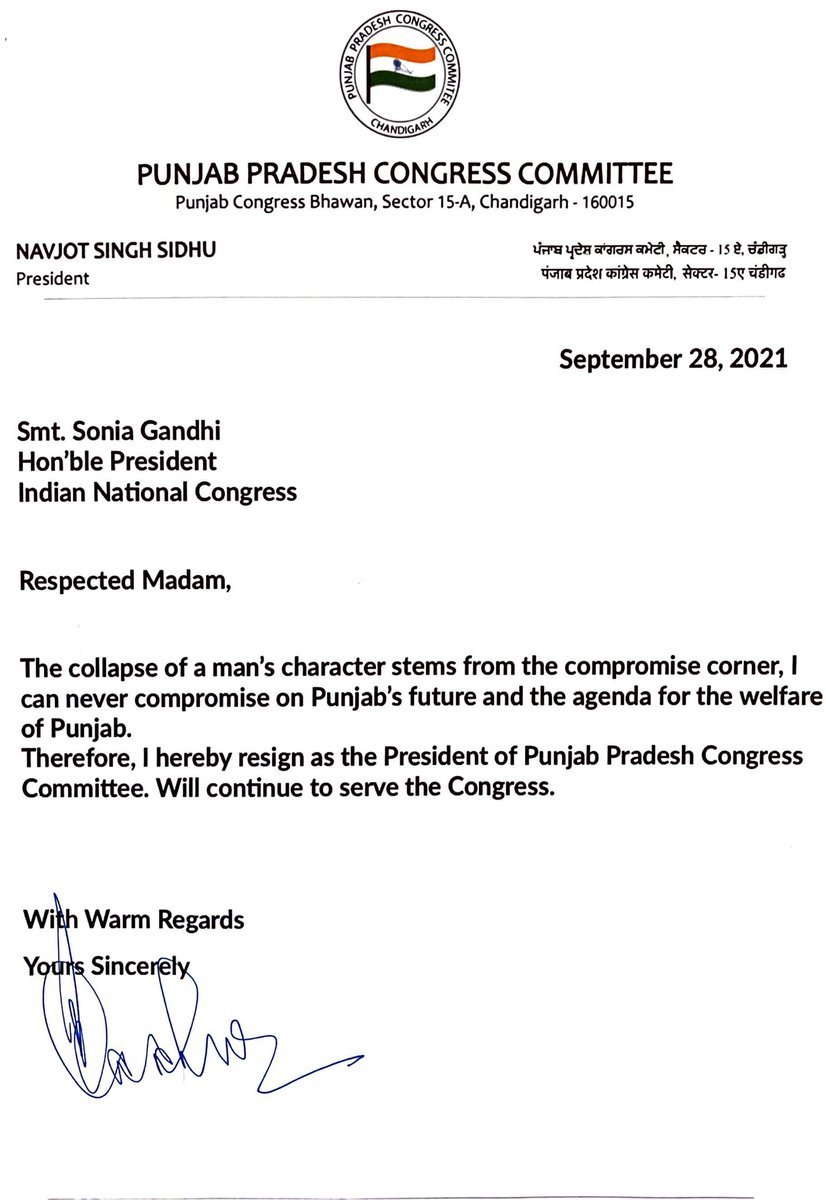 He has submitted his resignation to the Congress interim president Sonia Gandhi.

The tussle in Punjab Congress escalated in August, the party’s central leadership has sought to bury the hatchet by appointing Navjot Singh Sidhu as the Congress chief apparently against the desire of the Chief Minister.

‘Told you so…he is not a stable man’: Capt Amarinder Singh takes indirect jibe at Sindhu after latter’s resignation as Punjab Cong chief

I told you so…he is not a stable man and not fit for the border state of punjab.