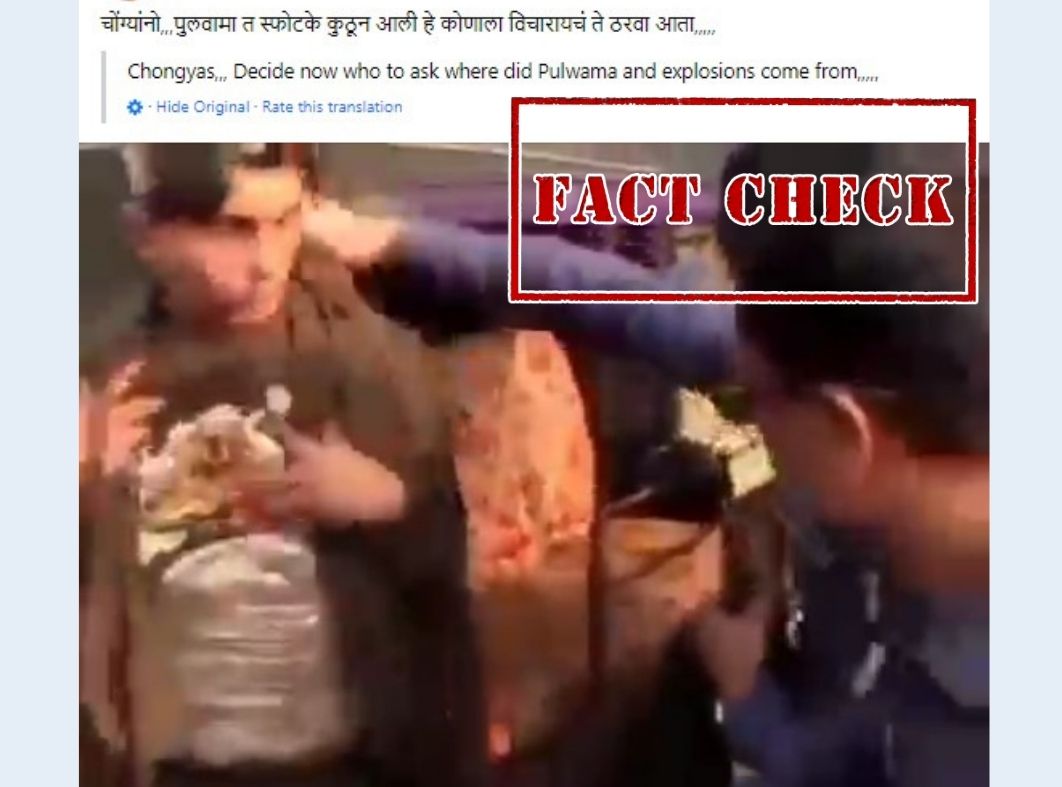 A video has surfaced on social media platforms showing a man disguised as a woman, wearing a burqa with something tied on his waist. The video is being shared in connection with the 2019 Pulwama terrorist attack where more than 40 CRPF soldiers lost their lives.

A Facebook user shared the video with a caption in Marathi that roughly translates to, “This video is a reply to everyone who questioned how explosives were smuggled into Pulwama.” 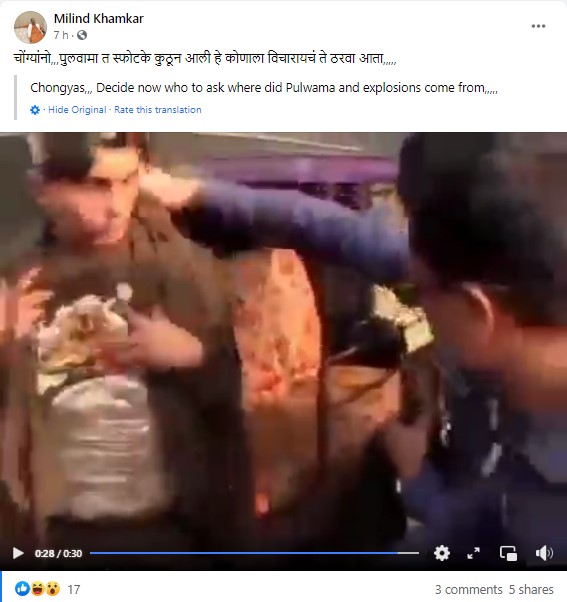 In the video, one can clearly see the police personnel wearing blue uniforms, similar to what is worn by the Bangladesh police department.

Taking a cue from this and performing a Reverse Image Search along with keywords, we found a news report by Smile TV Bangla published on YouTube on March 11, 2021. The news report carried the same visuals in better picture quality.

The title with the video roughly translates to, “Man disguised as pregnant woman arrested during drug trafficking, send into custody.” 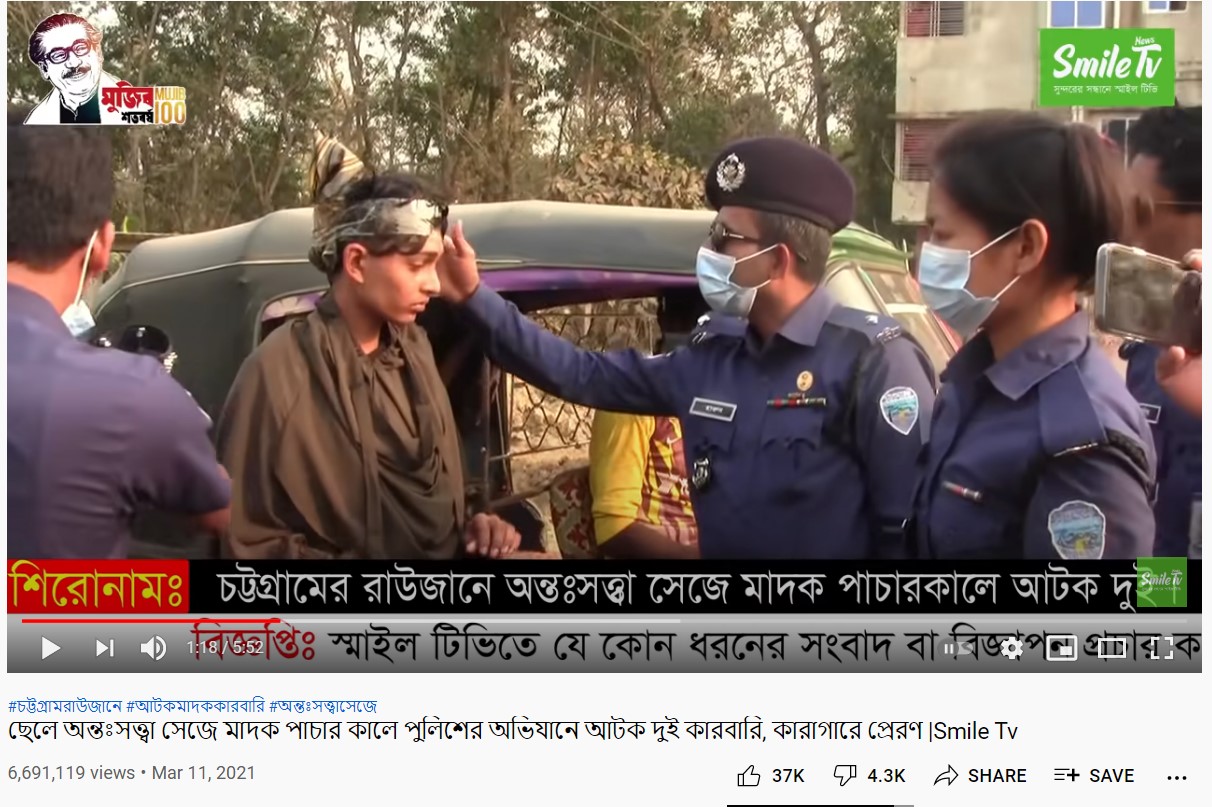 On checking further, we found a news article by a Bangladeshi news outlet Cplustv Bangla carrying the picture of the same man.  As per the report, the man was disguised as a pregnant woman in a burqa to avoid detection while smuggling alcohol. Notedly, according to Bangladesh’s law, consumption of alcohol is not allowed for all and one needs a license to drink.

The report further adds that the incident took place on March 9, 2021, and the man was arrested with another woman from the Chittagong-Raozan area in Bangladesh. 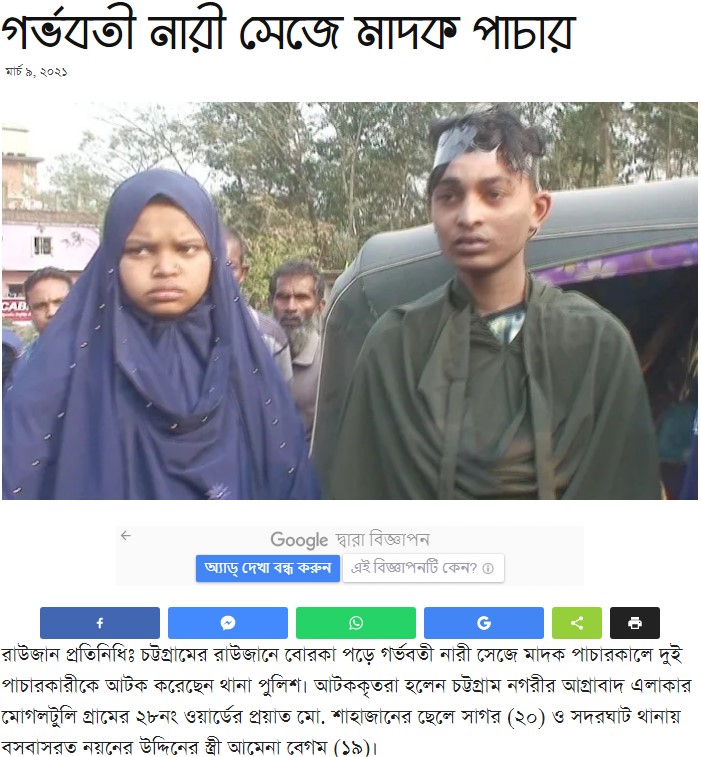 Therefore, an unrelated event from Bangladesh is being shared with a misleading claim.