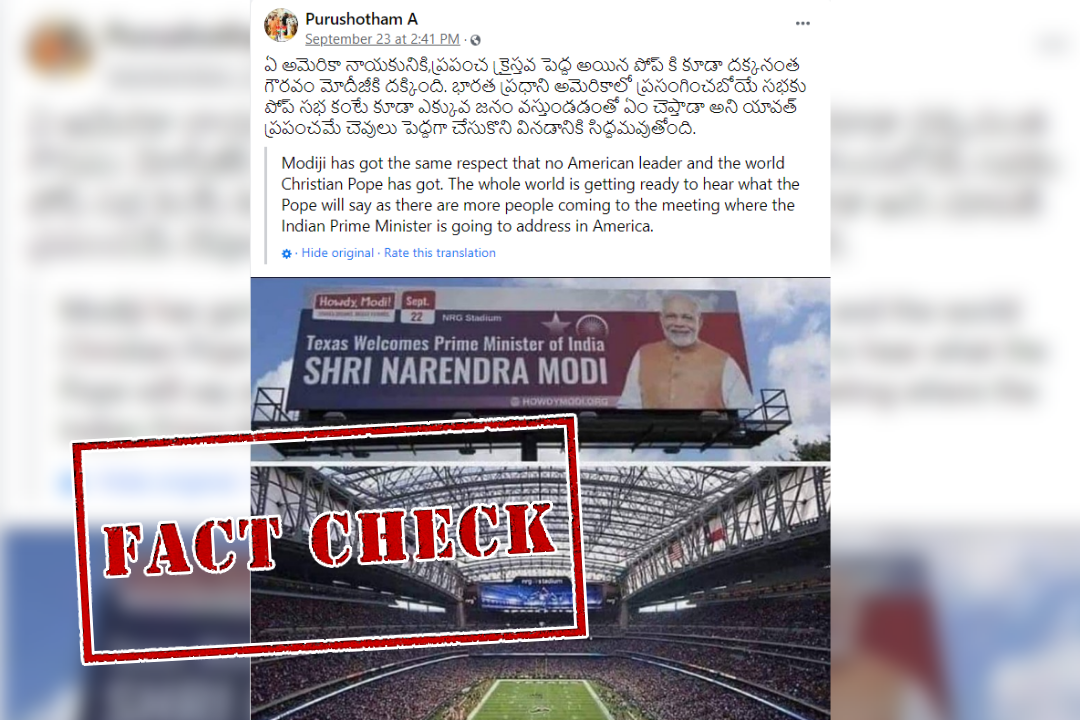 Prime Minister Narendra Modi recently visited the USA to address the United Nations General Assembly and Quad countries. Against this backdrop, an image is being shared on social media claiming that it shows PM Modi’s grand welcome during his visit to the USA.

The image is shared on Facebook with a caption in the Telugu languages that translates to, “Modiji has got the same respect that not even American leaders and the world Christian Pope has got. The whole world is getting ready to listen to what the Indian Prime Minister has to say as more people are coming to the house to see the address than the Pope.” 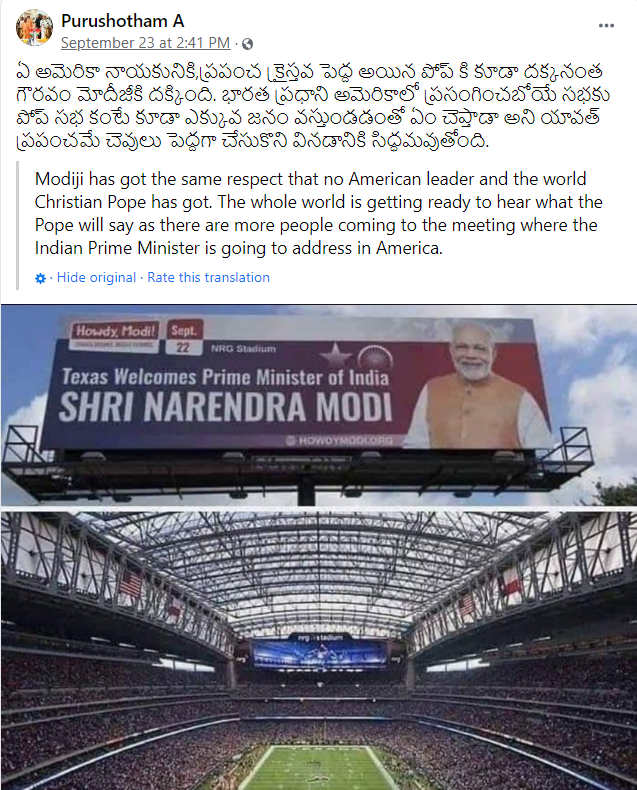 Heres’ the link to the above post. Check similar posts here and here. 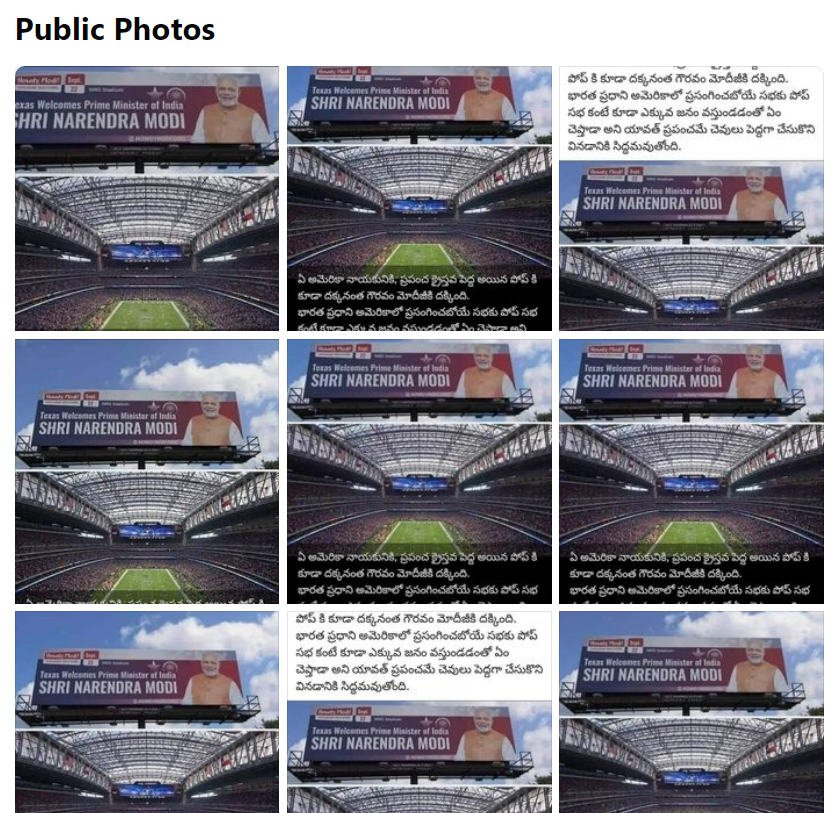 NewsMobile fact-checked the above post and found it to be FALSE.

It is evident while looking closely at the image that it is made up of two images. Let’s fact-check both the images separately.

The hoarding is related to the ‘Howdy Modi’ event held in 2019 in the USA. PM Modi travelled to the USA in 2019 to attend “Howdy Modi”, the Indian community event which was held at the NRG Stadium in Houston, Texas on September 22.

Taking a cue from this, we did a Reserve Image Search and found the same image published in many news articles in 2019. The caption of the image published in an HT article dated September 13, 2019,  reads, “A billboard seen in Houston, USA, announcing the upcoming ‘Howdy Modi’ event on 22 Sep.” Check similar news articles that carried the same viral image here and here. 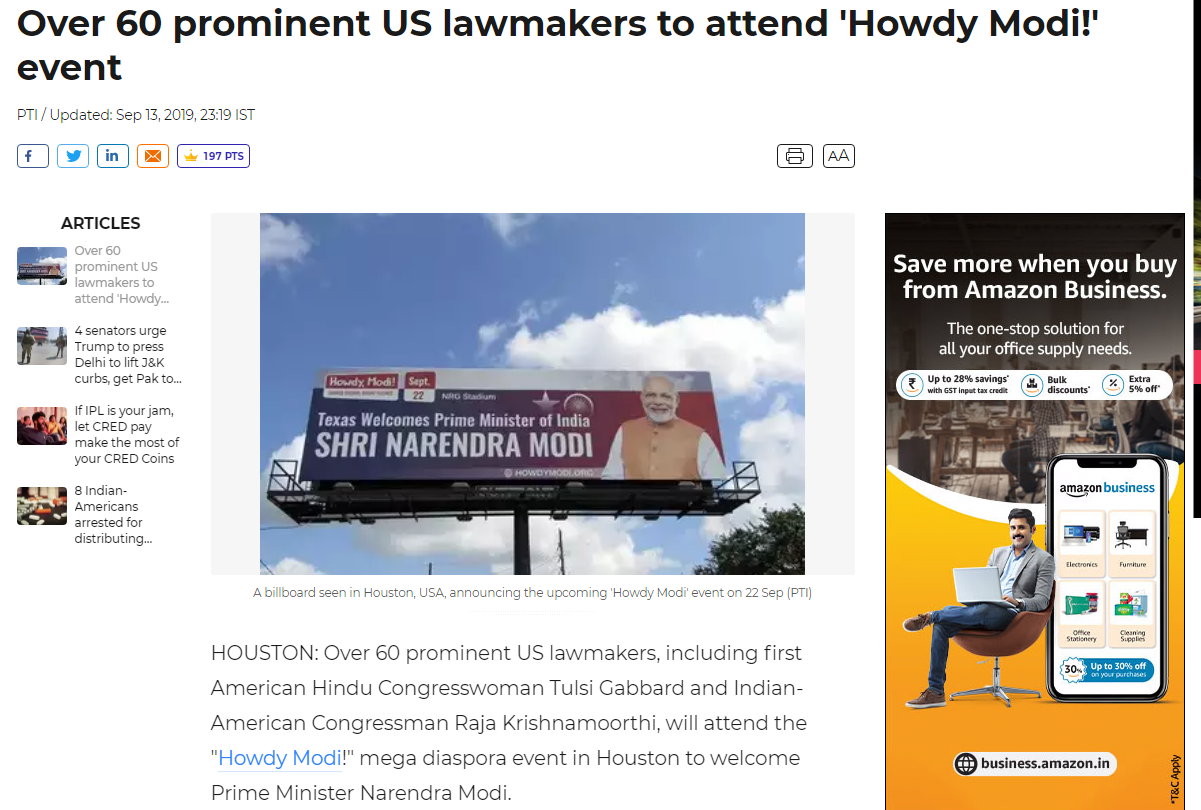 This proves that the image is old.

Doing a Reverse Image Search, we found a similar image published in the 2017 Super Bowl League news report. A similar image was also uploaded in another article that talked about a football match.

Further, we also checked the transcript issued by the Ministry of External Affairs regarding the Prime Minister’s recent visit to the USA. According to the transcript, PM Modi will not attend any such event during his visit.

Thus, it becomes evident that two different images have been superimposed to falsely show PM Modi’s grand welcome during his recent visit to the USA.