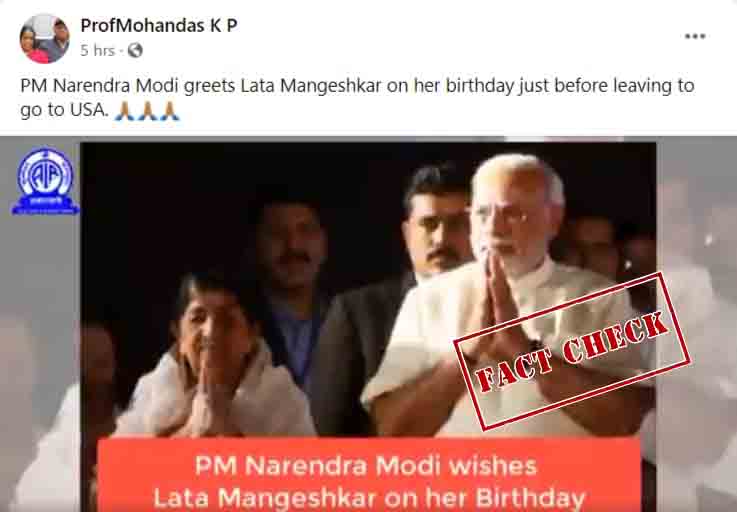 Prime Minister Narendra Modi left for the United States on September 22, 2021, where, he met US president Joe Biden and Vice President Kamala Harris. During the tour, he also met other heads of state at the first in-person Quad summit.

Amid this, an audio clip of a conversation between PM Modi and legendary singer Lata Mangeshkar is doing rounds on social media. The clip is being shared on Facebook with a claim that PM Modi wished her on her birthday before leaving for the USA recently.

“PM Narendra Modi greets Lata Mangeshkar on her birthday just before leaving to go to USA,” the Facebook post read. 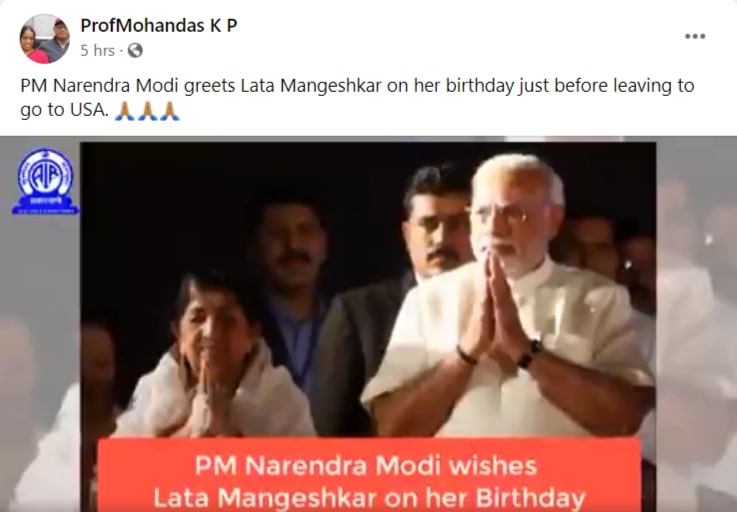 While looking for similar posts, we found that the same video was shared on Facebook in September 2019 as well.

Taking a cue from this, we ran a keyword search and found a video report by The Economic Times dated September 29, 2019. “Mann Ki Baat: PM Modi wishes Lata Mangeshkar on her 90th birthday,” the video was titled.

You can hear the conversation between the two personalities at 1:53 time code of the video.

India TV also reported the same on September 29, 2019. The video was shared with the description, “PM Modi started Mann Ki Baat by speaking to legendary singer Lata Mangeshkar on the phone. He wished her in advance before he embarked on a seven-day US trip.”

We also found the clip of the same conversation on the official YouTube channel on Narendra Modi.

The same was also reported by news agency ANI on September 29, 2019. 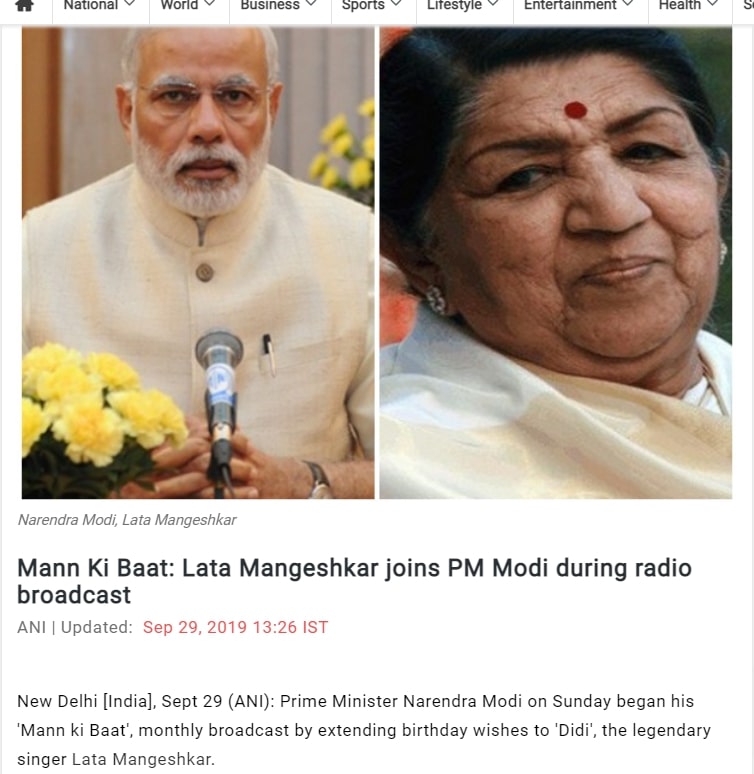 Lata Mangeshkar was born on September 28 and before leaving for the United States in 2019, PM Modi spoke to Mangeshkar over a phone call and shared the recording of the same on his Mann Ki Baat’ monthly broadcast.

Hence, from the above information, it is clear that the old audio clip is being passed on a recent one.