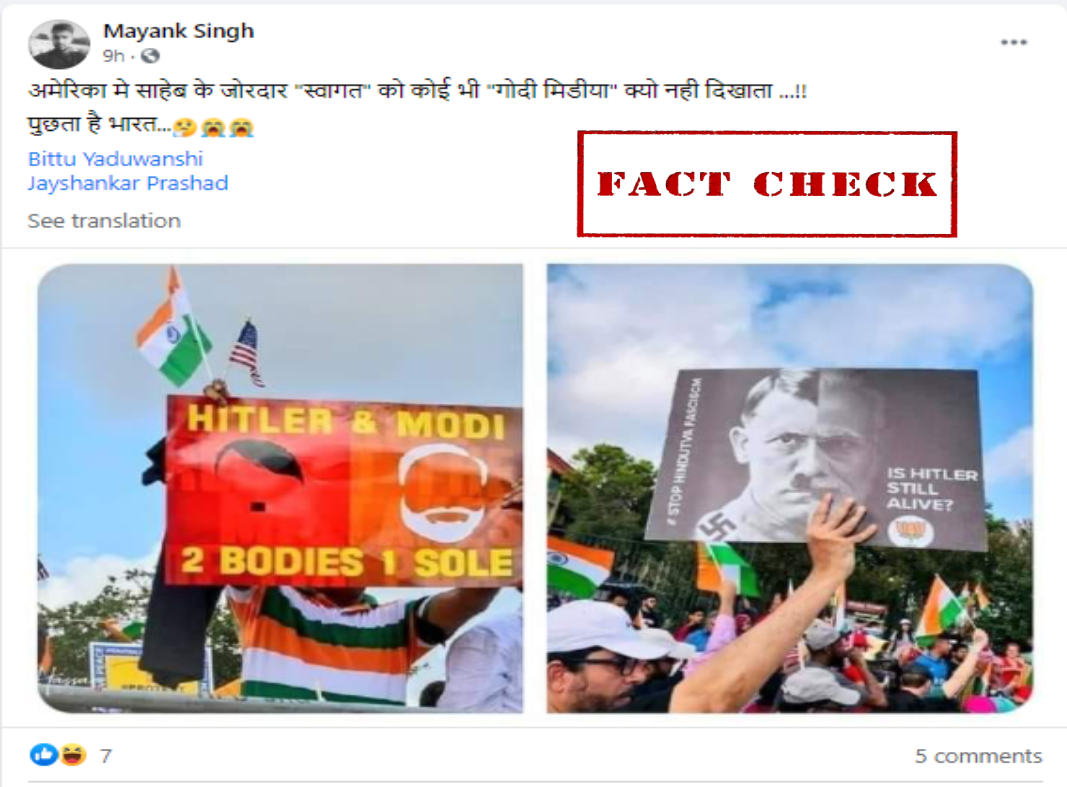 Prime Minister Narendra Modi is on a visit to the United States where he met US President Joe Biden and VP Kamala Harris. He attended the first in-person Quad summit and also addressed the 76th session of the United Nations General Assembly.

In this backdrop, a post with a collage of two images has gone viral on social media.  In both the images people are seen holding banners comparing Modi with Hitler. 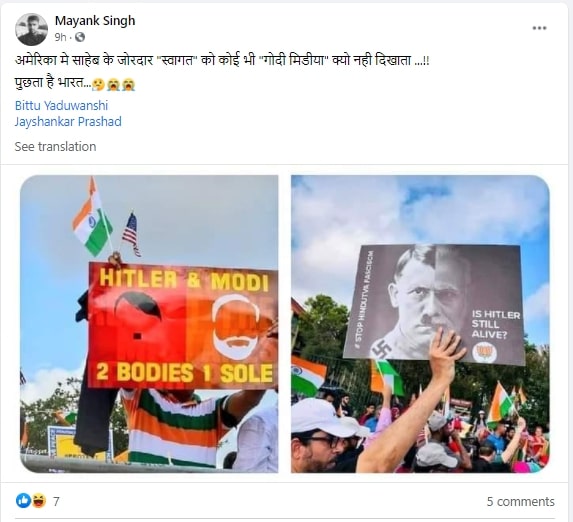 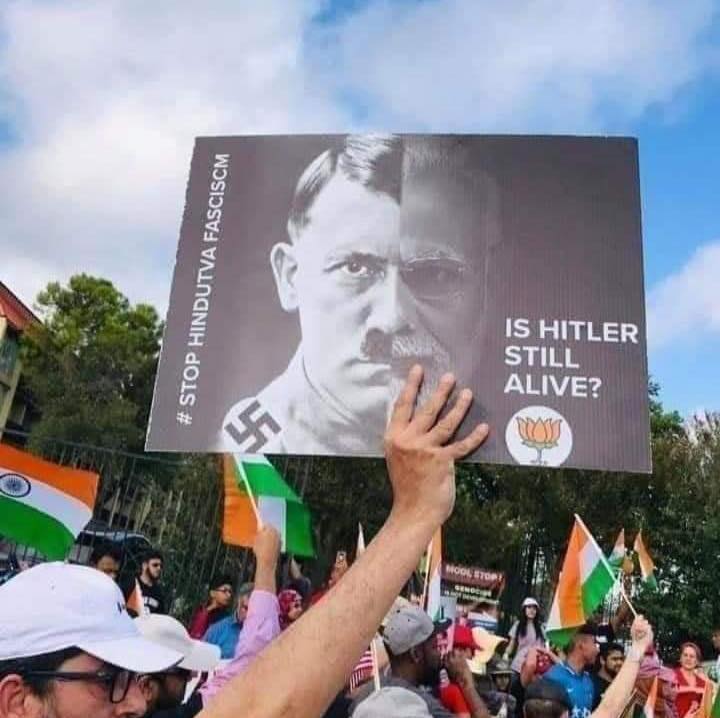 On doing a Google Reverse Image Search, we found that the same image was uploaded by a Twitter handle on September 23, 2019, with the caption, “From Houston, Protest against Modi #ModiInHouston.” 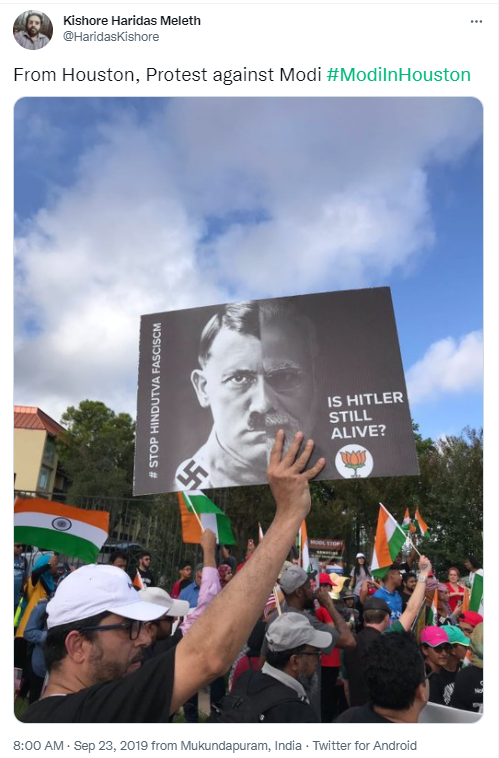 We also found that the same image was uploaded by One India on September 24, 2019. The headline of the above article read, “The other side of the ‘Howdy Modi’ which you might have missed.” The report further reads, “Though the Howdy Modi event was attended by an estimated 50,000 people. That was not all there was to the Howdy Modi event. Protestors gathered outside the venue with placards that read ‘free Kashmir’. ” 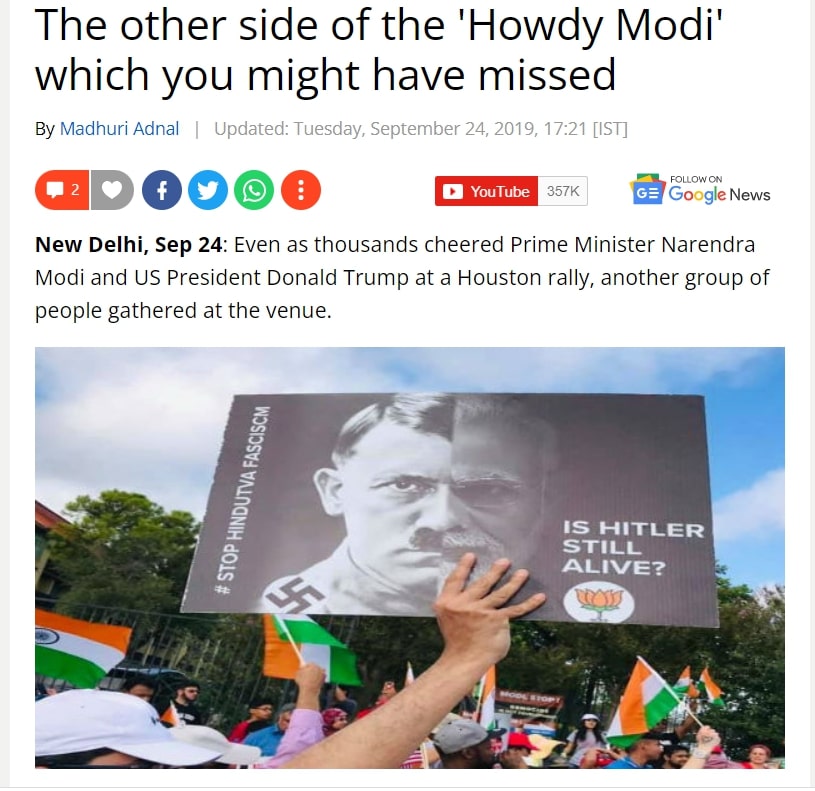 Thus it is clear that the viral image is old. 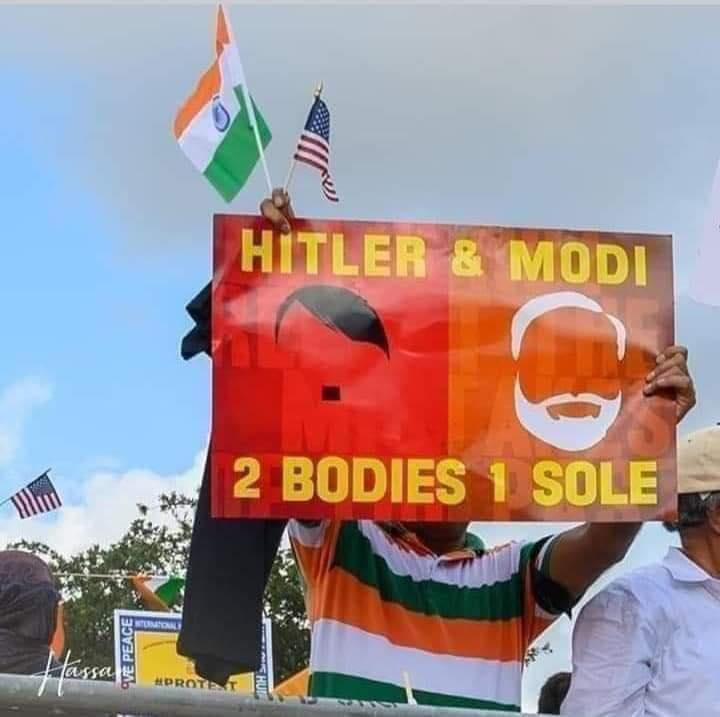 On doing a Google Reverse Image search we found that the same image was published by a Facebook user on August 25, 2020.

Another Twitter user had uploaded the same image on September 27, 2019. 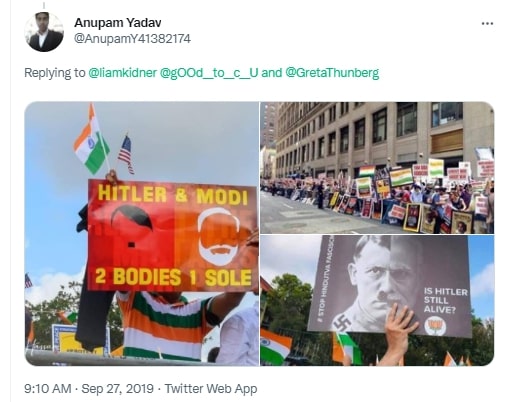 This proves that even the second image is also old.

According to a recent report published by Al Jazeera, Indian Americans were protesting outside the White House against Modi’s visit. However, the viral images are old and of crowd protesting against Prime Minister Narendra Modi during his 2019 visit to the United States for ‘Howdy Modi’.  Thus the viral claim on social media is misleading.