Home NM FACT CHECKER Fact Check: No, This Video Of Man Killing A Baby Girl Is... 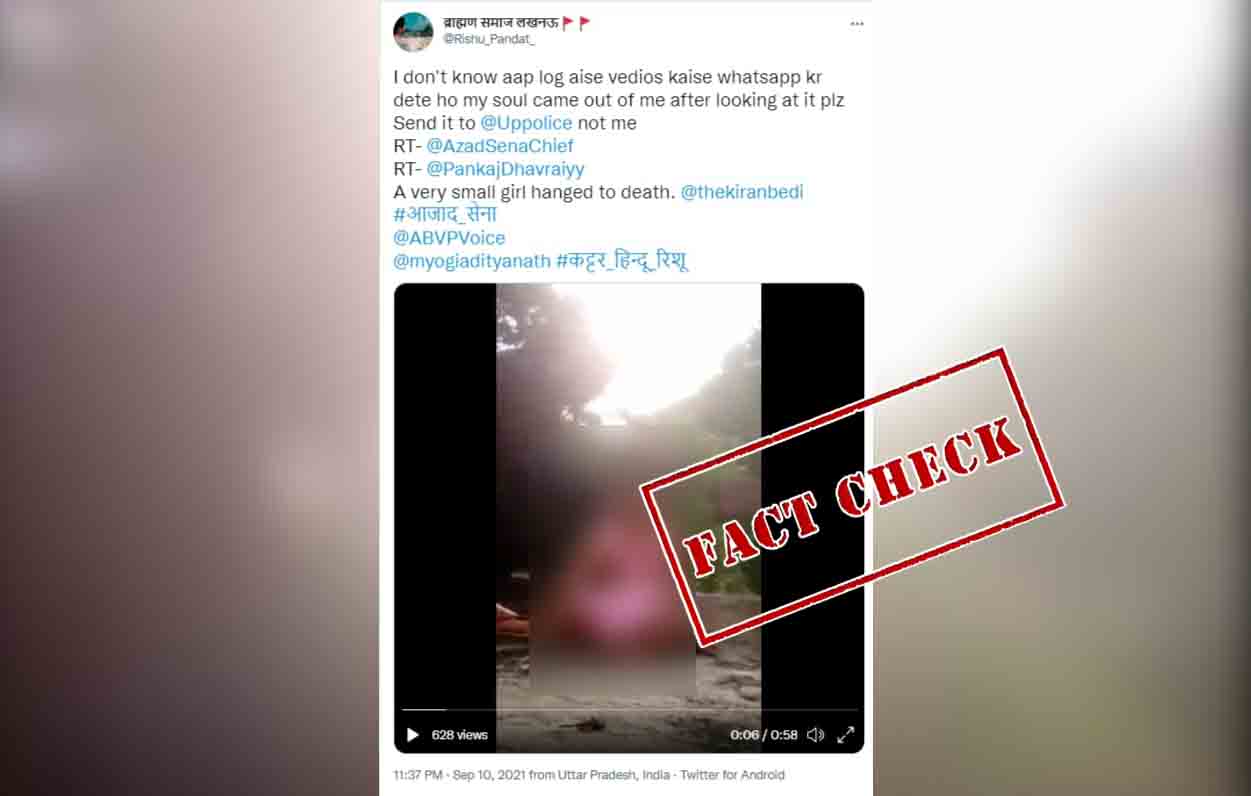 A terrifying video of a man hanging a little girl is being shared on social media with a claim that the video was shot in Uttar Pradesh.

A Twitter user shared the video with the caption, “I don’t know aap log aise vedios kaise whatsapp kr dete ho my soul came out of me after looking at it plz Send it to
@Uppolice not me RT- @AzadSenaChief RT- @PankajDhavraiyy A very small girl hanged to death. @thekiranbedi #आजाद_सेना @ABVPVoice @myogiadityanath #कट्टर_हिन्दू_रिशू”

(NOTE: Viewer’s discretion is required considering the nature of visuals) 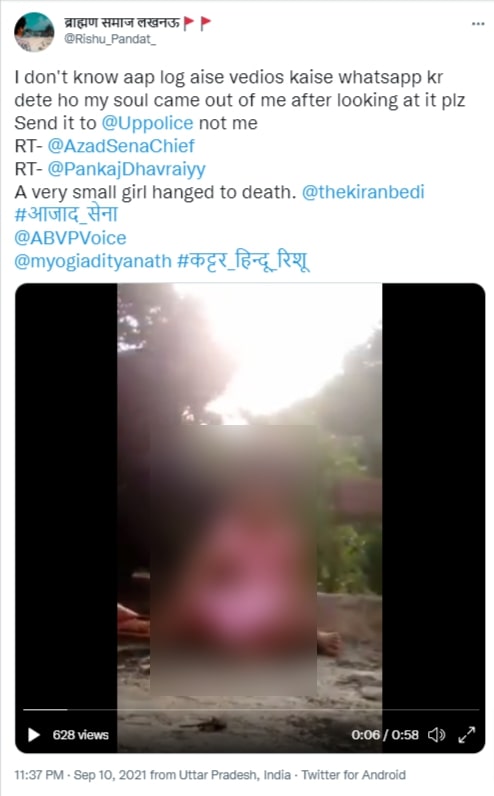 Here’s the link to the above post. (archived link)

NewsMobile fact-checked the post and found that the video is NOT from India.

Since the man tagged UP Police in the tweet, we scanned through the official Twitter handle of UP Police and found a tweet dated September 11, 2021, where they have refuted the viral claim.

The tweet can be translated in English as, “Viral video is not from Uttar Pradesh but from Phuket Island, Thailand dated 24.04.2017. Please don’t spread rumours by posting misleading information without verification.”

The tweet also carried a link to an April 2017 article by Reuters. “Thai man broadcasts baby daughter’s murder live on Facebook,” the headline of the article read. The report mentioned that “a Thai man filmed himself killing his 11-month-old daughter in two video clips posted on Facebook before committing suicide.”

We then ran a keyword search and found that the same was reported by multiple media organisations in 2017.

According to a report by The Independent, the clip shows Wuttisan Wongtalay of Thailand tying a rope to his daughter’s neck before dropping her from the rooftop of a deserted building in the Thai seaside town of Phuket. 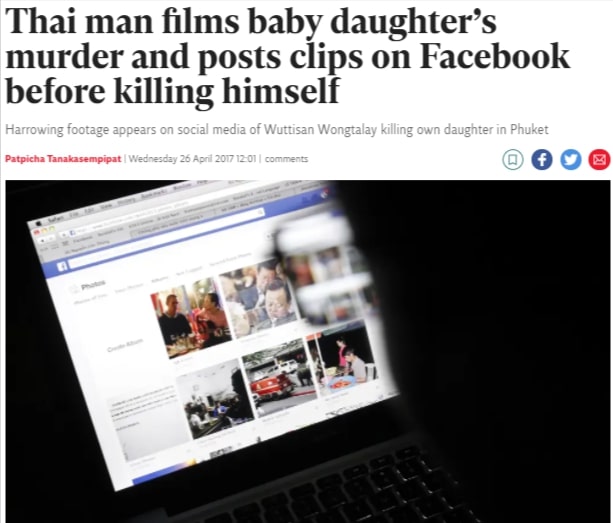 The Independent also reported that “People could access the videos of the child’s murder on her father’s Facebook page for roughly 24 hours until they were taken down around 5 pm in Bangkok or about a day after being uploaded”.

“He was having paranoia about his wife leaving him and not loving him,” Jullaus Suvannin, the police officer in charge of the case told Reuters.

Other news reports on the same can be seen here and here.

Hence, from the above fact check, it is clear that the video is from Thailand and NOT India.