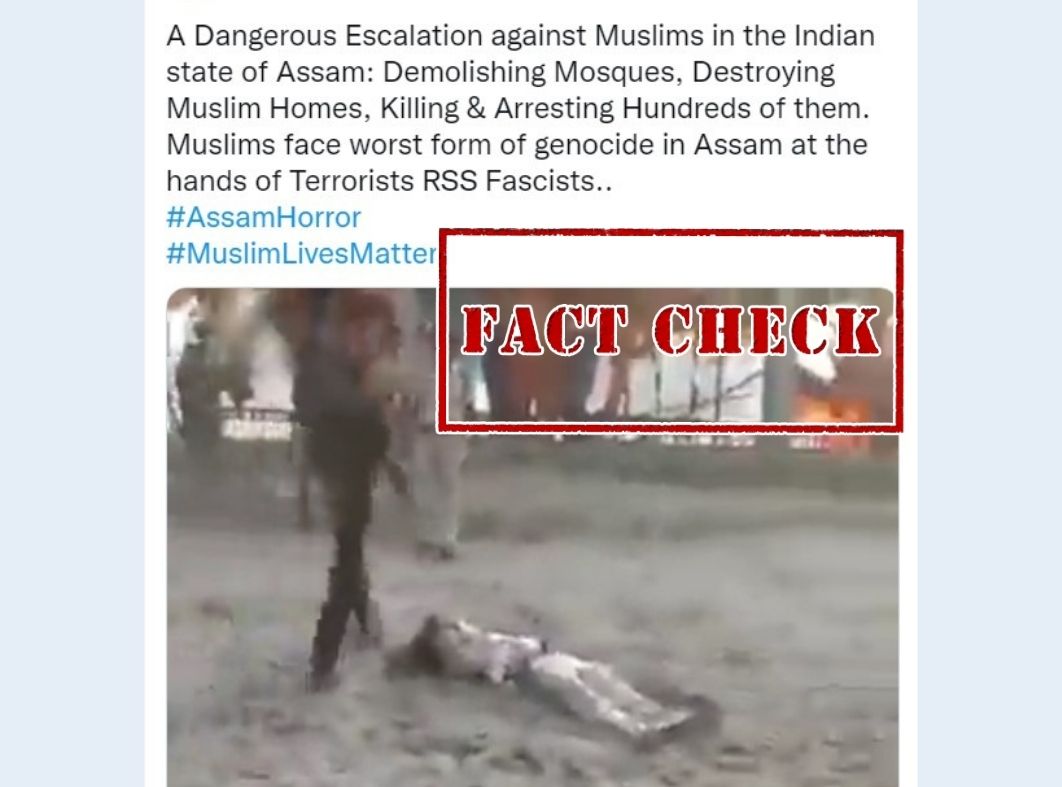 Following the violence during an eviction drive in Assam’s Darrang district, a disturbing video has surfaced on social media platforms showing a policeman jumping on a person’s body lying in an unconscious state. The video is being shared with a claim that these are visuals from the recent incident in Darrang, Assam.

The video was shared on a Facebook page with a caption, “A dangerous escalation against Muslims in the Indian state of Assam: demolishing mosques, destroying Muslim homes, killing & arresting hundreds of them. Read full story – Link is in the comments.”

(NOTE: Viewer’s discretion is required considering the nature of visuals) 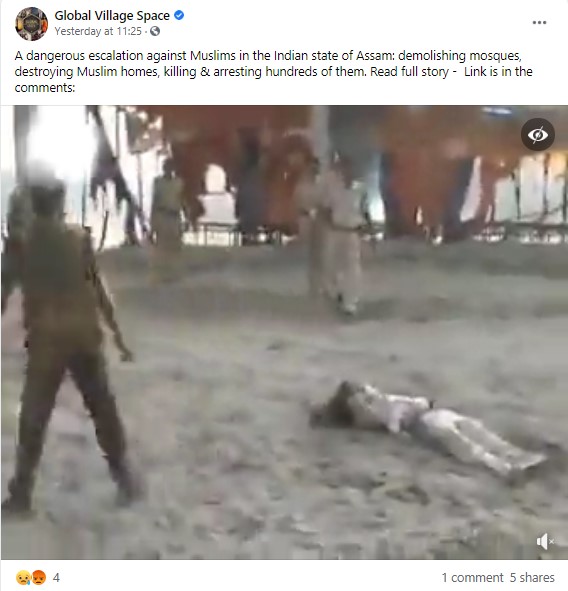 The video is also being shared on Twitter with a similar claim. 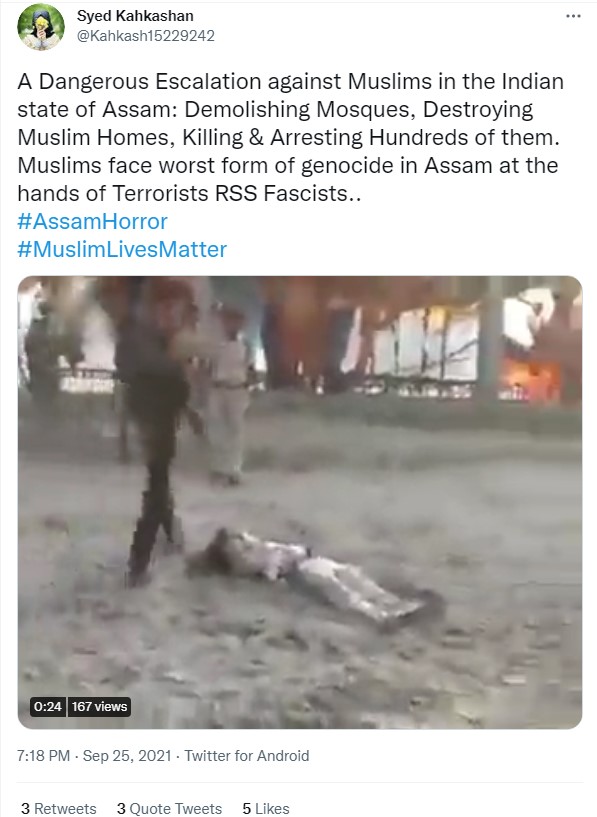 With the help of Reverse Image Search, after extracting the keyframes of the video, we found a report by India Today published on June 24, 2011. According to the report, on June 3, 2011, a police firing had left four people dead in the Forbesganj area of Araria district in Bihar. Following the same, a video of a policeman beating up a man violently till he was unconscious and then jumping on the villager’s face went viral online. 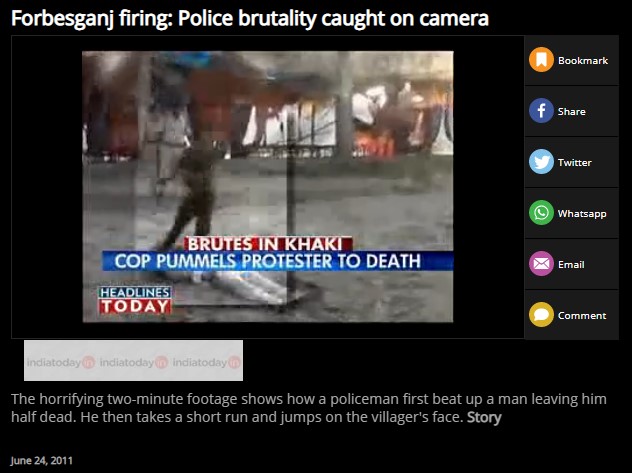 The Hindu also reported the same stating that in an incident of an industrial land dispute in Bihar, four persons, including a woman and a child, were killed and more than a dozen policemen were injured in a pitched battle between villagers and policemen at Forbesganj in Araria district.

Therefore, we can conclude that an old video from Bihar dating back to June 2011 is being falsely shared as from a recent event in Assam.

What happened in Assam?

In Assam, two civilians were killed and several others including nine policemen were injured in violence during an eviction drive in Assam’s Darrang district.

Soon after, a video of a man carrying a camera stomping on another unconscious man started doing rounds on social media.

The video from Assam, which is very similar to the viral video fact-checked above, shows a villager with a lathi apparently running towards policemen in riot gear, while the police can be seen firing. Seconds later, he can be seen lying on the ground with a bullet wound on his chest.

Later in the video, Bijay Shankar Baniya, a professional photographer, hired by the district administration to document the situation, can be seen running, kicking and punching the man who was lying in an unconscious state on the ground after the bullet hit him on his chest.

After the video of the incident went viral, the Assam government set up an official probe and he was arrested by police later on September 23.