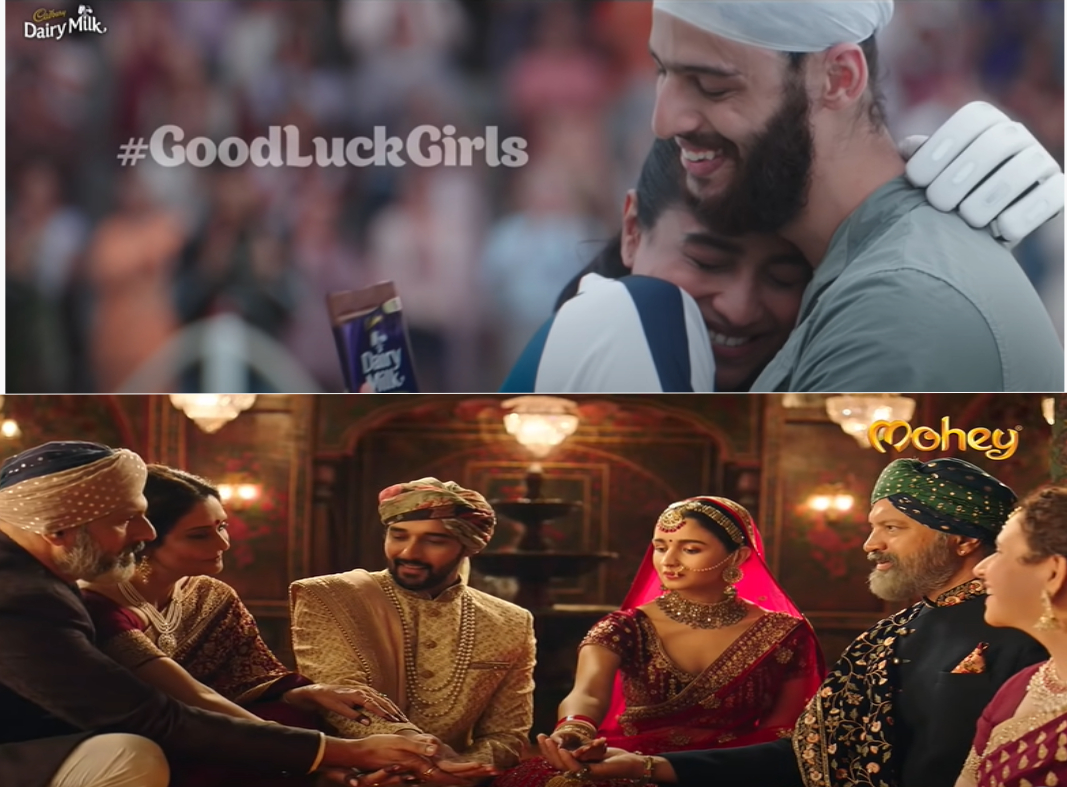 A recent advertisement of Cadbury went viral and was openly embraced by the audience for breaking the gender stereotype. This advertisement shows a cricket match with a man sitting in the stands and rooting for a cricketer. The man later zooms past the security guard to reach the cricketer.

The advertisement is a tweak of its iconic ‘Cadbury Cricket ad of 1993’. In the old ad, the woman is seen sitting and rooting for a cricketer and zooms past the security guard to meet the cricketer. Many lauded Cadbury for the twist and several were nostalgic.

At the same time, Manyavar also came up with an ad that gives the idea of ‘Kanyamaan’. The ad is for Manyavar’s women’s couture label ‘Manyavar Mohey’ The ad stars Alia Bhatt and shows her getting married. In the ad, Alia is seen sitting in Mandap and recalling things people have told to her. She seems nostalgic and ponders why she is considered a parayadhan (someone else’s property). The ad takes a twist when her in-laws also offer her husband’s hand, then she says,  ‘Why only Kanyadaan? Here’s a new idea – Kanyamaan’ (‘respect for women’). This ad has garnered many eyeballs both in favour and against it. Some thought it to be a new perspective, others considered it to be an attack on Hindu ritual.

Apart from these recent two ads which became the recent buzz, here are some more television commercials which promulgated a fresh thought and left their viewers in total awe:

Hamam soap: The ad campaign shows a man sitting beside a girl in a bus and whistling. Another lady sees it and comes to sit between the two and thus protecting the girl from harassment. The ad campaign tries to deliver the message that each woman to take charge of the safety of the other.

Tanishq Jewelry: This ad received backlash from many, but was beautifully crafted to promote the idea that in-laws should make their daughter-in-law feel special. The ad shows the baby shower of a Hindu girl married in a Muslim family and when she asks that this ritual does not happen at their culture, to which her mother-in-law replies, “Bitiya ko khush karne ki rasam toh har ghar mein hoti hai na? (The ceremony to make the daughter happy is held in every house, isn’t it?)”. Tanishq had added the video with the description, “She is married into a family that loves her like their own child. Only for her, they go out of their way to celebrate an occasion that they usually don’t. A beautiful confluence of two different religions, traditions, cultures.”

Titan Raga: This ad campaign promotes the idea of ‘her life her choice’. It shows a divorced couple having a brief conversation. In the conversation, the man says that the relationship could have worked out if she had given up on her job, to which she says he really is exactly where he was when she left him. This ad campaign promotes women’s choice to either be housemaker or career-oriented.