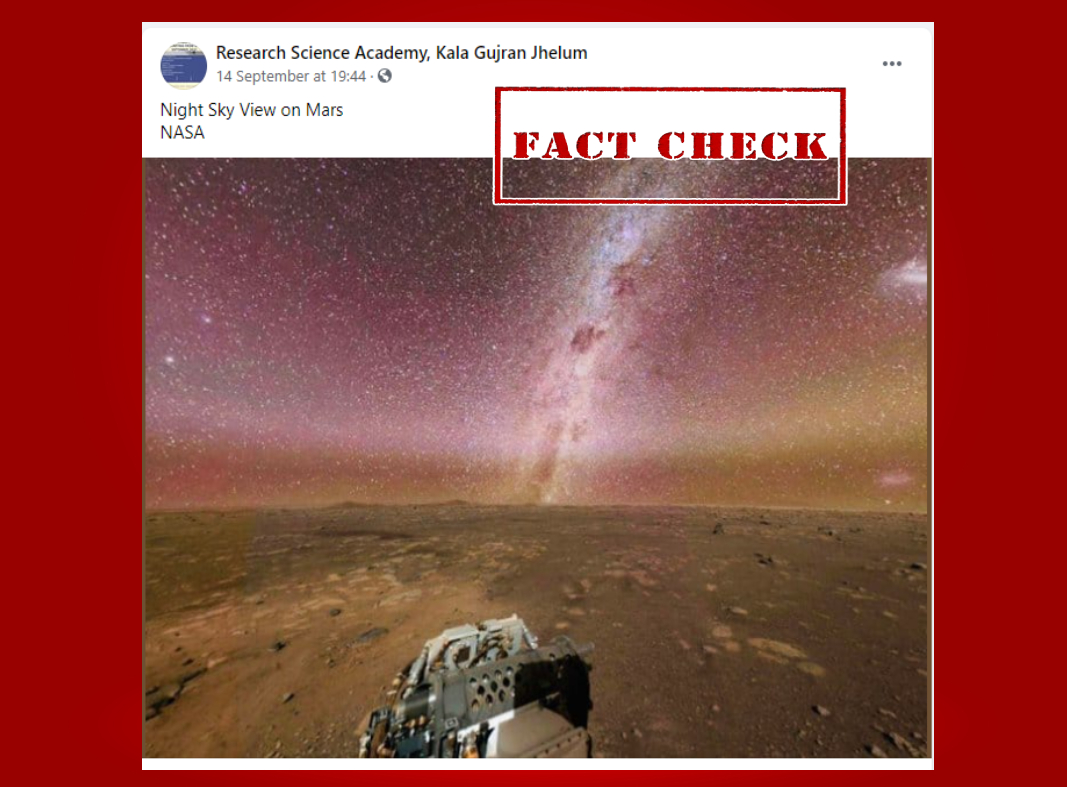 An image of a night sky full of stars has gone viral on social media. Many social media users are claiming that the image is of the night sky on Mars clicked by NASA’s Perseverance rover.

The image is shared with a caption that reads, “Night Sky View on Mars NASA” 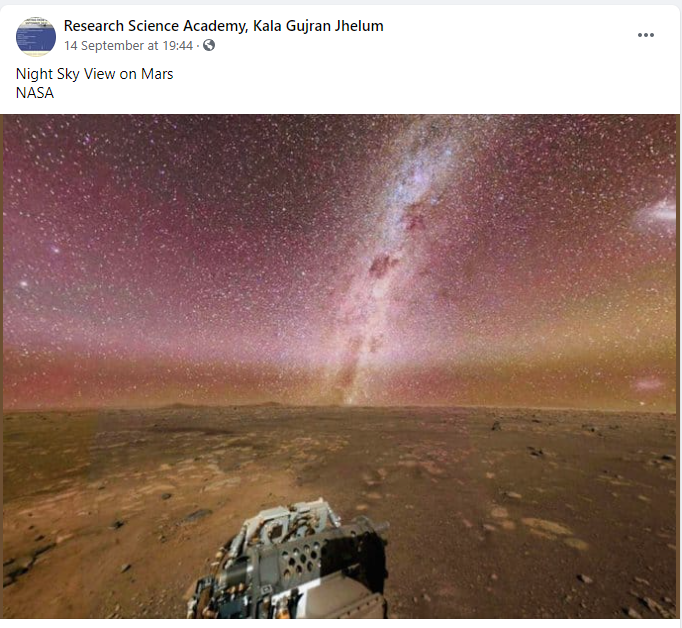 On doing a Google Reverse Image Search, we found that the same image was published by IndiaTimes on February 24, 2021. The title of the article reads, “Look Up The Night Sky As If You Are Standing On Mars, With NASA Perseverance Rover.” However, article mentions that these images are made by a video creator, Hugh Hou, who took these different images, stitched them together and edited them to look like a panoramic view of the Martian surface. The article also reads, “He also made some modifications such as editing the sky adding beautiful stars and colourful hues making the end result a picturesque beauty that will make everyone’s jaw drop.” 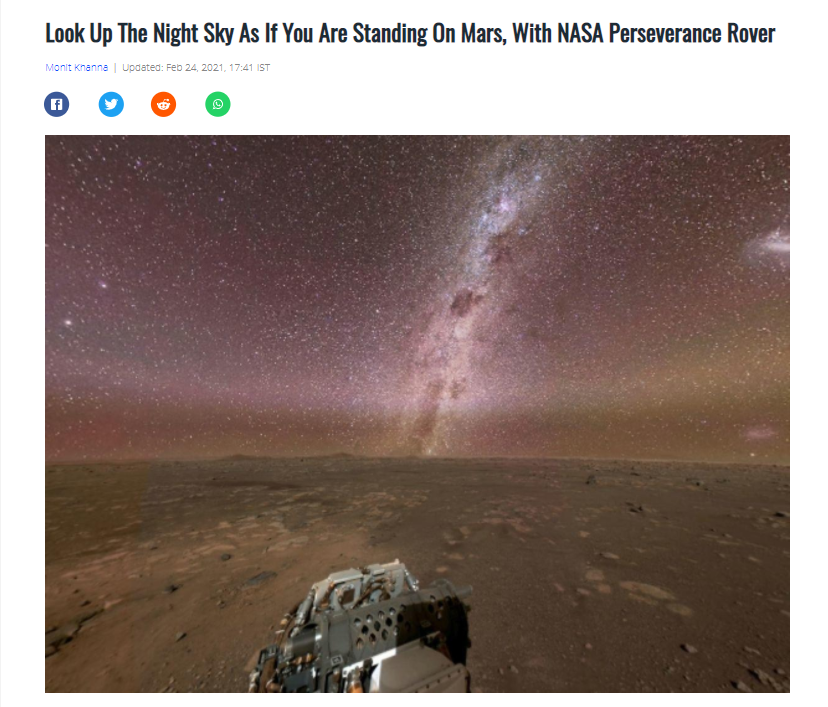 Taking a cue from the article, we searched for the artist, Hugh Hou and found the 360 degree image of the same visual on Facebook. The 360 degree visual was shared with a caption that reads, “MARS Virtual Tour – What’s Mars surface looks like to you?
NASA’s Perseverance Navcams 360° photo (edited by Hugh Hou )

How to experience this in your Oculus VR headset:
1. Save this post (Add this to your “Saved Items”)
2. Save it on a list
3. Put on your Oculus Quest 2 / Quest 1 VR headset. On the left side of your Oculus homepage menu, click on “Saved”
4. You should be able to see your saved Mars 360 photo
5. Click on “Watch” and it will open an Oculus Browser
6. The 360 photo will load
7. On the top left corner of the photo, you will see the “Enter VR” button
8. Click “Enter VR” and it will go into a full immersive view of the Mars 360 photo
Alternatively, you can copy the Facebook post’s URL and open your Oculus Browser on your Quest 1 or Quest 2 VR headset, and view it directly.
I hope you can enjoy this unique experience in immersive virtual reality!

From NASA – This panorama, taken on Feb. 20, 2021, by the Navigation Cameras, or Navcams, aboard NASA’s Perseverance Mars rover, was stitched together from six individual images after they were sent back to Earth.

The artist in also commented that in original image the sky does not have stars. He wrote, “Disclaimer: the original photo does not have the full sky, I edited the sky to have a full 360 experience inside a VR headset like Oculus Quest 2. The sky does not represent the real sky from Mars. This is an art. Thank you so much for all the love.”

We also checked the images clicked by NASA’s Curiosity Mars rover and found similar images except that the sky was not as bright as present in the viral image. 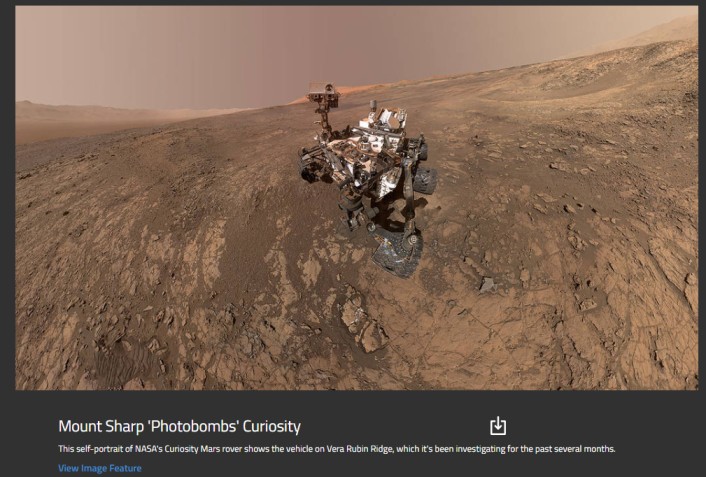 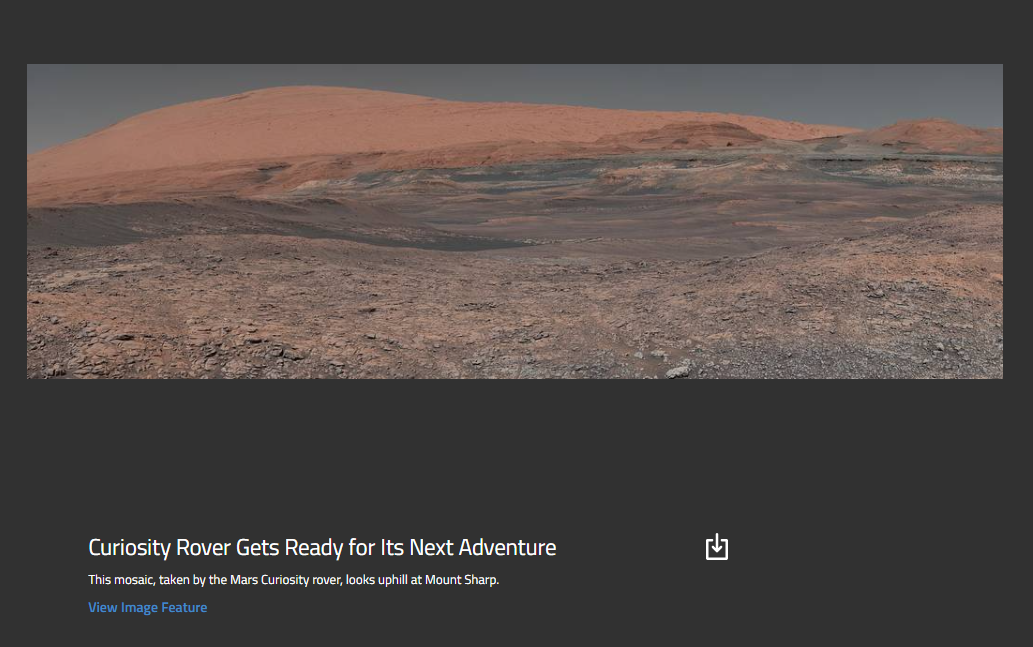