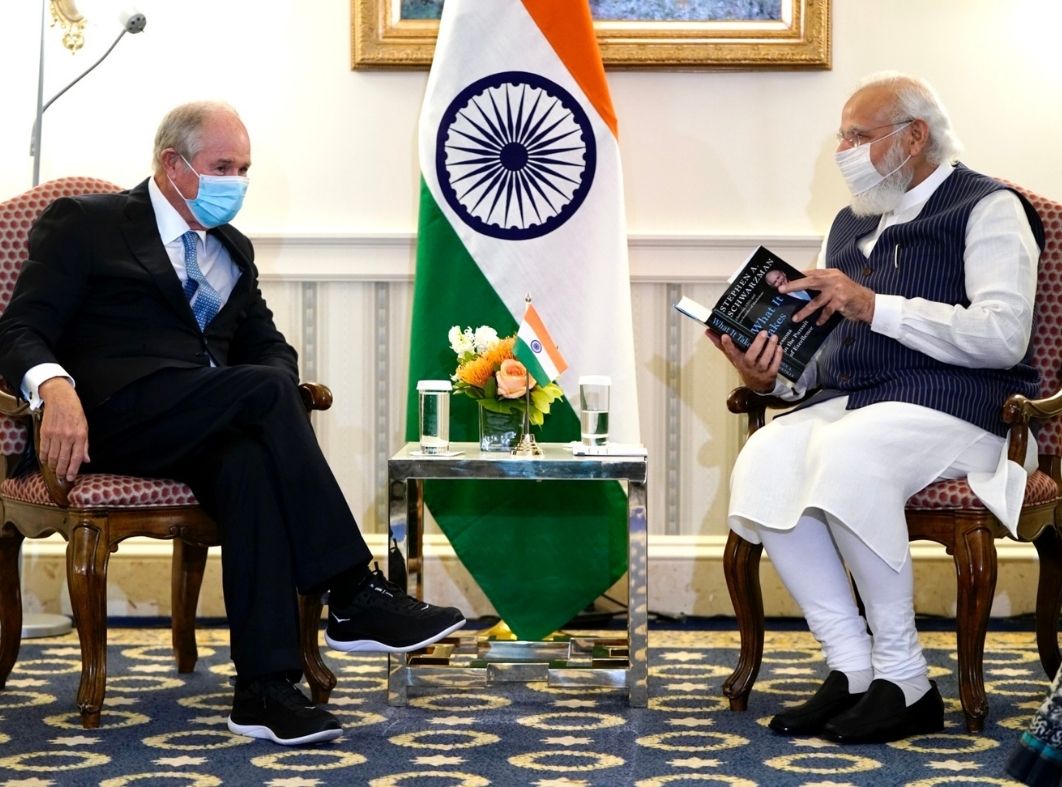 Prime Minister Narendra Modi on Thursday during his high-level US visit met with Blackstone’s Chief Executive Officer (CEO) Stephen Schwarzman in Washington DC and discussed ongoing projects and further investment opportunities in India. This is a part of series of meetings that Prime Minister Modi undertook with select heads of corporates that have the potential to invest significantly in India. “India remains an attractive investment destination! PM @narendramodi met Mr. Stephen Schwarzman, CEO @blackstone.

Mr. Stephen Schwarzman, the CEO of @blackstone speaks about the interaction with the Prime Minister and the plans of investing in India in the times to come. pic.twitter.com/MAjvmBUj1H

Discussed ongoing projects and further investment opportunities in India, including under the National Infrastructure Pipeline and National Monetisation Pipeline,” said Official Spokesperson, Ministry of External Affairs. Blackstone started operations in India in 2006 and has so far invested around USD 15 Billion across sectors such as private equity, real estate, education, fashion, packaging and housing finance. Blackstone Real Estate Fund is the largest owner of commercial real estate in India.

The company played a key role in launching India’s first real estate investment trust (REIT) along with its partner Embassy Group in 2019 and has since then launched two REITs in the country. Talking about the company’s plans in India, Schwarzman said Blackstone is planning another USD 40 billion of assets over the next five years. “I had a very good meeting with the Prime Minister. I told him that Blackstone had already invested 60 billion US dollars in assets in India. And over the next five years, we’re planning another USD 40 billion of assets,” he said. Answering a question on India as an investment destination, Schwarzman said that “India’s been Blackstone’s best market for investment in the world.”

Giving greater momentum to investments in India.
Mr. Stephen Schwarzman, the CEO of @blackstone met PM @narendramodi. Various investment opportunities in India, including those arising due to the National Infrastructure Pipeline and National Monetisation Pipeline were discussed. pic.twitter.com/i7zHAECppi

US President Joe Biden will host PM Modi at the White House on September 24. This is going to be the first in-person meeting between the two leaders after Biden took over as the US President on January 20.