Home NM FACT CHECKER Fact Check: No, This Image Does NOT Show Security Cover For New... 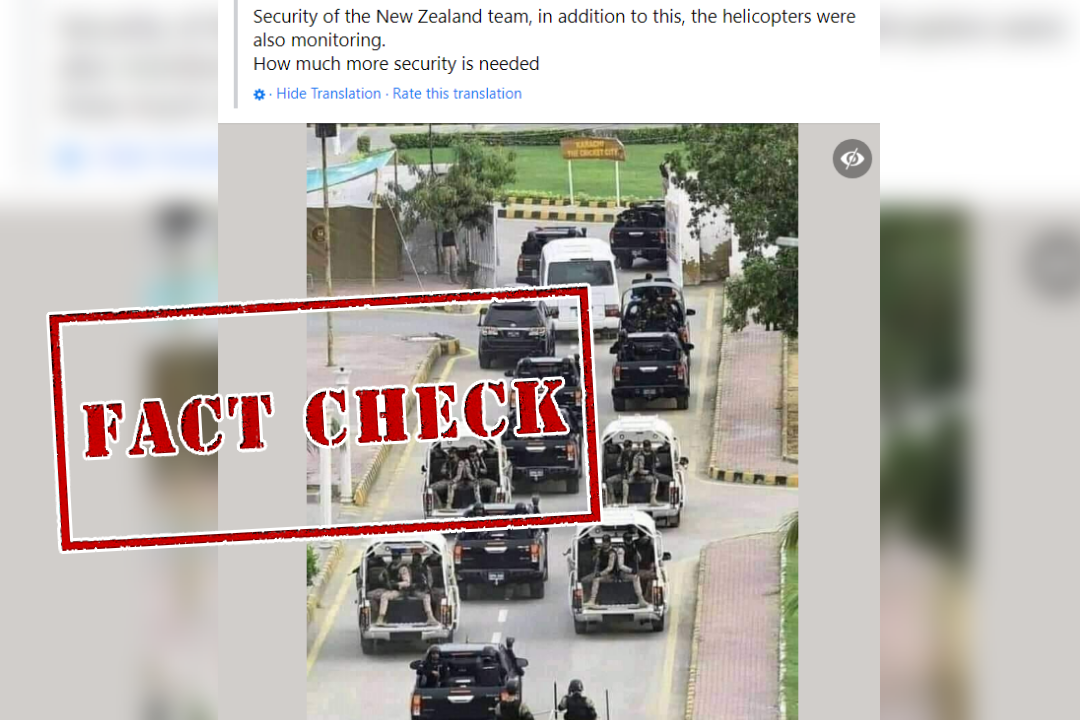 The New Zealand cricket team recently cancelled their tour to Pakistan citing security threat. In this backdrop, a photo in which a group of security vehicles can be seen is being widely shared on social media. Sharing this photo, users are criticizing New Zealand team stating that in spite of such security arrangements, the team is claiming security threat.

The image is being shared on Facebook with a caption in Urdu that translates to, “Security of the New Zealand team, in addition to this, the helicopters were also monitoring. How much more security is needed.” 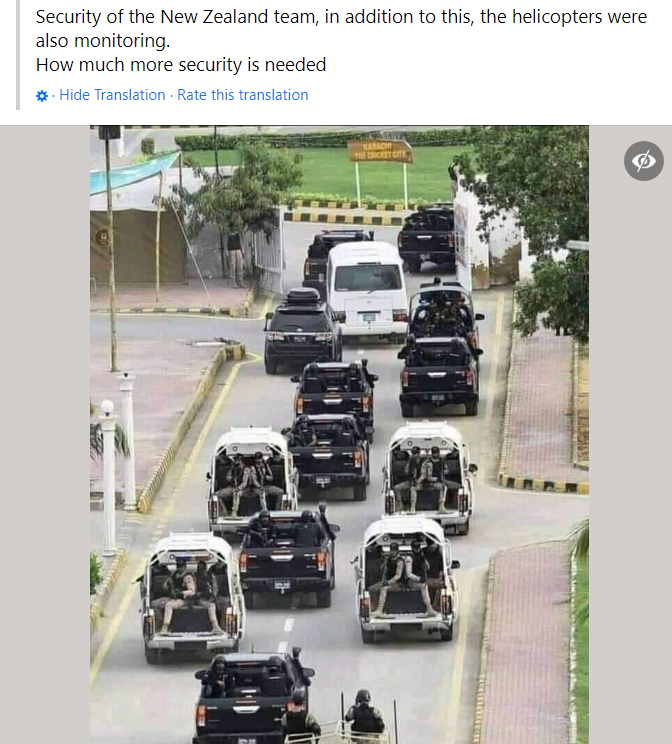 Doing a simple Reverse Image Search directed us to a news report published on a Sri Lankan news website that carried the same viral image. The article was published on September 30, 2019, with a headline that read, “Presidential level security for SL Team in Pakistan.” 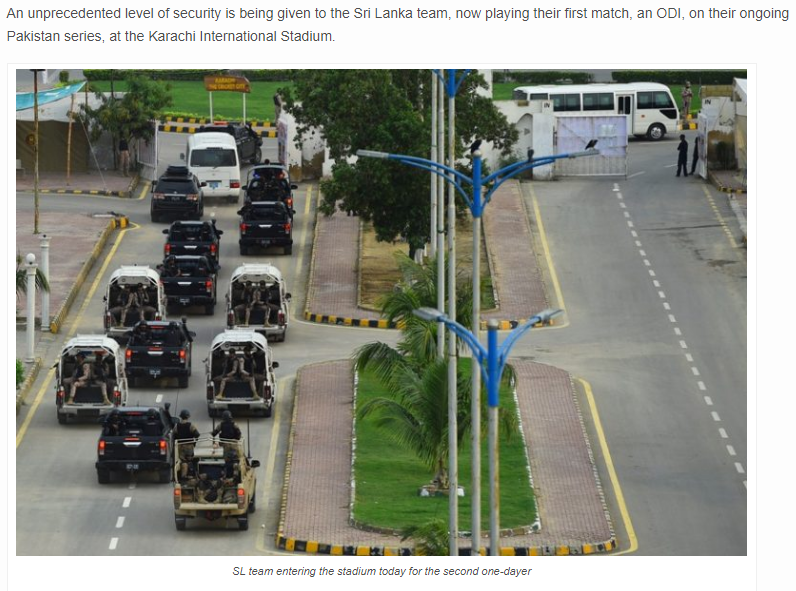 The article reads, “An unprecedented level of security is being given to the Sri Lanka team, now playing their first match, an ODI, on their ongoing Pakistan series, at the Karachi International Stadium.”

The same image was also carried in another news article published on October 1, 2019. This article also stated that “Tight security provided to Sri Lankan team in Pakistan, there were 42 vehicles in the convoy.” Check a similar news report here. 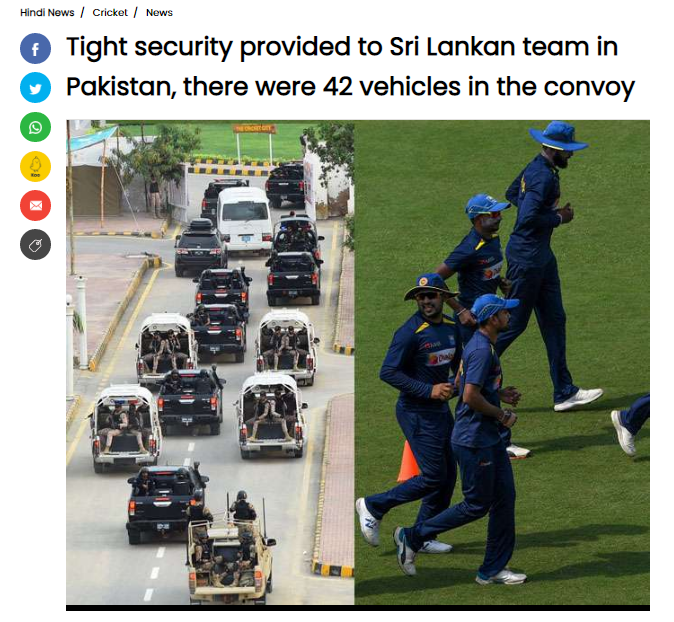 The same image was also tweeted by Sri Lankan journalist Azzam Ameen on September 30, 2019, with the caption, “Sri Lanka Cricket team entering the Karachi Cricket ground for the #PakvsSL clash.”

Thus, it becomes evident from the above information that an old image showing security escort for the Sri Lankan cricket team in Pakistan is being falsely shared as security cover of the New Zealand cricket team.