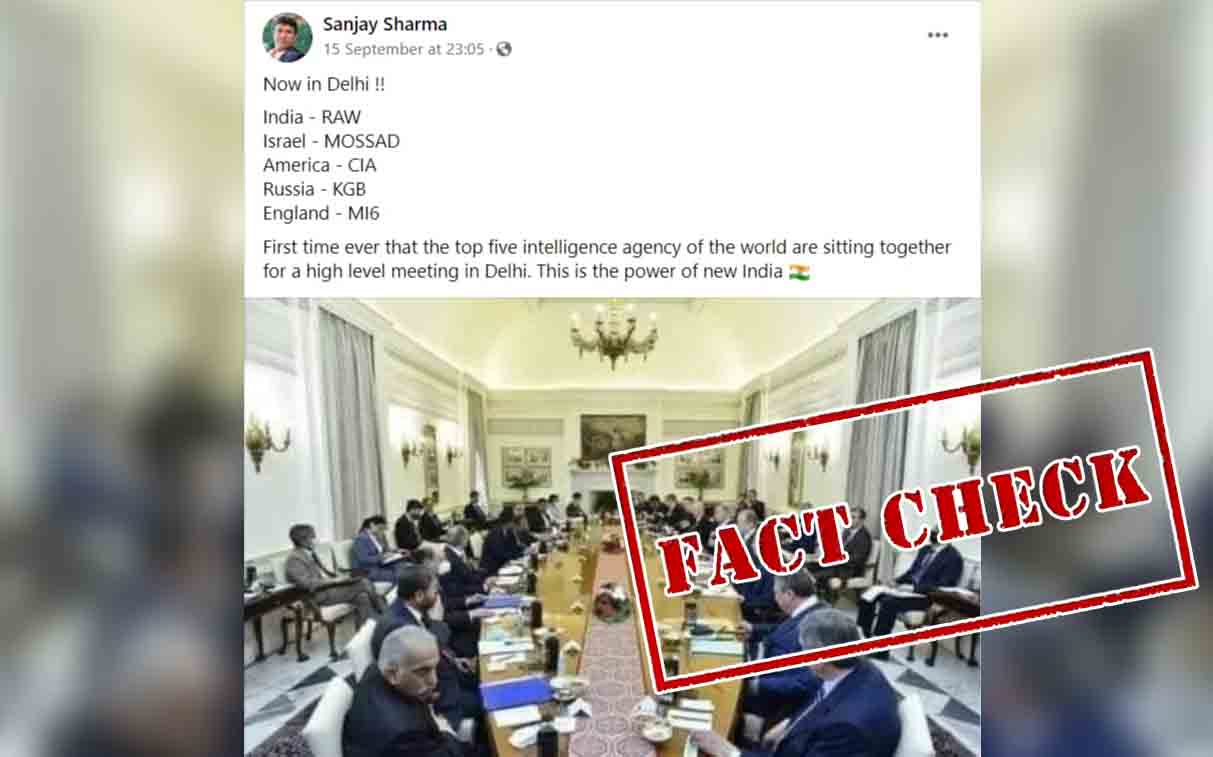 A picture of what seems like a meeting is being shared on social media with a claim that it shows top five intelligence agencies of the world meeting for the first time.

“Now in Delhi !!
India – RAW
Israel – MOSSAD
America – CIA
Russia – KGB
England – MI6
First time ever that the top five intelligence agency of the world are sitting together for a high level meeting in Delhi. This is the power of new India,” the Facebook caption read. 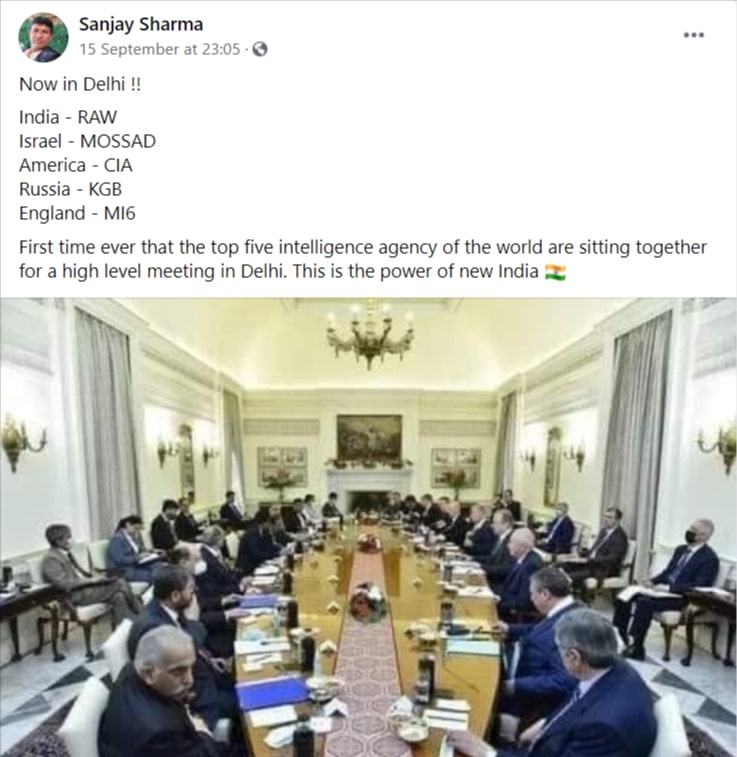 A simple Reverse Image Search on the above picture directed us to the report By Times Now, dated September 8, 2019. The headline read, “India, Russia hold NSA-level talks in Delhi; discuss ‘peaceful settlement process, development in Afghanistan’.”

The picture was captioned, “Ajit Doval holds talks with his Russian counterpart today.” 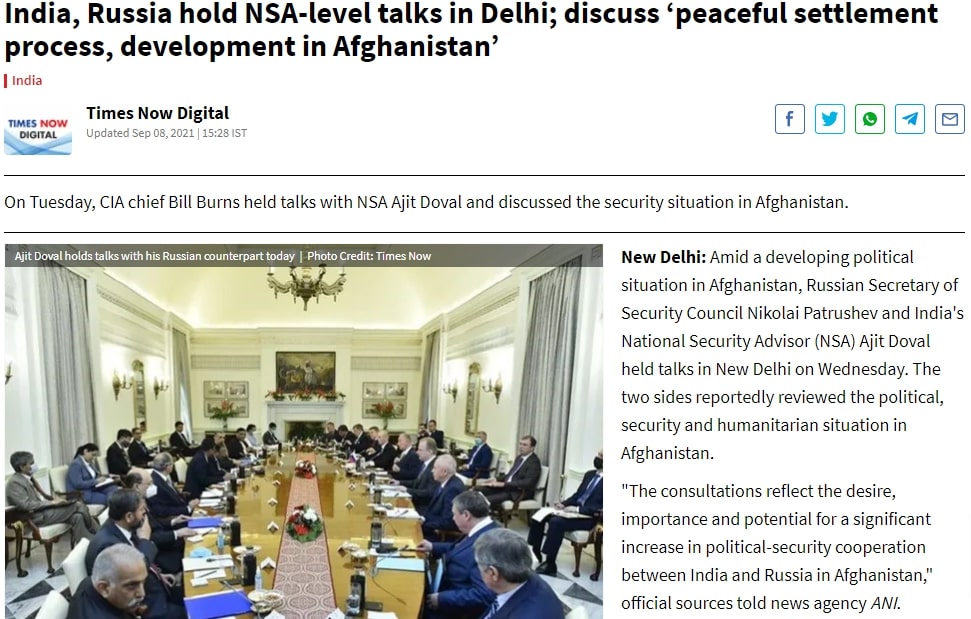 The same image was also present in reports by Hindustan Times, Republic World and Business Standard.

According to the Hindustan Times report, National Security Advisor Ajit Doval and his Russian counterpart Nikolay Patrushevmet  on September 8, 2021, in New Delhi regarding the situation in Afghanistan and its security implications for India, Russia and the Central Asian region.

Newswire ANI also posted a video clip of the meeting with the caption, “#WATCH | A delegation-level meeting of National Security Advisors between India & Russia underway in Delhi.”

Hence, from the above information, it is clear that a picture of a delegation-level meeting between Indian and Russian delegates is being shared with false claims.