A video in which a man can be seen thrashing police personnel has gone viral on social media claiming that the man assaulting the cops is BJP MLA Anil Upadhyay.

The video is being shared on Facebook with a caption in Hindi that translates to, “Look at the courage of BJP MLA Anil Upadhyay, when this is the condition of the police, then what will happen to the general public. Happy you are living in Ram Rajya. Make this video so viral that it can be seen by the whole of India.” 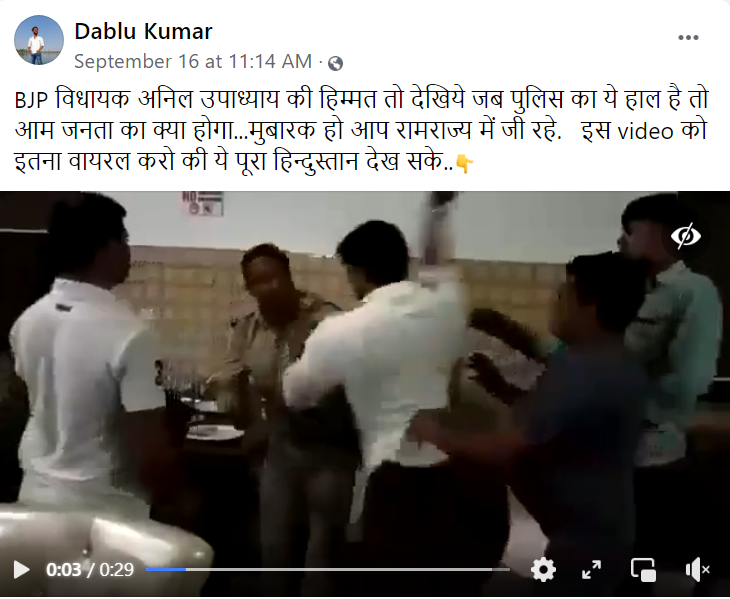 We extracted keyframes from the video and performed a Reverse Image Search. This led us to a video on YouTube channel that featured the same viral video with a caption that read, “Meerut: BJP corporator thrashed UP Police Inspector.” The video was uploaded on October 20, 2018.

The description of the video translates to, “A video of a UP Police constable beaten up by a BJP councillor in Meerut district is going viral on social media. In this case, by registering a case against the hotel owner and BJP councillor on the complaint of the woman, the police have arrested the accused. According to the information, Inspector Sukhpal along with his female friend had reached the hotel to have food in a state of intoxication.”

We also found the video uploaded on Quint’s video report with a caption that read, “Caught On Camera: BJP Councillor Beats Up Sub-Inspector in Meerut.” The video was uploaded on October 20, 2018.

The description of the video reads, “BJP Councillor Manish Kumar was caught on camera thrashing a sub-inspector who had come to eat at a hotel owned by him with a woman lawyer in Uttar Pradesh’s Meerut in the wee hours of Saturday, 20 October.”

We also came across many news articles which reported the same incident in October 2018. According to one of the articles, “Restaurant operator BJP councillor Munish Chaudhary alias Mintoo has been arrested in connection with the uproar between the inspector and his lawyer friend on Friday night at the Black Paper restaurant on the highway.” 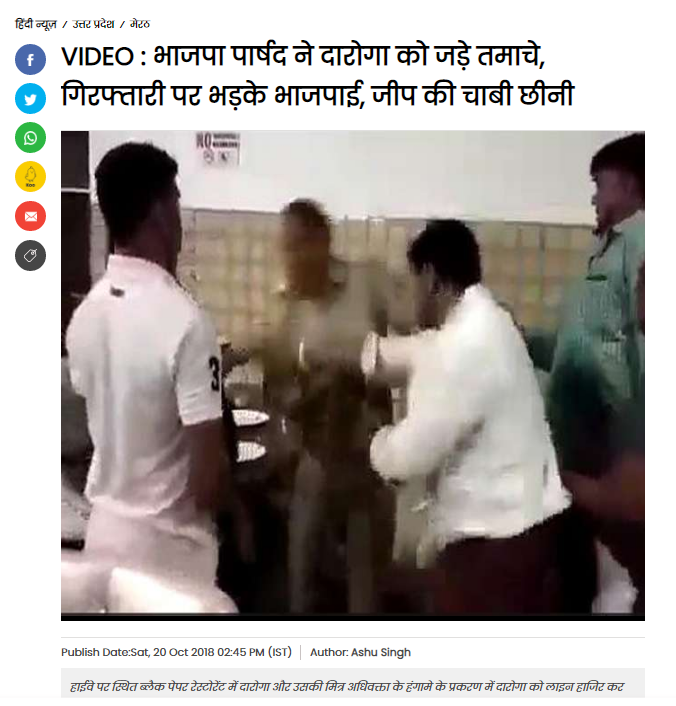 UP Police had also posted on Facebook warning against spreading misinformation. In a post dated September 10, 2021, it was stated, “According to Meerut Police, this video is from the year 2018, in which chargesheet has been sent against 4 accused including the then member after registering the case. Please don’t spread rumours by posting misleading without verification.”

We then searched for Anil Upadhyay on MyNeta. We could not find any information related to any such individual as being associated with BJP. We could find three Anil Upadhyays – two are independent leaders while the third person belongs to BSP. 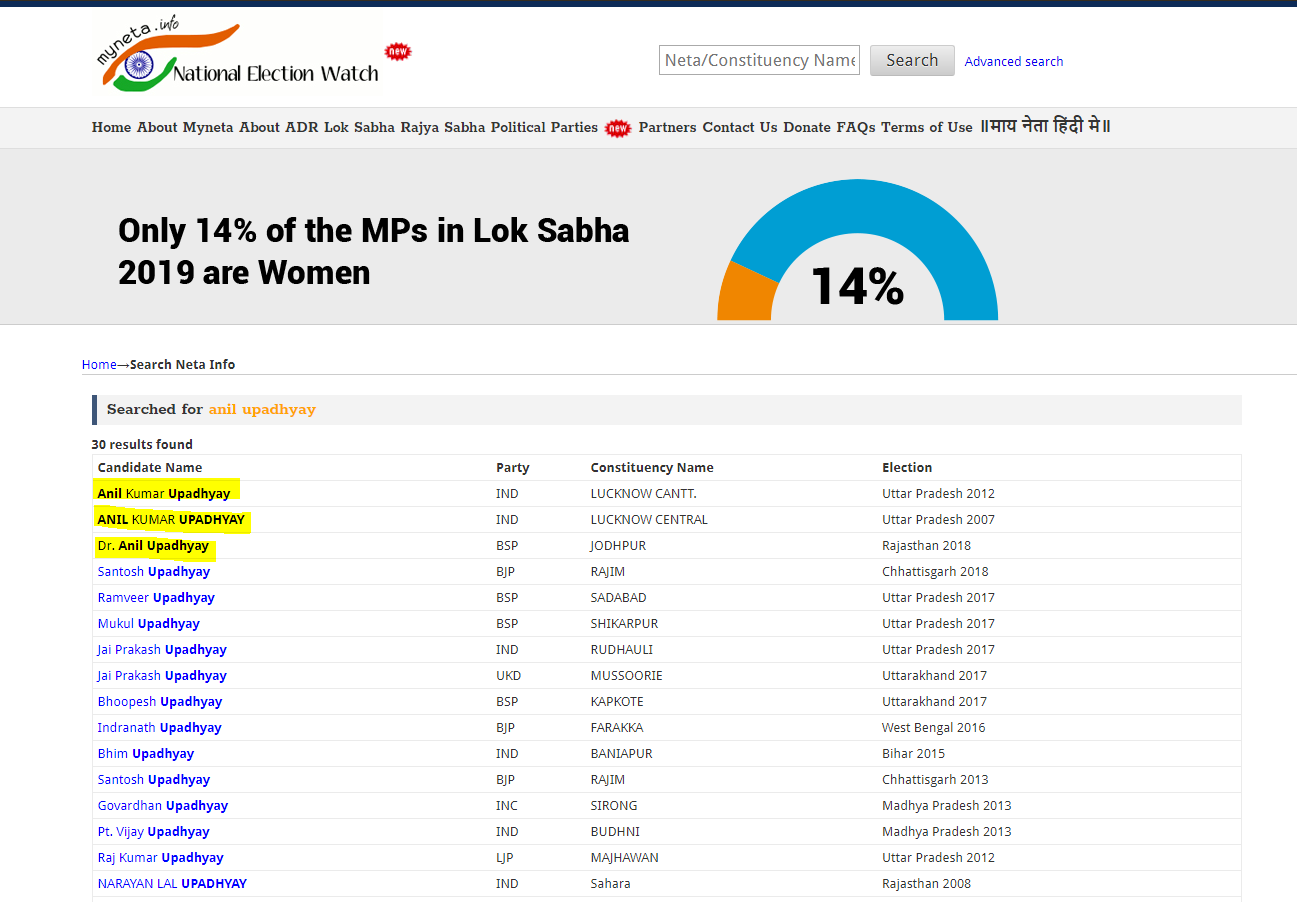 Thus, it becomes evident that an old video of a BJP councillor beating a police officer is being shared with false claims.