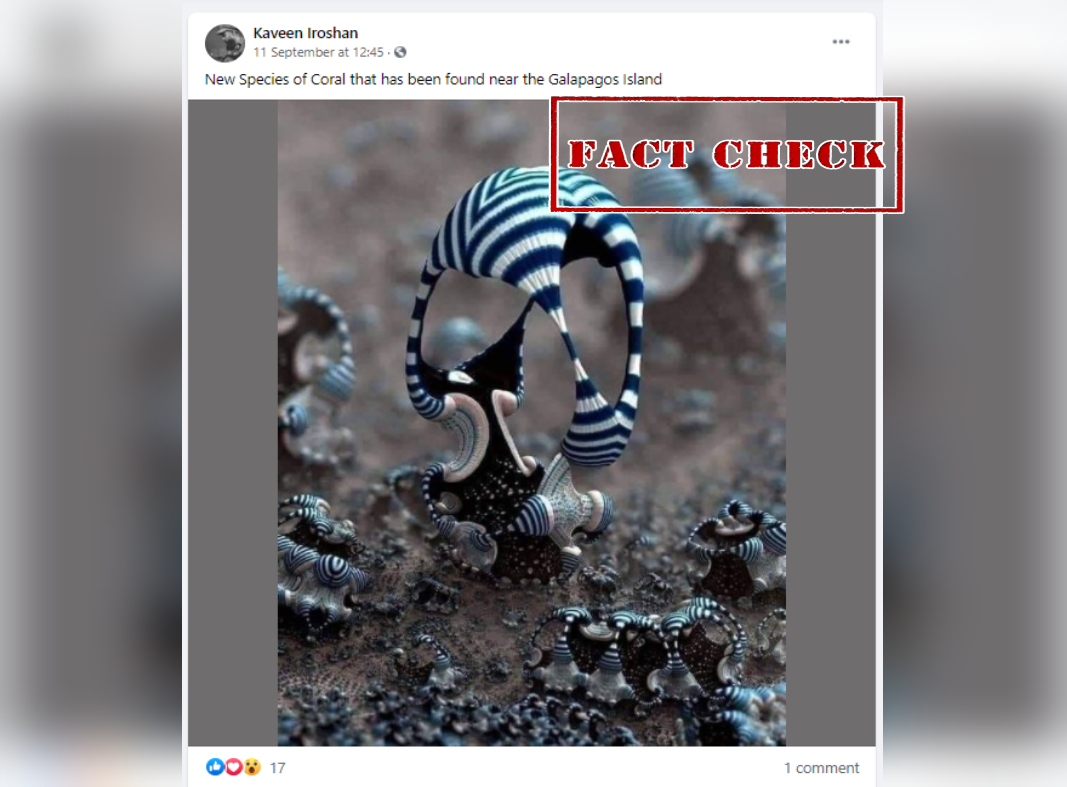 An image of a unique coral structure has gone viral on social media with a claim that it shows a new species of coral which has been found near Galapagos Island in Ecuador.

The post is being shared with a caption that reads, “New Species of Coral that has been found near the Galapagos Island.” 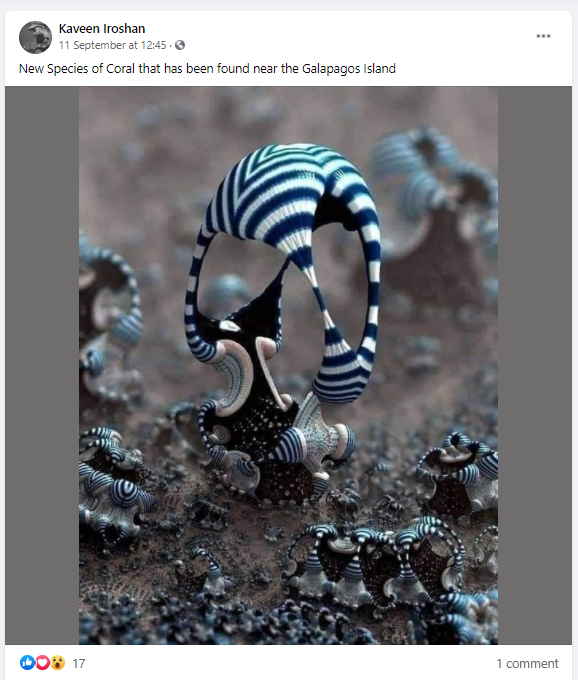 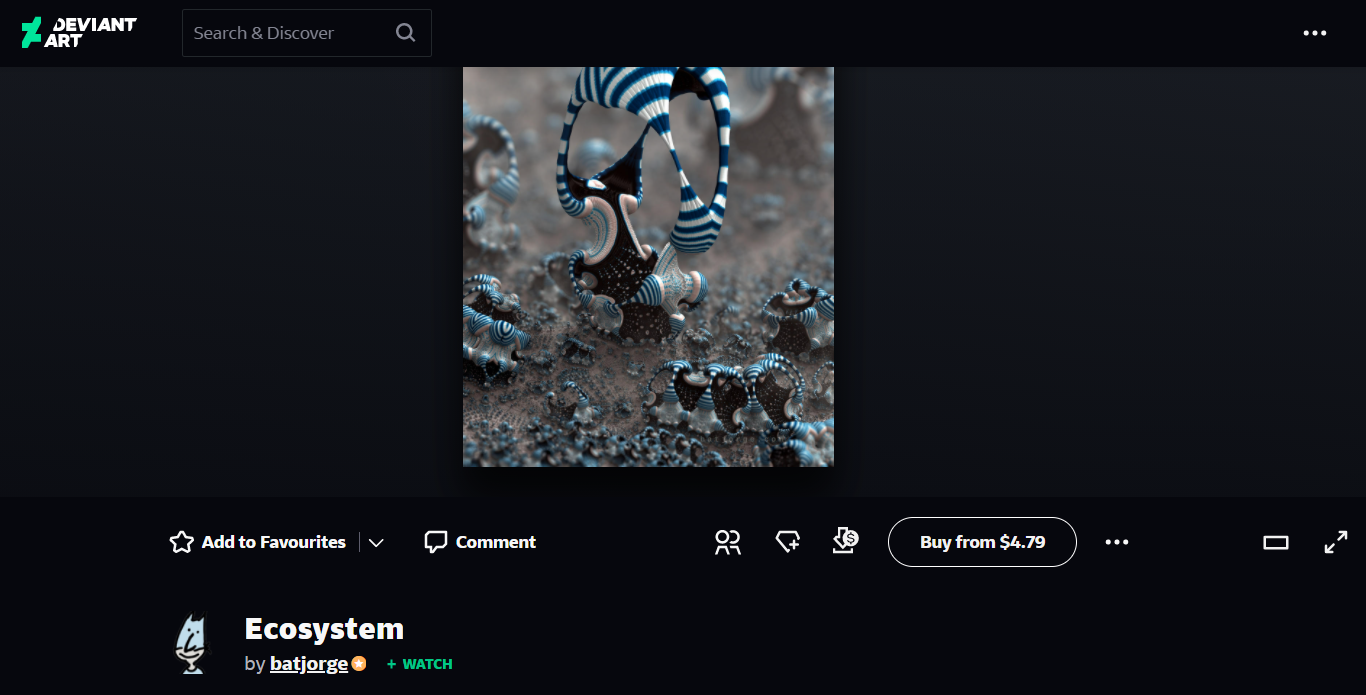 We further saw that in the comments section the artist had refuted the viral claim and said that it was a piece of art not any coral’s image. Batjorge had replied, “Not only him. My image went viral through internet and someone posted it claiming this statement you mention. It is impossible for me to keep track, because it has been shared hundred of thousand of times (no exaggeration) and no much I could do. But it amuses me to see people’s reaction. I never claimed it as other than a 3d fractal digital work, done with Mandelbulb 3D software.”

Hence, we can ascertain that the viral image is a digital artwork and not a new species of coral found in Galapagos Island.