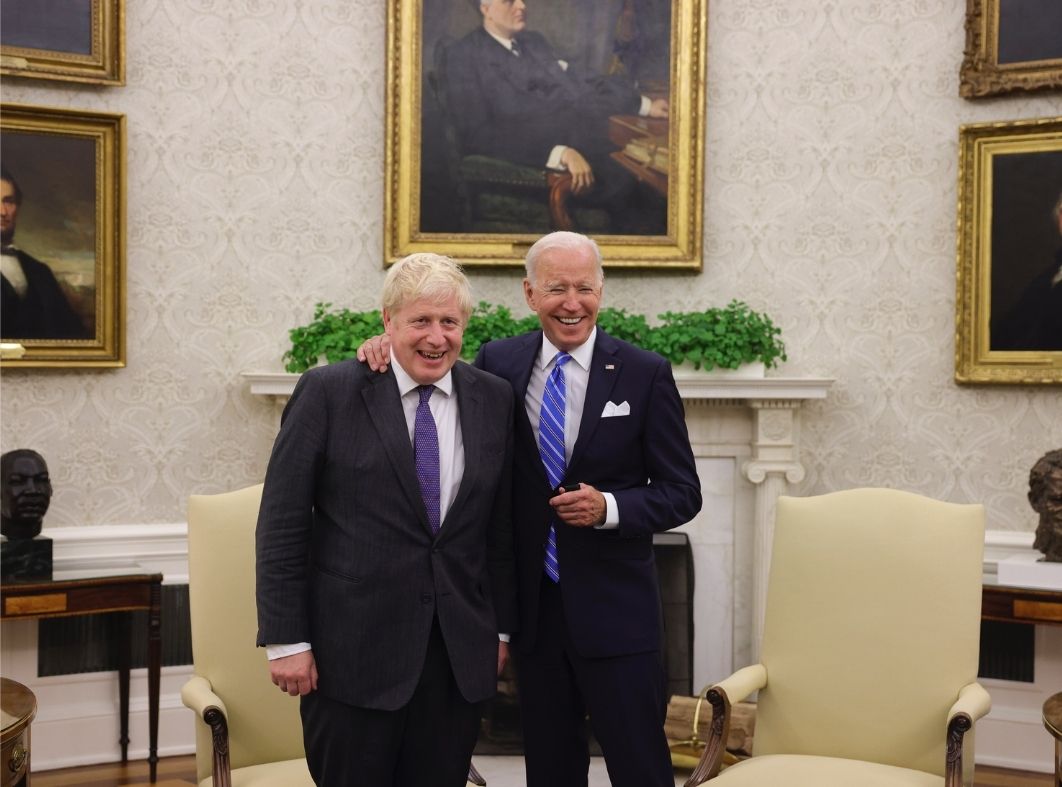 US President Joe Biden and UK Prime Minister Boris Johnson on Tuesday (local time) stressed upon climate change and agreed to continue cooperation in Afghanistan and the Indo-Pacific in Oval Office meeting on the sidelines of the 76th session of the United Nations General Assembly meeting.

“Earlier today I addressed the United Nations General Assembly and I made clear the climate has to be the core area of action for all of us, and as we look ahead to the UK hosted COP26, which I’m really anxious to attend in Glasgow in November,” Biden said. “Our economies have to work together, including through our build back better world initiative that we launched in Cardiff Bay, and today we’re going to discuss the next steps on all of this and as well as how the US and UK can continue our cooperation in Afghanistan and the Indo-Pacific and around the world and I want to thank you again, Boris, for making the effort to be here,” he added.

Johnson thanked President Biden for America’s cooperation on a number of fronts including lifting a ban on British beef, travel restrictions and most importantly climate change, reported CNN. “I think the most important thing today has been your speech Joe to UNGA where you made a commitment on supporting the world to adapt to climate change, doubling the American commitment,” Johnson said, calling it fantastic to see the US stepping up and leading on the issue.

Johnson also discussed the new trilateral partnership among the United States, Australia and the United Kingdom to help Australia acquire nuclear-powered submarines, saying it “has great potential to benefit the whole of the world with security.” Asked if Britain was still at “the back of the queue” for a free trade deal, the President said he would talk about trade with Johnson today and they will “have to work that through.” Biden said he does feel very strongly about the Irish Accords and keeping those in place amid Brexit.

“We spent an enormous amount of time and effort in the United States. It was a major bipartisan effort made and I would not at all like to see, nor I might add would many of my Republican colleagues, like to see a change in the Irish Accords, the end result having a closed border again,” Biden said, drawing an agreement from Johnson.

Biden also briefly weighed in on the possible extradition of Anne Sacoolas, the US woman accused of killing 19-year-old Harry Dunn in August 2019 while she was driving on the wrong side of the road in England, saying the case is being worked on and he believes there had been a civil settlement reached. He said he doesn’t know the status of the case right now but he would follow up, reported CNN.